Bank of the Ozarks (NASDAQ:OZK) isn't a large enough bank to get regular attention from national news outlets, but it's a very interesting story. One piece of the story is a milestone that Bank of the Ozarks passed last year by becoming the biggest bank based in Arkansas. 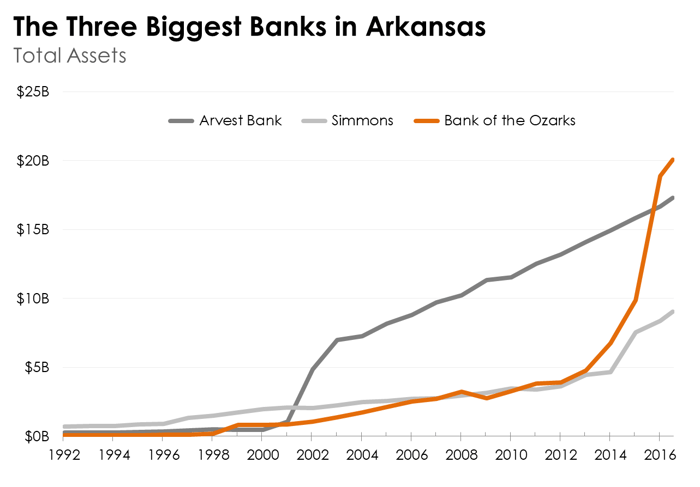 There were three banks in contention, starting with Arvest Bank, which had been the biggest bank in the state by a wide margin since 2002.

Arvest is known as the Walton's bank. Members of the Wal-Mart fortune reputedly own 94% of its stock, which isn't publicly traded. Its chairman is Jim Walton, son of Wal-Mart founder Sam Walton. 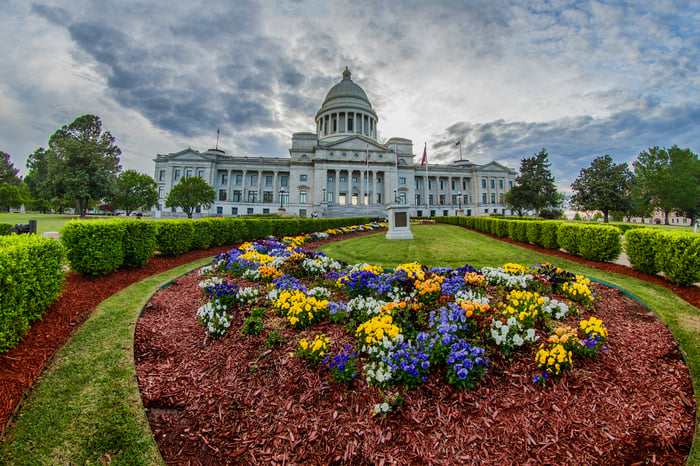 The second bank is Simmons Bank, the banking subsidiary of Simmons First National Corporation (NASDAQ:SFNC), which was the largest bank in Arkansas for years before Arvest assumed the mantel in 2002. This legacy is still visible: The tallest building in Little Rock is the Simmons Bank Tower.

The third is Bank of the Ozarks, which is headquartered in a five-story building on the far-western fringe of Little Rock, next to shopping centers, housing developments, and a golf course.

Bank of the Ozarks' growth

For years, Bank of the Ozarks grew at a pace that was roughly consistent with its two Arkansas-based competitors. But this changed after 2012, when the bank's growth rate rapidly accelerated. 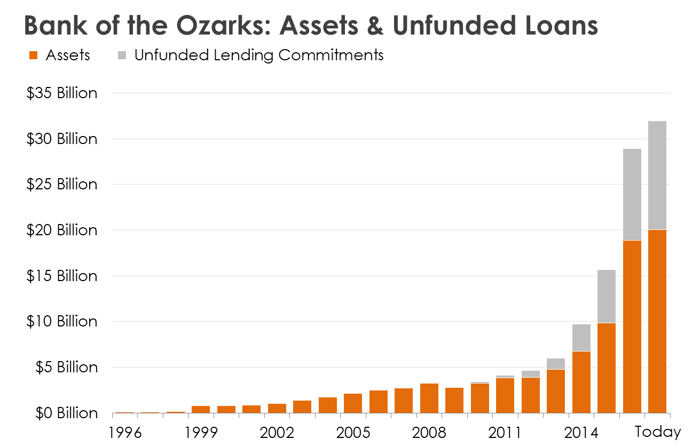 Data source: Bank of the Ozarks, FDIC. Chart by author.

Behind this growth is Bank of the Ozarks' real estate specialties group, or RESG, which makes big and complex commercial real estate loans. Over the past five years, it's done so in almost every major metropolitan area in the country.

It's financing a high-rise hotel in downtown Philadelphia, a condominium tower in Manhattan, a skyscraper in Nashville, a 160-acre redevelopment project in Boston, and on and on. 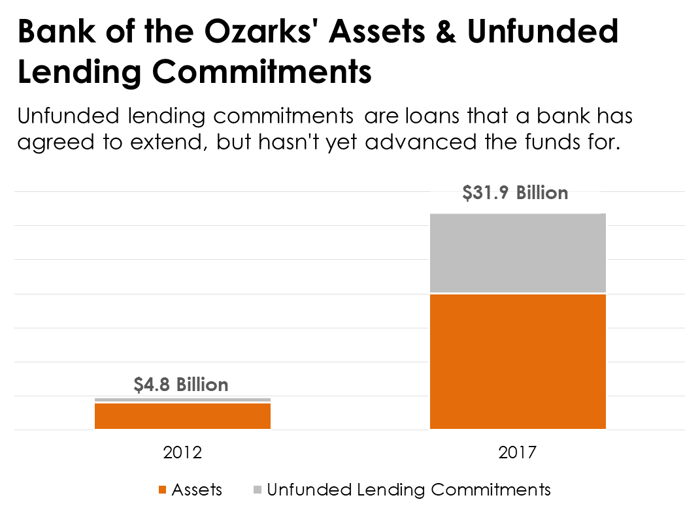 Bank of the Ozarks' willingness to do deals like these, despite the added risk of making out-of-market loans, has enabled it to grow rapidly. Its balance sheet has quintupled in size since 2012, growing to $20 billion today. And it's amassed $11.9 billion in off-balance sheet liabilities, as well, most of which need to be funded over the next three years.

In short, it was this strategy that propelled Bank of the Ozarks beyond the Walton's bank to be the biggest bank in Arkansas.