Friday was a quiet end to the week for Wall Street, with major benchmarks once again largely ignoring any potential threat from a possible North Korean nuclear bomb test in the immediate future. Instead, investors seem to be in a holding pattern pending the beginning of third-quarter earnings season, and they also want to see whether the Trump administration will be able to gain any momentum in getting its policy initiatives through Congress. Even though the market overall was flat, some stocks still fell sharply on downbeat news. Versartis (NASDAQ: VSAR), Wayfair (NYSE:W), and Compass Minerals (NYSE:CMP) were among the worst performers on the day. Below, we'll look more closely at these stocks to tell you why they did so poorly.

Shares of Versartis plunged nearly 88% after the small biotech disappointed investors with poor clinical trial results. The company's somavaratan drug was billed as a potential treatment for growth hormone deficiency, and Versartis had hoped that somavaratan would do at least as well as an existing treatment called Genotropin in producing improved height velocity. Instead, Versartis said that the trial established statistically significant inferiority for somavaratan in one population versus Genotropin, and that largely quashed hopes for a quick pathway toward approval. Investors will have to wait to see what Versartis' next step is, with the company expecting more guidance later this year. 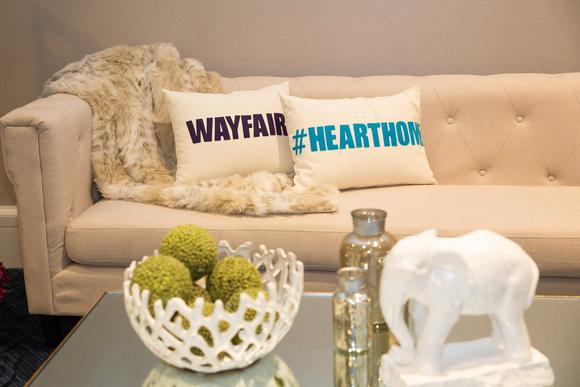 Wayfair stock dropped 9% in the wake of the online furniture retailer finding itself the subject of more negative comments from Andrew Left of Citron Research. Citron's Twitter feed linked to an abstract of a paper by academics at Penn and Emory, arguing that a $10 stock price was a more appropriate level for Wayfair than its current $75 per share price. Citron has been negative on Wayfair for a while, with comments back in June pointing to the furniture website's vulnerability to competition from major e-commerce players. The bearish view is that if Wayfair finds any prospect for success, competitors will simply take that business away from it. It remains to be seen whether Wayfair is in such a weak position.

Finally, shares of Compass Minerals finished down 13.5%. The producer of rock salt for highway de-icing and similar purposes said that a geological movement resulted in a partial ceiling collapse earlier this week. No injuries resulted, but damage to the mine's conveyance system will likely take about six weeks to return to ordinary operating rates. The company also took the opportunity to update guidance for the year to $2.50 to $2.80 per share, which is down around $0.50 to $0.70 from its previous guidance. With higher salt costs, lower volume, and poor results from its plant nutrient business in Brazil, Compass Minerals is facing a perfect storm of bad news.