Various component suppliers are currently suffering from low yield rates, which measure the proportion of units from a production run that can be used. Units that cannot be used are wasted, and nobody wants that. Low yield rates effectively drive up the average cost per unit. Manufacturing always has a high proportion of fixed costs and overhead, but total costs must then be spread out over a smaller number of units. 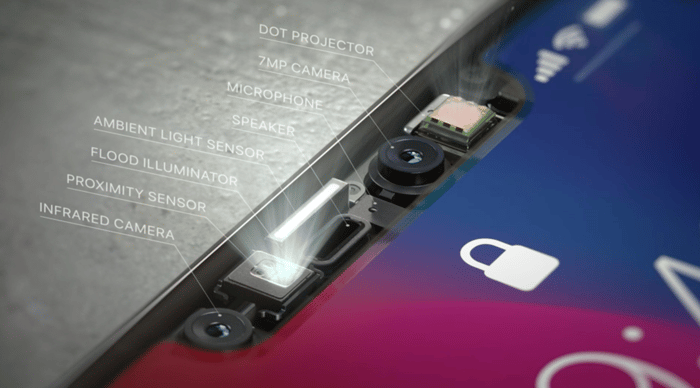 DIGITIMES reported yesterday that Apple has requested that suppliers only deliver 40% of the quantities that it had previously ordered, but some suppliers are struggling just to hit that target due to low yields on their own products. The company used a similar strategy with last year's iPhone 7, according to the report. Apple subsequently requests the remainder of the unfulfilled orders within a couple of months as it ramps. DIGITIMES doesn't specify which components it is referring to, and its sources say that Apple is waiting to see how the iPhone 8 and 8 Plus fare, as well as how iPhone X pre-orders play out.

Alternatively, this could be also be a sign that Apple is facing a component bottleneck elsewhere within its supply chain and is simply trying to coordinate all the moving parts in order to avoid excess inventory of some components while suffering shortages of others.

The Nikkei Asian Review was a bit more specific this morning, though, saying that the 3D sensors at the heart of the TrueDepth camera system and facial recognition technology are the culprit. The report cites two sources who work at 3D-sensor component suppliers that "are still struggling to reach a satisfactory level of output" and trying to improve yield rates.

These 3D sensors appear to be the primary bottleneck, with Yuanta Investment Consulting analyst Jeff Pu telling the outlet that 3D sensors are the "only major issue left in the production of iPhone X."

OLED panel supply had earlier reportedly been a constraint (Samsung is the sole supplier), but that appears to have been resolved. Meanwhile, it's no secret that suppliers for the vertical-cavity surface-emitting lasers (VCSELs) that Apple is using are having issues.

For example, Finisar recently said it was experiencing delays due to a VCSEL manufacturing process change. The company is still working through the changes, but CEO Jerry Rawls (who recently announced his intention to retire) briefly discussed how the company is balancing yields with investing in manufacturing capacity. In a call earlier this month, an analyst asked if Finisar was planning on buying more equipment to ramp production, and Rawls responded:

Let's see. That mostly has to do with yields. And if our yields are very high, we got to work, more obviously have more capacity. So I'm -- I mean we're looking at every possibility of how we might expand that capacity. But right now, I'd say we're focused mostly on yields. And if I think our most optimistic view right now of yields is that we could potentially ship $30 million a quarter, maybe something like that.

There is about $5 worth of VCSEL content per iPhone X, so $30 million per quarter would translate into approximately 6 million units -- or just 2 million units per month at current rates. Finisar is one of what appears to be three VCSEL suppliers, and its yields continue to improve, but seeing as how Apple will need tens of millions of iPhone X units, the company is relying on VCSEL suppliers to aggressively improve production yields.