Uber has tentative plans to file for its initial public offering (IPO) in the next 18 to 36 months, according to the company's new CEO Dara Khosrowshahi. But potential investors may be less enthralled with the idea of owning Uber stock after the Transport for London (TfL) -- the city's highest transportation authority -- said last week that it won't renew Uber's private-car hire license.

"TfL considers that Uber's approach and conduct demonstrate a lack of corporate responsibility in relation to a number of issues which have potential public safety and security implications," the city said in a statement.

One of the key problems the TfL has with Uber is the company's use of its now infamous Greyball software, in which phony Uber vehicles were shown in some users' apps in order to hide the locations of real Uber vehicles from government officials (more on this later). 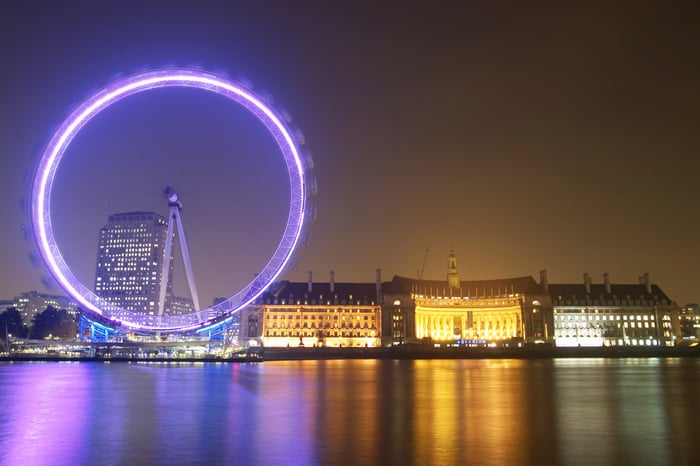 Uber's loss of its private car-hailing license in London comes at a time when the company is already trying to repair its reputation, so let's take a look at what we know about Uber's business in London and its potential impact on the company.

What this means for Uber

Khosrowshahi apologized for the company's past actions in a statement posted on Twitter this week but also said Uber would appeal London's decision.

"We will appeal this decision on behalf of millions of Londoners, but we do so with the knowledge that we must also change," Khosrowshahi wrote.

Uber's business will most likely continue as usual in London in the short term. While the private car license business expires soon, Uber's appeal means that the 40,000 drivers currently registered to work in London could continue to pick up passengers.

The real problem will come if Uber fails to win that appeal and is actually banned from operating in the city. That would result in an immediate decrease of about 3.5 million active customers for Uber, representing about 5% of its overall active user base.

The financial impact is still unknown because Uber isn't a publicly traded company yet and we don't know how much London accounts for its overall revenue. But considering that the city has a population of 8.8 million people, this is clearly not a city Uber wants to lose.

Aside from the potential financial implications, fighting London for the right to stay in business could set a bad precedent that other cities could follow. The biggest concern here is that other cities will cite Uber's use of Greyball to kick the company out of their city.

So what exactly is Greyball? Essentially, Uber used parts of its app to gather information about its users and, specifically, tried to find out whether a user had ties to the local government or law enforcement. The company even went so far as to track donations to police organizations in some cases.

When Uber identified what it thought was a government official it would present them with a version of the app that only displayed fake vehicles that were already picking up other riders and also sent drivers to them that would end up cancelling the ride before they even reached the officials (in fact, they were probably never even en route to them).

Uber had called these software tweaks Greyball and the point was to evade the police and other officials in cities where Uber wasn't permitted to operate. In some cases, Uber drivers who had picked up law enforcement or government officials by accident would receive a call from Uber telling them to end the ride.

After it was discovered what Uber was doing the company said in an email to The Verge, "This program denies ride requests to users who are violating our terms of service. Whether that's people aiming to physically harm drivers, competitors looking to disrupt our operations, or opponents who collude with officials on secret 'stings' meant to entrap drivers."

Uber has since said it has shut down the Greyball program, but the damage has already been done.

This won't end an Uber IPO

London's refusal to renew Uber's ride-hailing license isn't likely to derail an Uber IPO, but it's clearly more bad news that Uber didn't need. The company is still trying to fix its brand after ousting its co-founder and is facing pushback from cities around the world for its aggressive expansion and questionable business practices.

Investors who have been waiting patiently for the Uber IPO may still be able to buy the company's shares in the next couple of years (or sooner), but it's becoming increasingly clear that Uber will have to fix its brand and change its business practices before that day comes. As it stands right now, the company has a long way to go before I'd trust it as a solid investment.