When Activision Blizzard (NASDAQ:ATVI) acquired King Digital Entertainment in early 2016, it brought under its umbrella one of the best mobile game makers in the world, boasting two of the top-grossing games on mobile devices, Candy Crush and Bubble Witch.

One of the biggest growth opportunities for King going forward is mobile in-game advertising. It's just one of several new growth initiatives Activision is tackling to grow its interactive entertainment empire. 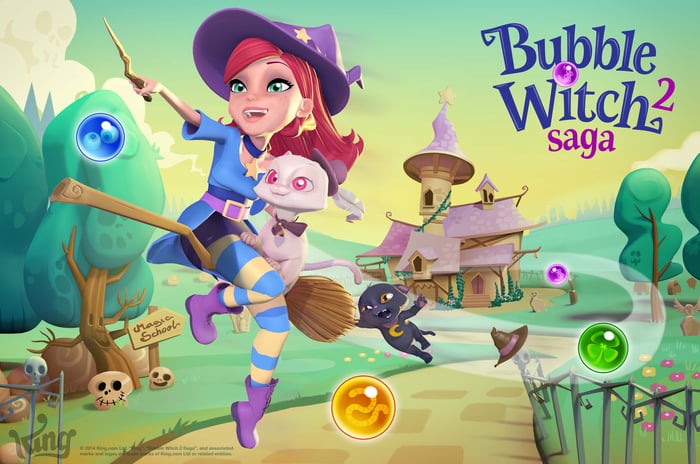 King is currently testing in-game advertising, which Activision management believes can meaningfully contribute to the company's financial results in the years to come. Activision President and COO Collister Johnson explained on the second-quarter 2017 conference call:

We now have new industry-proven leadership in place driving the advertising business. The team is focused on the creation of premium video ad products that can improve player experience, deliver value to advertisers and create meaningful new revenue streams.

Given the growth of the overall mobile advertising ecosystem and the relative brand safety of our network, in particular, we think this is a meaningful opportunity for the future.

This is a crucial discovery for Activision because some mobile game makers have been reluctant to place in-game ads in their games. It seems gamers would find ads an inconvenient annoyance, but it's obvious based on its success so far that King knows its player base well.

King's early success with ads can be attributed to management's focus on putting the player experience first. The fact that King is already a large, successful company with about half a billion dollars in operating income means it can afford to experiment. The ads King is testing have been video ads, which have been the fastest-growing digital ad format in the U.S., according to eMarketer. Total spending on mobile video advertising is expected to reach about $7 billion by 2019. For perspective on how fast this market is growing, mobile video ad spending was less than $1 billion in 2013.

With people spending more time playing games on mobile devices, it's becoming an important market for brands to target. In 2016, Americans spent more time playing mobile games than watching content on Netflix, Hulu, or YouTube, according to SuperData research. Total time spent increased 5% and it's expected to continue growing in the future.

Even the most hardcore gamers who play on Xbox, Playstation, or PC have spent time playing mobile games. Since 2013, the percentage of console players who also play games on a mobile device has risen from 46% to 62%. Brands have a difficult time reaching these players on consoles or PCs, but the mobile game market is more open since most games are free to play, leaving mobile game makers willing to run ads in order to supplement revenue.

Another appealing characteristic of the mobile demographic for advertisers is the share of male-to-female gamers is more evenly split than on PC or console, which are more popular gaming platforms among men. According to Newzoo, among the online population across 13 countries who play games, 48% of women and 52% of men play mobile games, as opposed to only 35% and 23% of women preferring to play games on PCs or consoles, respectively.

Activision expects in-game advertising to somewhat contribute to 2017 revenue, but it will begin to have a significant impact starting in 2018 and beyond. In-game advertising is just one of the many growth opportunities Activision is pursuing. As esports, consumer products, and the company's studio division get underway in the next few years, Activision may look very different -- in a good way -- in five to ten years.