Though it may not seem like it, the Chipotle Mexican Grill, Inc. (NYSE:CMG) of today is much different than the Chipotle of 20 years ago.

While the menu and minimalist decor at its restaurants have remained largely the same, the underlying philosophy at the company, and of Steve Ells, its founder, CEO and chairman, has changed in important ways during that time.

In order to understand how, we need to go back in time to when Chipotle was just a scrappy, start-up burrito chain. 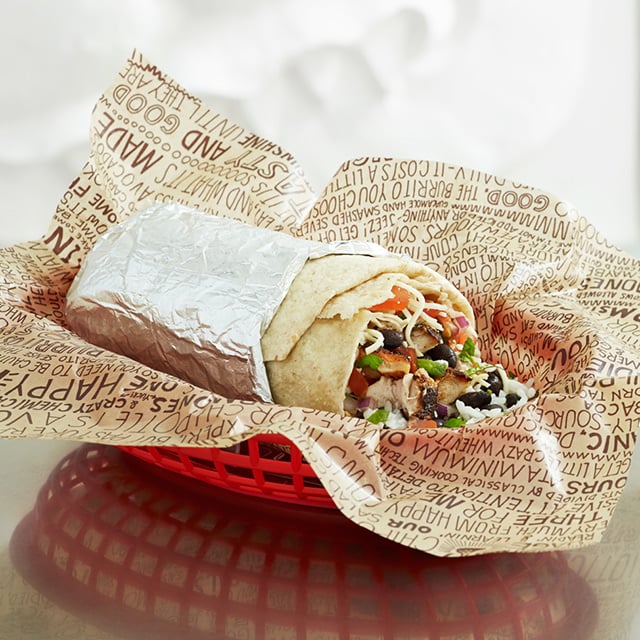 Ells, a culinary school graduate, opened the first Chipotle in 1993 in order to fund a fine-dining restaurant. Unlike other fast-food restaurants at the time, he used only fresh ingredients and classic cooking techniques like soaking beans and marinating. Chipotle's kitchens did not have freezers, microwaves, or can-openers, and never have. As a result, the food received rave reviews, and the concept took off. It slowly grew to 13 restaurants by 1998 when McDonald's (NYSE:MCD) took an interest in the company.

While it may seem hard to believe now, McDonald's was the majority owner of Chipotle for eight years, giving it much-needed capital for expansion and supply chain expertise to go with it. The two brands clashed culturally during that time, as the burrito chain resisted traditional fast-food tactics like drive-thrus, breakfast, and advertising. The turning point in Chipotle's trajectory as a brand may have come when Ells visited one of McDonald's farms.

As a Bloomberg oral history of Chipotle explains, Ells had never been to one of his supplying farms before, but told his dad that the McDonald's chicken farm he visited was "the most disgusting he'd ever seen in his life." From that point on, Chipotle's "Food with Integrity" platform began to develop. For example, Ells sought out Niman Ranch, which sells humanely raised meats, to supply pork for its carnitas.

Today, the company's Food with Integrity motto defines the brand more than anything else. Chipotle refuses to use added colors, flavors, or preservatives; it sources meat from humanely raised animals, and does not serve food with GMOs.

For a while, that all seemed great, and the stock rocketed up more than 1,500% from its 2006 IPO to its peak in 2015. But the brand has unraveled since the E. coli outbreak that year, which sent its stock reeling. Now it seems that the company has been overly focused on the Food with Integrity platform to the detriment of more fundamental aspects of its operations.

A series of missteps

First off, while foodborne illnesses are a risk that all restaurants face, the E. coli outbreak was not exactly a freak occurrence. Before the nationwide E. coli outbreak at the end of the year, Chipotle had also experienced a salmonella infection in Minnesota that sickened 64 people, a Norovirus outbreak in California that infected more than 200 people, and a smaller E. coli outbreak in Seattle. At the peak of the E. coli crisis, a Boston-area location also had to close from a Norovirus infection that made more than 100 people sick. Chipotle was faulted by some experts for lax food-safety standards, and the company exacerbated the problem by being slow to apologize, at times blaming the media and the CDC's reporting methods.

Since then, Chipotle has tried a wide range of moves to get customers back in the door. It's offered free food; it started a loyalty program; it's improved its app to allow mobile ordering; and it's added new menu items like chorizo and queso. None of these has been entirely successful in restoring the chain's past glory, however, and the stock is now plumbing depths not seen since 2013, off 60% from its 2015 peak.

Meanwhile, the company seems to be as convinced as ever that the Food with Integrity platform is the key to its comeback. It was the focus of a recent national TV ad campaign, and Ells continues to tout how the company is changing the way people eat at the beginning of each earnings call.

Chipotle is not Whole Foods

The burrito chain increasingly seems to be a mission-driven company rather than a business-driven one. While that was fine in good times, it's become a problem following the E. coli crisis, and seems to be indicative of a company that does not understand its customer base.

Chipotle is not Whole Foods, a company that was founded as a natural food store and continues to this day to ban ingredients like high-fructose corn syrup. Whole Foods caters to a specific high-end demographic; Chipotle's customers represent a much broader base, including students, businessmen, and families, from a range of races, ages, and income levels.

Many of those customers never asked for a preservative-free tortilla, or for the company to eliminate GMOs. Ells and Chipotle took on that mission themselves, and it cost valuable resources, focus, and energy that could have been spent preventing some of the food safety incidents earlier on, or helped improve operations in other ways.

The path to a better Chipotle

Late last year, Ells admitted that many of the company's restaurants weren't adequately meeting basic standards like keeping restaurants clean and stations stocked, and he said many of its locations received "C" grades.

Earlier this year, CFO Jack Hartung told CNBC, "We discovered that we lost our focus on just the basics of running a restaurant... we emphasized culture over and above the customer and over and above great training."

That's a serious indictment for a company that had been a stock market darling for so long.

Former co-CEO Monty Moran, who was in charge of Chipotle's "people culture," was fired in the aftermath of the E. coli incident, but the board may want to consider reining in Ells as well.

Notably, food with integrity was not a part of the company's early success, and Ells' evangelism for responsibly raised food may no longer be an asset. It's probably too late for Chipotle to undo its "Food with Integrity" messaging, but it could at least downplay it in favor of value or taste, which I suspect drive most of its customers' lunch-purchasing decisions.

There's no easy way for the company to win back lost sales, but it may be time for Ells to step down from the chairmanship so the company can get some new ideas and oversight. The Food with Integrity platform was rendered moot by the E. coli crisis and other food safety issues, but management decided to double down on it instead of losing the holier-than-thou attitude.

The company needs a new message, and Ells does not appear to be the right person for that job.