Please ensure Javascript is enabled for purposes of website accessibility
Log In Help Join The Motley Fool
Free Article Join Over 1 Million Premium Members And Get More In-Depth Stock Guidance and Research
By Keith Speights - Oct 1, 2017 at 11:31AM

This marijuana stock checks off all the boxes.

Including only the U.S. in the question excludes several of the top candidates, such as U.K.-based GW Pharmaceuticals (GWPH) and the leading Canadian medical-marijuana suppliers. The word "best" is subjective, of course, but in my view rules out the many penny stocks trading over the counter. And while Cara Therapeutics is very promising, that promise stems primarily from products that have nothing to do with the cannabis plant, so I'm hesitant to crown it as the best U.S. marijuana stock.

After evaluating the remaining contenders, I think there's a good argument to be made that the best U.S. marijuana stock is -- drum roll, please -- Insys Therapeutics (INSY). Here's why. 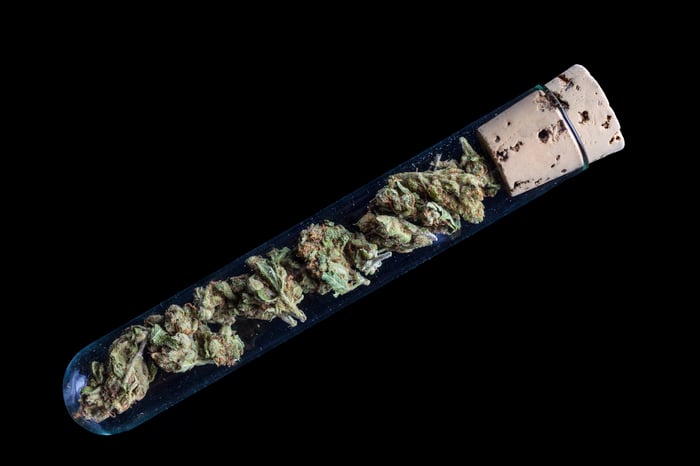 First of all, not only does Insys stock trade on U.S. exchanges, but the company is also based in the U.S. -- in sunny Chandler, Ariz. It also operates a manufacturing facility in Round Rock, Texas.

Some might argue that Insys' primary product right now isn't a cannabinoid. That's true: Subsys is an opioid. However, it's highly likely that Syndros will become the company's top product in the next few years. In addition, note that Insys Therapeutics' stated vision is to "improve the quality of patient care by building a specialty pharmaceutical
company focused on cannabinoids and novel drug delivery systems that address unmet patient needs."

So Insys is a U.S. marijuana stock, but is it really the best? CEO Saeed Motahari said at the Cantor Fitzgerald Global Healthcare Conference on Wednesday that he intends for Insys to become "the top cannabinoid company in the U.S." He mentioned the biotech's research and development focus but also highlighted its manufacturing capability. Motahari claimed that no other U.S. company can manufacture CBD with the efficacy and purity that Insys' Texas facility can do.

Aside from Motahari's statements, there's also the fact that Insys claims the highest market cap among U.S. companies that either currently or stand to generate a significant portion of their revenue from cannabinoid products. It also has a better balance sheet, with no debt and a nice cash stockpile. Last, and certainly not least, Wall Street analysts project that Insys will grow earnings by an average annual rate of 28% over the next five years.

What about the dark clouds hanging over Insys that have made it one of the most hated biotechs based on short interest? One of the biggest concerns about the company is the ongoing investigations into its sales and marketing practices related to Subsys. Another issue is the huge sales plunge for Subsys, stemming in large part from worries about the U.S. opioid epidemic. There is also some skepticism about how well Syndros will perform. 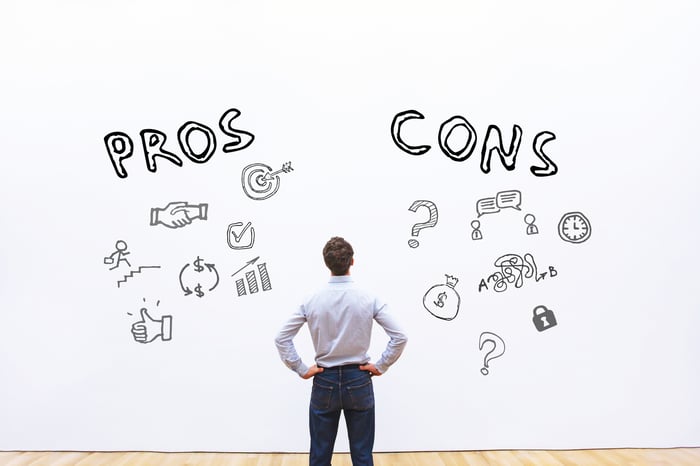 First, it's important to understand that the investigations focus on Insys' past. When Motahari took the helm as CEO earlier this year, he replaced much of the top executive team. Around 70% of the sales force has been hired in the last year. He also brought in an independent agency to review Insys' processes and practices. Insys is working to resolve legal issues with the U.S. Department of Justice and various states. While it's likely that the company will eventually have to pay a hefty settlement, there's plenty of reason to believe that the mistakes are all in the past.

As for plummeting sales of Subsys, Motahari said at the Cantor Fitzgerald conference that the rate of the decline slowed in the third quarter. He also expects sales to stabilize in the fourth quarter and especially in 2018 -- thanks to agreements now in place with the two largest pharmacy benefits managers (PBMs) to include Subsys on their drug formularies. Despite the opioid crisis in the U.S., Motahari correctly stated that there remains a "legitimate need" for drugs like Subsys to help cancer patients manage pain.

It's still early to know how well Syndros will perform commercially, since the product only launched in August. Motahari acknowledged that there is "a slow initial uptake" for the cannabinoid drug. However, he also stressed that the progress has been "consistent with other Class II launches," referring to Syndros' DEA scheduling as a Class II narcotic. Insys continues to project that Syndros will reach peak annual sales of around $200 million. 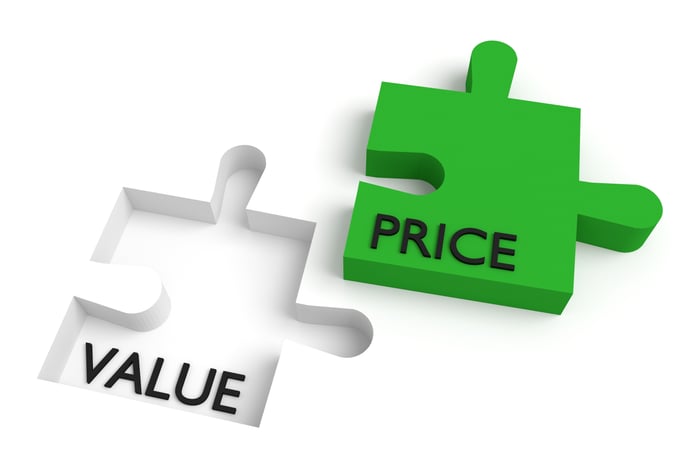 Insys Therapeutics' market cap currently stands at a little over $650 million. Let's assume that Subsys sales stabilize at around $160 million per year. That seems feasible, considering recent performance and the new PBM contracts. Let's also go with Insys' estimate of Syndros sales of $200 million. That's combined revenue of $360 million, which would give Insys a price-to-sales ratio of 1.8. That's really low.

Sure, the company posted a loss in the second quarter. If you dig into the numbers, though, you find that roughly half of that loss stemmed from charges related to litigation and settlements. Insys has also heavily increased research and development investments. The former will eventually go away, while the latter should decrease as the company's pipeline candidates advance.

Speaking of pipeline candidates, Motahari said he's confident that Insys will submit one regulatory filing per year over the next five years. He said the company has particularly selected indications for its CBD candidate "based on a review of where competitors are," a veiled reference to GW Pharmaceuticals, which is pursuing approval for its CBD product Epidiolex. Factoring in the pipeline potential could lead reasonable investors to conclude that Insys stock is dirt cheap.

Insys is by no means a perfect stock. It could be too risky for many investors. But is it the best U.S. marijuana stock on the market right now? Probably so.