Chipotle Mexican Grill, Inc. (NYSE:CMG) stepped in goop once again when it introduced its new queso across the country earlier this month. 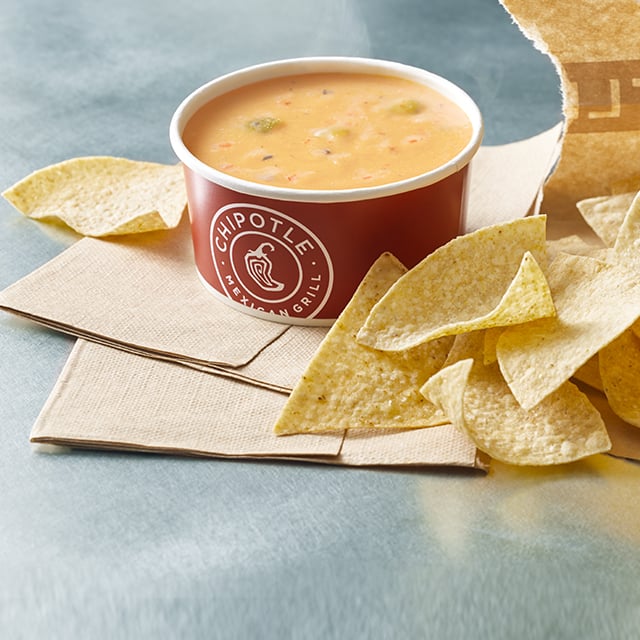 Fans had long clamored for the burrito chain to offer the cheesy dip, but once they got their hands on it, the backlash on social media was palpable.

Chipotle's queso is worse than their E. coli

The best part of the Chipotle Queso is that it comes in a neat container that makes it easy to throw in the garbage.

Chipotle had long resisted calls for it to serve the dip, claiming that its natural-food standards made it impossible to make the gooey cheese sauce, which normally requires artificial ingredients. However, with the stock languishing since the 2015 E. coli outbreak, management reversed course. CEO Steve Ells said in an internal memo that queso was the most-requested item that the company didn't serve, and that all of its competitors had it.

Chipotle claimed its queso tested well before the nationwide rollout, and said the response on social media was not representative. Still, the many negative comments are disconcerting for investors.

All-natural ingredients like Chipotle serves have been trendy in the American food industry for at least the last decade. Packaged food companies like Campbell Soup, Kellogg, and General Mills (NYSE:GIS) have embraced organic brands, and attempted to strip artificial ingredients from some of their most popular products.

But when General Mills changed the recipe for a cherished cereal, it faced an outcry similar to what Chipotle is experiencing with queso.

In 2015, the food giant said it would remove artificial flavors and colors from its cereals in response to customer demands. However, when the company finally got around to changing the recipe for Trix and removed many of the bright colors from the sweetened cereal, its fans were not happy -- some called the new version "depressing," or compared it to a salad.

Because of the negative response, the company said last week that it would bring back the original Trix to stores, though it would also continue to sell the healthier version.

The pendulum swings both ways

Trix is a sugary children's cereal and its fans seem to like it as it is. Similarly, no one is eating queso for the health benefits, or because they are concerned about all-natural foods. It's a tasty, unhealthy snack, and if it tastes better with artificial ingredients then consumers are likely to prefer it that way.

Chipotle doesn't have the luxury of being in the same position as General Mills -- its Food with Integrity platform means the company can't simply go back to serving traditional queso without breaking its corporate principles. But it should listen to its customers.

We won't get any kind of update on sales until Chipotle's third-quarter earnings report, and it's possible that the silent majority enjoys the cheese sauce. But if not, the burrito chain needs to go back to the drawing board and figure out a better recipe. Queso is too important, both for the brand and the company's comeback, for Chipotle to serve up a mediocre product.

The burrito chain is already struggling to bring customers back in the door after the earlier E. coli outbreak, and meeting its customers' demands should be its first priority in that mission. Queso is its best shot at a recovery. If Chipotle can't do it with cheese, it's hard to see what will work.