Please ensure Javascript is enabled for purposes of website accessibility
Log In Help Join The Motley Fool
Free Article Join Over 1 Million Premium Members And Get More In-Depth Stock Guidance and Research
By Daniel Miller - Oct 2, 2017 at 8:15AM

Here's a quick glance at some big movers or big headlines in the markets this week.

What a week it was! The S&P 500, Nasdaq, and Russell 2000 hit all-time highs on Friday, and all registered weekly, monthly, and even quarterly gains. If that's not a good way to walk into October, I don't know what is.

Those high notes aside, here are a few notable developments in the markets this week.

Over the first couple of trading days of the week, shares of Blue Apron Holdings (APRN 6.62%) moved roughly 13% higher, before settling in for a 6% weekly gain -- still a great move for a company that has shed roughly 45% of its value since its mid-summer IPO.

The driving force behind the move higher was simple: An analyst finally had good things to say about the company. Matt DiFrisco of Guggenheim Securities initiated coverage on the meal-kit delivery company with a "buy" rating and a price target of $9, far above its current trading price of $5.47. In setting his rating, DiFrisco said Blue Apron is the leader in an industry projected to grow at roughly 25% annually over the next three years. 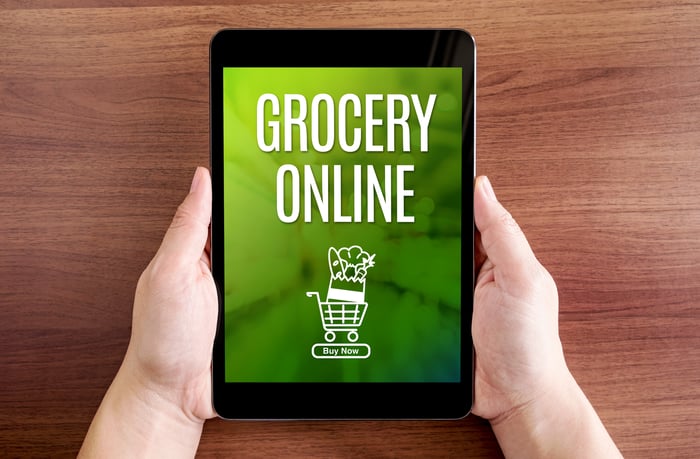 While the meal-kit-delivery company is popular, Blue Apron investors were punched in the gut when Amazon.com (AMZN -3.15%) bought Whole Foods Market and made everybody wonder what the internet-retail juggernaut could do to Blue Apron's business model. The fears many had were confirmed when Amazon quietly announced a small Seattle-only test of its own meal-delivery service, which could give us all a glimpse of what the future holds for both Blue Apron and Amazon.

The world has plenty of computers and plenty of bad guys, so the hacks will keep on coming. Whole Foods was itself a recent victim, facing a credit card security breach involving its restaurants and other in-store venues. If there's any good news, it's that the breach didn't affect data from its store checkout registers, which Whole Foods says use a different point-of-sale system.

Speaking on CNBC, Jim Cramer made a great point that while the two point-of-sale systems prevented further damage, it also points to how Amazon can make the grocery chain's operations more efficient and drive costs down in ways other than lowering food costs.

Whole Foods wasn't the only company to experience such a hack this week. Drive-through restaurant chain Sonic announced that hackers had targeted it in a similar attack.

Although many economists and analysts see its popularity as a bubble, bitcoin doesn't look to be going away. Using the cryptocurrency to purchase goods can sometimes be a challenge, but Overstock.com (OSTK -5.70%) has been testing these waters recently and made an announcement that sent its stock up over 21% for the week.

On Wednesday, Overstock said it would participate in a joint venture to launch a cryptocurrency trading market. Overstock's tZero subsidiary will partner with RenGen LLC and Argon Group on the venture. With Wall Street now a licensed exchange on which traders can move digital tokens in similar fashion to shares of common stock, there's potential for tZero to generate revenue from token listings and commissions.

This is a wildly bold and speculative move, but it reflects Overstock CEO Patrick Byrne's prediction that even major companies will eventually turn to tokens, rather than common stock, to raise capital and distribute ownership. This will be an intriguing story to watch play out over the coming decades, but if investors are confused by the direction of Overstock's recent move, the 20% price jump could give you a chance to take some profits.