Please ensure Javascript is enabled for purposes of website accessibility
Log In Help Join The Motley Fool
Free Article Join Over 1 Million Premium Members And Get More In-Depth Stock Guidance and Research
By Jason Hall - Oct 3, 2017 at 6:31AM

There's a very big trend that's going to play out for several decades. It could make Welltower an incredibly profitable investment.

Dividend investors looking for a safe income stock might find themselves taking a close look at Welltower Inc (WELL 0.60%), one of the largest owners of senior housing and healthcare properties in the United States, United Kingdom, and Canada. With a yield near 5% at recent prices and an impressive track record of dividend growth, it certainly has every appearance of being a wonderful investment.

In general terms, those are certainly things to like about the company. But there's even more to like that makes it one of the most appealing stocks to buy right now and hold for potentially decades to come, as tens of millions of Americans age and reach retirement age. 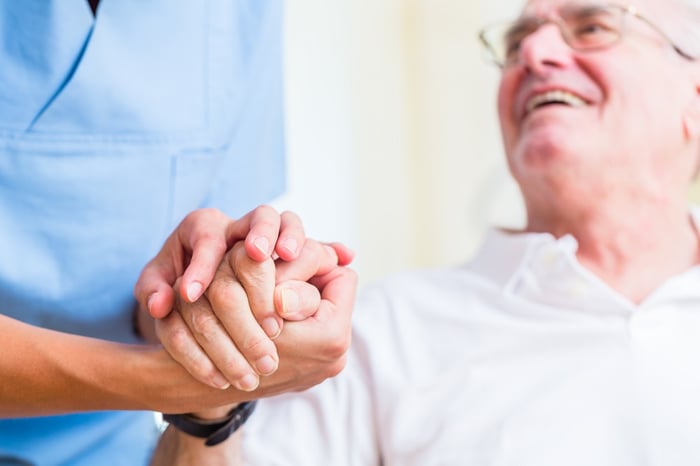 The massive trend that could drive huge growth for Welltower

In less than 20 years, every American baby boomer will be over age 65, with an average of 3 million reaching retirement age each year until 2029. This will lead to a more than doubling of the 65-plus population -- totaling more than 80 million people by 2030. It will eventually lead to the biggest population of 70-plus and then 80-plus people in global history, with the 85-plus population expected to double from 2016 to 2036.

This steady growth of the elderly population will require significant expansion of the existing facilities to provide for their housing and medical care, particularly since millions of this generation -- and subsequent generations -- will outlive the one before. 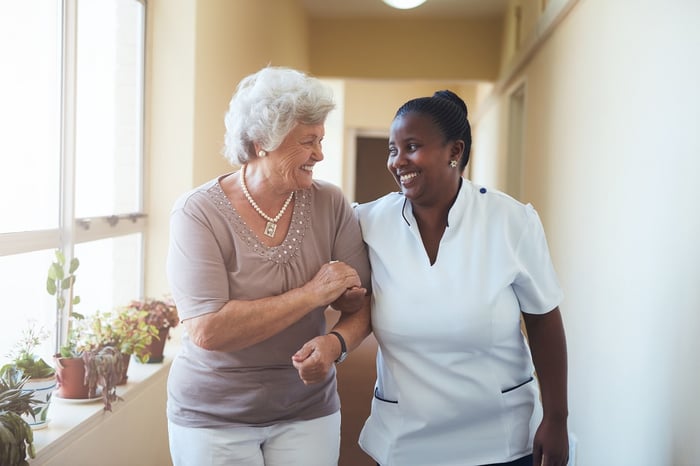 For Welltower, the opportunity is really twofold. To start, there's the obvious path of growth, as the company participates in the expansion of the kinds of facilities it specializes in, particularly senior housing. This includes assisted and independent living properties and an expanded focus on memory care facilities, which focus on housing and caring for people with Alzheimer's disease and dementia, both of which are on track to expand hand in hand with the aging population.

The second part of the opportunity for Welltower is consolidation. As my colleague Matt Frankel recently wrote, less than 15% of American healthcare properties are owned by REITs like Welltower.

And as one of the biggest and best-capitalized companies in the industry, Welltower should be well-positioned to expand, both by acquiring facilities and by working with its healthcare provider partners (in these arrangements, Welltower owns the properties but contracts with healthcare companies that operate them).

Welltower compared to its biggest peer

Trading for nearly 17 times trailing funds from operations, Welltower is trading for a bit of a premium to its typical valuation over the past couple of years. For instance, at the start of 2017, it traded for below 15 times FFO, and 16.2 times FFO at the beginning of 2016. It also trades for a higher premium than Ventas (VTR 2.26%), its closest-sized peer with a similar earnings profile. However, they both pay a similar dividend, yielding just below 5% at recent share prices, indicating that the market values them similarly right now. 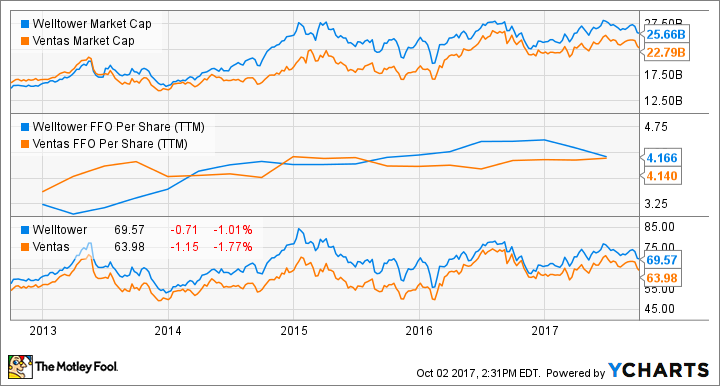 But at the same time, Ventas is a different company, holding a much broader portfolio of healthcare real estate. While Welltower is primarily focused on senior care and housing, Ventas generates more than 40% of its net operating income from medical office buildings, life-science facilities, health system administration properties, skilled nursing centers, hospitals, and loans to its healthcare partners.

In other words, Ventas is a decent starting point to compare with Welltower, but there are definite differences between the two companies that must be considered.

Is Welltower worth buying today?

Welltower stock is a bit pricey compared to its recent historical average. There's certainly the chance that its stock price falls at some point in the short term, creating a better entry point. But even with the potential of getting it for cheaper, the current share price and dividend net a nearly 5% yield -- a very solid payout that's far more likely to go up before it goes down.

Finally, Welltower's focus on a segment of senior healthcare housing gives it direct exposure to decades of potential growth, and its strong partnerships with some of the biggest healthcare providers in this space should play a big role in providing ample opportunities to add and acquire more properties over the next 20-plus years.

Add it all up, and Welltower's current valuation may be a bit rich, but investors who buy today and hold for many years stand a very good chance of getting incredible long-term returns.