Please ensure Javascript is enabled for purposes of website accessibility
Log In Help Join The Motley Fool
Free Article Join Over 1 Million Premium Members And Get More In-Depth Stock Guidance and Research
By Jordan Wathen, Jason Hall, and Daniel Miller - Oct 4, 2017 at 9:00AM

Here's why Vestas Wind Systems, Union Pacific, and U.S. Bancorp are stocks fit for a buy and hold portfolio.

The buy-and-hold investment philosophy works because it allows your winners to compound in a tax-free manner, allowing you to build wealth over time by benefiting from the growing earnings and profits of the market's truly exceptional companies.

Jason Hall (Vestas Wind Systems): One of the biggest and most important industries is energy, and in the decades to come, trillions of dollars will need to be invested around the world to meet the power needs of a growing global population. And there's a clear trend toward more and more renewables to meet humanity's energy needs. That alone should be enough to put Vestas Wind Systems on investors' short lists for a long-term stock to own.

And when you dig in, you'll find a lot to like. To start, Vestas is one of the dominant companies in wind turbines, commanding over 16% of global onshore installations in 2016, good for No. 1 global market share. Furthermore, Vestas has a pretty strong backlog of more than 20 billion euros, evidence of solid long-term demand for the company's wind turbines and related services. Lastly, global energy investments have already started trending more and more toward renewables, with expectations that 80% of energy demand growth will be met by renewables within two decades. To put it another way, the vast majority of future energy investments are going to be in renewables.

Trading for 17 times trailing earnings, Vestas is a cheap buy today. Well-run with excellent management and huge long-term growth prospects, it's potentially worth holding for decades. 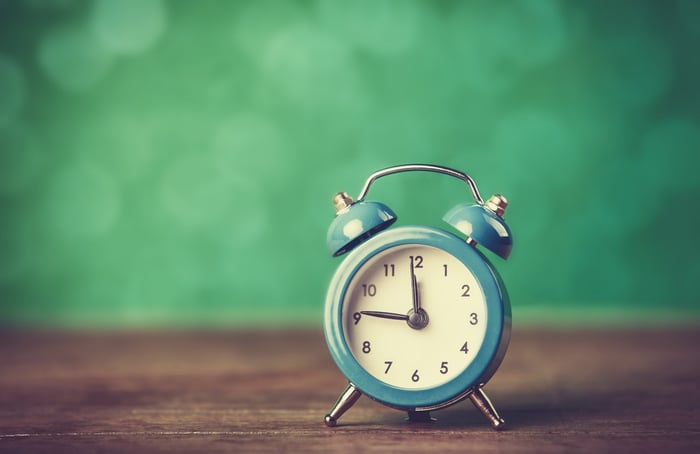 Here for the long haul

Daniel Miller (Union Pacific): Holding stocks for three decades-plus is a difficult task only because of how incredibly fast the world and businesses change over that time. Because of that rapid change of pace, many businesses and their shareholders go the way of the dinosaurs in a fraction of that time period. While Union Pacific is a massive railroad improving its operations, it won't post lucrative growth, but over a 30-year time span you can rest assured knowing this is one of the safest investments out there.

Union Pacific has an excellent network of routes, strategic terminal points, and wide access to ports, making it a great company to transport goods across much of the United States. The company has really tightened its business in recent years, including in 2009, when many businesses were struggling from the recession and management was able to cut costs faster than its sales declined. That operational improvement has continued in the years since 2009, and during the second quarter Union Pacific improved its operation ratio to a record 61.8%. 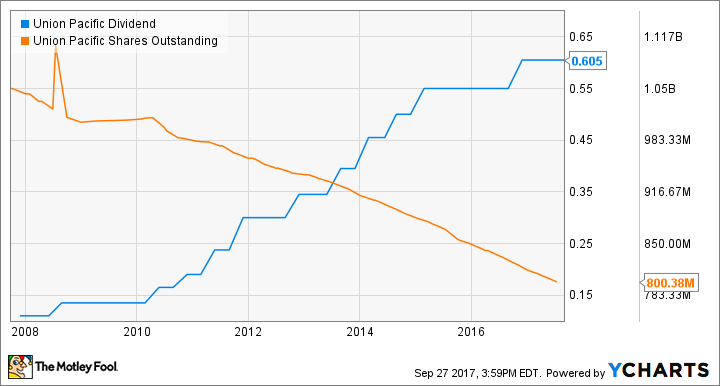 Another positive factor for long-term shareholders is that Union Pacific has consistently returned value to shareholders through increased dividends and share buybacks to reduce its outstanding shares. Union Pacific has carved out a great situation with its network of routes, which aren't easily duplicated, and continues to improve its operations, all while rewarding shareholders. There's no reason that can't continue for the next 30 years.

A bank you can confidently own for the long haul

Jordan Wathen (U.S. Bancorp): I can think of few better investments over the long haul than a well-run bank. U.S. Bancorp is an exceptionally well-run lender that offers additional upside in the form of its established payments business, which puts it in the middle of one of the fastest-growing slices of the financials pie.

Roughly half of U.S. Bancorp's revenue comes from payments, trust, and investment management, all of which generate lucrative annuity-like fee streams that help U.S. Bancorp support its top line through economic cycles. These fee businesses are paired with an excellent underwriting culture that has allowed U.S. Bancorp to earn high returns on assets with minimal loan losses.

At their worst, loan losses peaked at just about 2.2% of average loans in 2010, even though the bank entered the financial crisis with a loan book concentrated in home equity lines of credit and credit card loans, high-yielding loans that dragged down many of its peers. More recently, U.S. Bancorp sailed through its latest stress test with flying colors.

U.S. Bancorp isn't a stock that will double or triple in a year, nor is it a company that I expect to grow by leaps and bounds with aggressive acquisitions. It's a slow-and-steady grower that puts shareholder returns first and foremost, which is exactly what you want in a bank stock that you can buy, hold, and enjoy for a long time to come.