No bank stock is completely safe, but U.S. Bancorp is about as close as they come.

The stress tests that large banks must go through each year make it easier than ever for investors to get a sense for how safe a particular bank stock may or may not be. U.S. Bancorp's (USB -0.33%) performance on this year's tests offers a case in point.

The stress tests were implemented in response to the financial crisis. Their purpose is to assess whether banks with more than $50 billion worth of assets on their balance sheet have enough capital to survive another crisis-like scenario without a government bailout. 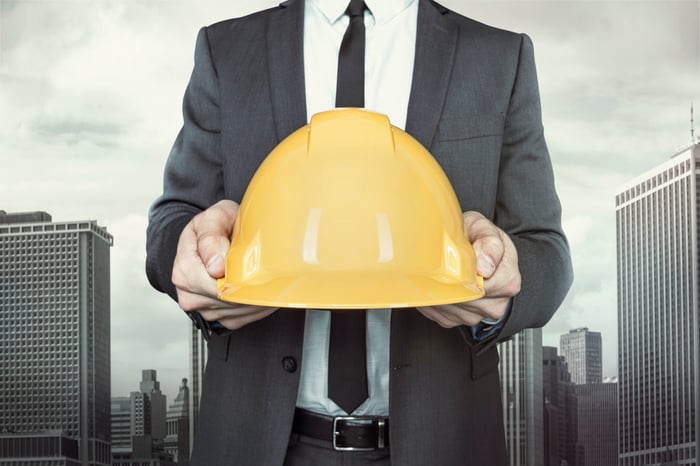 When it comes to bank stocks, U.S. Bancorp is about as safe as they come. Image source: Getty Images.

To conduct the stress tests, the Federal Reserve makes a number of assumptions about the economy. It assumed in this year's tests that a deep recession ensues, pushing the unemployment rate up to 10% and stock and real estate prices down by between 25% and 50%. Using these assumptions and others, the Fed then projects how the participating banks would perform through a nine-quarter horizon that encompasses the recession.

There are multiple benchmarks that banks must satisfy to pass the test, but the most important is the common equity tier 1 capital ratio, or CET1 ratio. This is a risk-adjusted proxy for leverage. It measures how much high-quality, highly liquid capital a bank has relative to a risk-weighted measure of total assets. The objective is to maintain a CET1 ratio of 4.5%.

You'd be excused for thinking that this puts U.S. Bancorp at a disadvantage, as it gives the Minneapolis-based bank less capital to absorb losses in the hypothetical downturn before breaching the 4.5% regulatory minimum. But U.S. Bancorp doesn't need as big of a cushion. While most banks that took the tests were projected to lose money over the nine-quarter horizon, U.S. Bancorp was one of the few projected to make money.

U.S. Bancorp's CET1 ratio did fall through the hypothetical nine-quarter horizon of the Fed's tests. It bottomed out at 7.6% in the first stage of the tests, the Dodd-Frank Act stress tests. And then it dropped to 6.3% on the second stage of the tests, the Comprehensive Capital Analysis and Review, which builds on the first stage by factoring in banks' request to increase the amount of capital they return to shareholders by way of dividends and buybacks.

But despite this drop, U.S. Bancorp's CET1 ratio still comfortably exceeded the 4.5% regulatory minimum when all was said and done. Because of this, and U.S. Bancorp's sufficiently sophisticated capital planning process more generally, it was given the go-ahead by the Fed at the conclusion of the tests to raise its dividend and add $2.6 billion to its share repurchase authorization.

None of this should come as a surprise to anyone familiar with U.S. Bancorp's performance through the actual financial crisis a decade ago. Despite the fact that hundreds of banks failed during and after the crisis, and many more were forced to sell out at a discount or to egregiously dilute shareholders by issuing capital at the nadir of the crisis, U.S. Bancorp never once recorded a quarterly net loss.

The takeaway for investors is that U.S. Bancorp's stock is indeed safe. It's always possible that the economy will be struck by a perfect storm, causing stocks to crash and endangering even the best-run banks. But absent that, which seems unlikely so soon after the financial crisis, this is a bank stock that even risk-averse investors can add to their portfolios.

This Warren Buffett Stock Is Starting to Look Cheap
371%