Please ensure Javascript is enabled for purposes of website accessibility
Log In Help Join The Motley Fool
Free Article Join Over 1 Million Premium Members And Get More In-Depth Stock Guidance and Research
By Daniel Miller - Oct 4, 2017 at 5:30AM

An internet juggernaut and the downswing of a sales cycle shouldn't scare long-term investors away from these two stocks.

Everyone loves the adage "buy low and sell high," as if investing were only so simple. Usually when a stock is trading at lower valuations than it has previously, it's because something is materially wrong in the business model itself, or the general industry it operates in. There are, of course, exceptions to the rule -- and while many investors are scared to own AutoZone (AZO 2.38%) and General Motors (GM 5.55%), for reasons we'll cover, you might want to take another look.

Per earnings estimates from Morningstar.com, AutoZone trades at a paltry 11.2 times forward earnings, and the stock has shed roughly a quarter of its value year to date despite a rebound in August and September. It's no surprise that investors are afraid to own shares of AutoZone. After all, Amazon.com (AMZN 3.58%) has disrupted a number of industries from books to apparel, and has started to creep into grocery stores with the recent acquisition of Whole Foods; do-it-yourself auto parts could be next.

Amazon's looming threat to the industry has AutoZone focusing on growing its commercial, or do-it-for-me, sales. The difference is that while the do-it-yourself person will walk into an AutoZone store and purchase what he or she needs, an entire segment of commercial repair shops and service stations also need critical components promptly to fix their customers' vehicles. That commercial do-it-for-me market will be more difficult for Amazon to disrupt, as those repair shops need more specialized parts, and the ability to get them quickly -- and to return or exchange, if necessary, just as quickly. 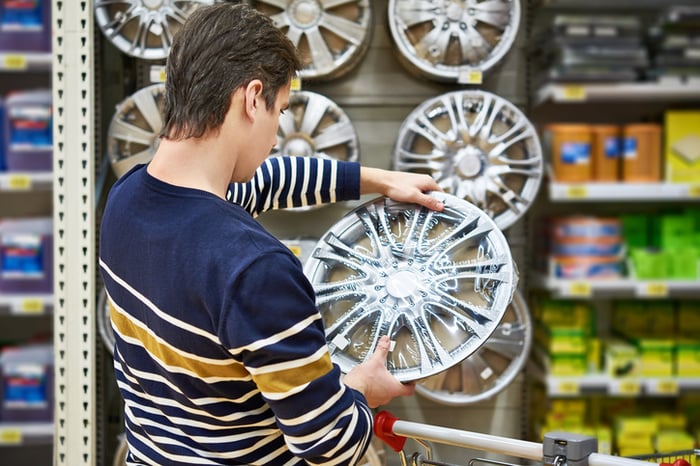 The focus on commercial sales is paying off so far, and should continue to do so for longer than many think. AutoZone's number of commercial programs jumped 4.6% during its fiscal 2017 to 4,592 programs -- out of its 5,465 domestic stores. Its domestic commercial sales jumped 5.9% during the fourth quarter and 5.7% over the trailing four quarters. But what many don't realize is that while the number of commercial programs has reached near optimum, each program still has years of organic growth as it develops new customers at surrounding repair shops.

While many investors are scared of owning AutoZone with Amazon looming in the background, the company has a strategy to help offset that threat, and it could reward investors willing to accept the long-term risk.

General Motors has come a long way from the arrogant management, poor-quality vehicles, and strategic shortsightedness it suffered from more than a decade ago. But those improvements won't change the fact that light-vehicle sales are peaking in the U.S., a market that generates lucrative profits for Detroit automakers. That has many investors pressing the sell button, sending GM's stock to a forward price-to-earnings ratio of 6.6, per Morningstar estimates. 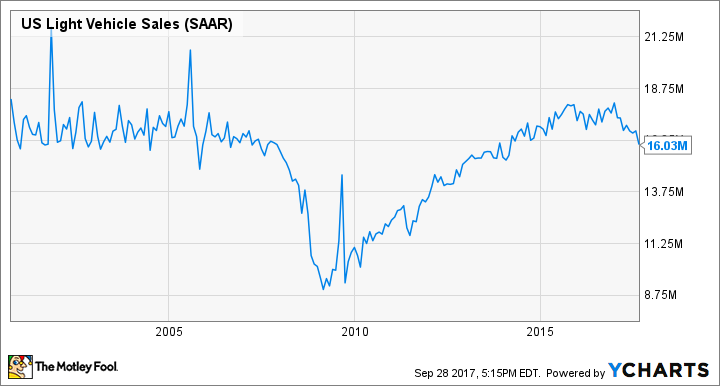 However, if you can accept that GM operates in a cyclical industry and focus on the long term, you'll see the company is building for a vastly different automotive future. Not only has it developed its smart-mobility brand Maven to help generate new streams of ride-sharing revenue, and invested in ride-hailing company Lyft, but it's also poised to succeed in autonomous vehicles.

In fact, Deutsche Bank recently raised its rating on General Motors, due to the belief that the automaker is one of the best bets in the industry to snag a large portion of the autonomous vehicle (AV) market. "GM's AV's will be ready for commercial deployment, without human drivers, much sooner than widely expected (within quarters, not years), and potentially years ahead of competitors," Deutsche Bank analyst Rod Lache wrote in a note to clients.

That statement could prove to be wildly optimistic, but for a while now we've seen GM's push toward smart mobility projects and its Chevrolet Bolt electric vehicle, and it's clear the company is building toward the future. And with a healthy balance sheet, a pile of cash, and a road map for the future, the long term for this automaker is far from scary.