While it is not uncommon for CEOs of major companies to put a favorable spin on their company's future, Charter Communications (NASDAQ:CHTR) CEO Tom Rutledge recently made a very surprising prediction at an industry conference: His company would actually grow video subscribers over the next three years. That may seem like a crazy prediction, given the state of the cable industry today. Cord-cutting -- brought about by over-the-top streaming companies such as Netflix (NASDAQ:NFLX) -- has been accelerating, and it is hard to see any company growing traditional cable subscribers going forward.

However, Rutledge was hand-picked by cable legend John Malone to run the company (Malone's Liberty Broadband Corporation (NASDAQ:LBRDK) owns a large stake in Charter), and Charter has performed exceptionally well over the past three years. Clearly, Rutledge knows the cable industry. So how does he plan to accomplish this feat? 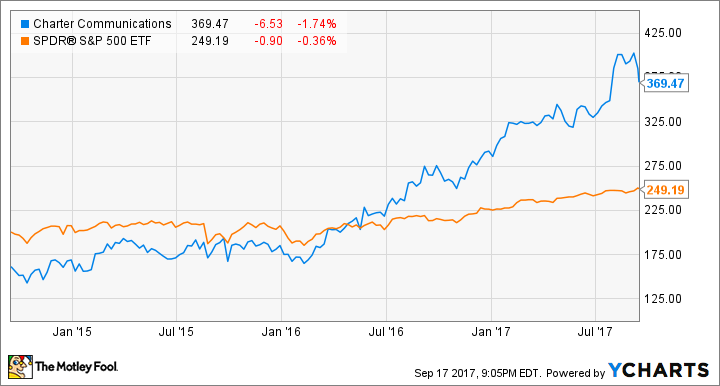 Looking at the present media environment, things don't look too promising. According to research firm SNL Kagan, pay TV lost about 1.9 million subscribers last year, and eMarketer believes that cable TV households will shrink by yet another 10% by 2021. Add in a younger generation that never had a cable bundle to begin with ("cord-nevers"), and it may seem as though the cable bundle as we know it is doomed.

Of course, the amount of cable subscribers is still very large -- 196 million Americans still watch pay TV, according to estimates, and the rate of decline still amounts to only about 2.6% per year. But no one knows exactly where the cord-cutting bottom is. 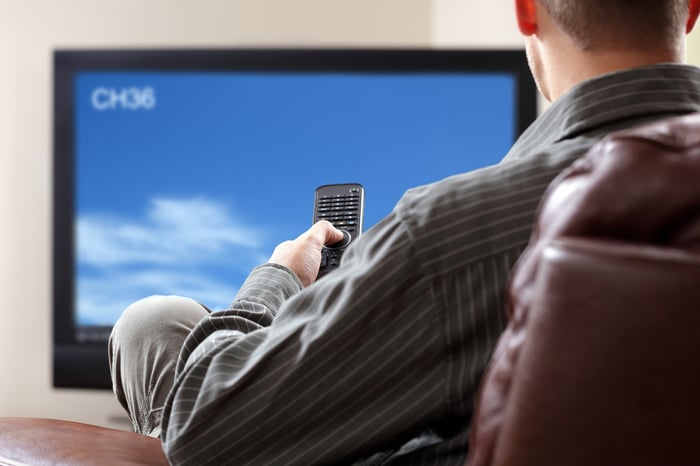 How Charter is reacting

To compete, Charter's strategy is to:

The company believes that the improved product and will reduce churn and the connect/disconnect costs that come with it.

That may seem a like a good strategy to retain customers and cut costs, but how will the company actually grow subscribers in this environment? According to Rutledge, customers will love the company's new interface:

[T]he two-way video on demand platform and how state-of-the-art user interface can affect the perception of value in all of the content that we have is better now than it was previously. So, our assets actually work better in a two-way on demand world than they did in a linear world from a value perception perspective relative to competitors. And I think we have a big advantage against satellite going forward that is even more pronounced now than it was a few years ago.

Basically, it seems as though Rutledge believes that the company's new set-top box and interface will be aesthetically pleasing and interactive enough -- or at least more like Netflix's leading interface and recommendation engine -- that it will increase customers' value perception of Charter's bundle. The technology of cable also makes it easier to have such two-way interaction and on-demand capabilities relative to satellite, which means the company can potentially grab subscribers from satellite counterparts, according to his calculus. That certainly seems possible.

With Rutledge's optimism about these new cable capabilities, should you consider investing in beaten-down content stocks?

I don't think so. While he's optimistic about Charter's prospects, Rutledge still believes the overall market will continue to shrink by low single digits. When asked whether Charter would potentially buy a content company, as both Comcast (NASDAQ:CMCSA) and AT&T (NYSE:T) have done in recent years, Rutledge said probably not, since many media stocks were "priced for perfection." With valuations so rich, a deal just doesn't make sense to management.

Moreover, Charter itself played hardball with Viacom (NASDAQ: VIA) (NASDAQ:VIAB) earlier this year, showing content companies are increasingly at risk in negotiations with large and consolidated cable companies.

While Charter's investment moves could potentially work, I would not count on the company meeting his prediction. The introductory offer for Charter's TV Select service (125 channels, no premium cable channels such as HBO or Showtime) is still $59.99 when bundled with internet -- and that's only the introductory offer for the first 12 months. That's a lot higher than a Netflix account ($9.99), and you're probably still going to get Netflix anyway.

Bottom line: While Rutledge's prediction for Charter might portend upside for Charter shareholders, I wouldn't extrapolate the optimism to the rest of the challenged media industry.