Please ensure Javascript is enabled for purposes of website accessibility
Log In Help Join The Motley Fool
Free Article Join Over 1 Million Premium Members And Get More In-Depth Stock Guidance and Research
By James Brumley - Jun 19, 2021 at 8:15AM

The cable television industry's top brass are no longer sugar-coating the depth of the hole that streaming alternatives have put the industry in.

The cable television industry isn't just fighting an uphill battle. It's fighting for its existence as we know it. That's the takeaway, anyway, from comments made by two different cable executives at two different times in two different places just since late May.

If only one of them were saying it, the dire prediction might be dismissible. But when two different companies' top brass pass along the same grim message just days away from one another, the shareholders of either company -- or any cable television company for that matter -- can't afford to ignore this growing consensus. 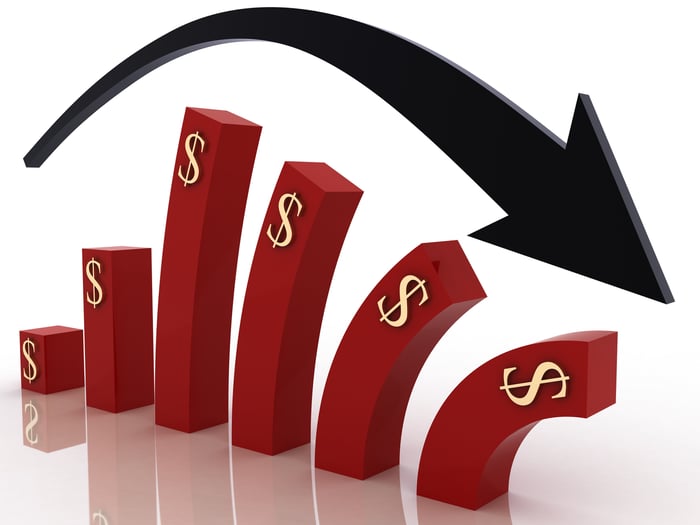 But there's a clear common thread within the two messages. Winfrey explains:

"... [cable] content is being devalued in every way and at the same time they're [cable content providers] asking consumers to pay more and not have flexibility on packaging. I know we've been talking about this for years, but I think those days are numbered and something has to give."

"... [the] fat-bundle package from cable ... that business model, as I've said historically, is unsustainable ... It's not sustainable for us to continue to see price increases every year with viewership falling."

And much like Winfrey, Goei believes a "big transformation" is in the works that ultimately sets the stage for cheaper, more flexible channel bundles.

It's a worry simply because no one's ever seen the cable television industry operate in such an environment.

The headwind isn't a difficult one to identify -- the advent of streaming alternatives like Netflix (NFLX -1.37%) and Walt Disney's (DIS 0.56%) Disney+ has evolved from being a quirky project to an annoying distraction to downright problematic for cable providers. Leichtman Research Group estimates the country's conventional cable companies lost another 1.6 million customers last quarter, while major streaming names picked up a whopping 46 million additional subscribers -- a microcosm of a trend that's been in place for years now.

That latter figure includes viewers outside of the U.S., for the record, although streaming's biggest and best single market remains North America. Ampere Analysis estimates the average American household now pays for about four streaming services, roughly doubling the penetration that's typical in other parts of the developed world.

None of this is exactly new, of course. The U.S. cable market has been shrinking steadily since peaking at 100.5 million subscribing households in 2014, according to eMarketer, en route to what will likely be a count of around 74 million households before the end of this year, and only 60.2 million households by 2025.

Meanwhile, Ampere's current SVOD subscription per U.S. household figure of four is up from only 1.6 as of 2015. That number could be as high as eight when all is said and done and consumers have fully redirected their entertainment budgets. (Ampere believes U.S. consumers reliably spend around $900 per year on video entertainment; the variable is simply how they spend it.)

What's new is the fact that at least two cable companies' executives are starting to acknowledge this paradigm shift is one that can't be addressed with just a few packing tweaks and perks. As Winfrey put it, it's time to find a "really different way to create value for consumers."

And that's what cable investors need to start looking for immediately. Cable providers can no longer afford to take a passive, wait-and-see approach. They've got to respond, and do so quickly. The cable TV business is taking more fire now than it ever has in the past, even if it doesn't seem like this is the case.

The good news is, most cable TV services aren't just cable TV names. Xfinity owner Comcast (CMCSA -0.52%) also owns NBCUniversal, and like Charter and Altice USA, broadband is in the midst of surpassing cable television as the breadwinning use of its infrastructure.

The bad news is -- at least for Charter and Altice -- television is still a huge piece of their revenue mixes, accounting for around 40% of last year's top lines.