Buffett thinks selling his losers before the calendar turns to 2018 could be a smart tax move.

Though he's made long-term investing an integral part of his personal brand, Warren Buffett indicated that he may be placing some trades for Berkshire Hathaway (BRK.A 1.69%) (BRK.B 1.64%) based on his view of how tax laws could change later this year.

In an interview with CNBC, the Oracle of Omaha said he thinks the odds of corporate tax reform are higher than most people think, and that investors will be selling their losing stocks and holding on to their winners to position for a tax cut later this year.

Berkshire Hathaway is an unusual company for many reasons, but taxation is one of the biggest. As a corporate entity, Berkshire Hathaway pays full corporate tax rates on its gains, a bite that can cost it 35% of its pre-tax investment profits when Uncle Sam comes to take its share. 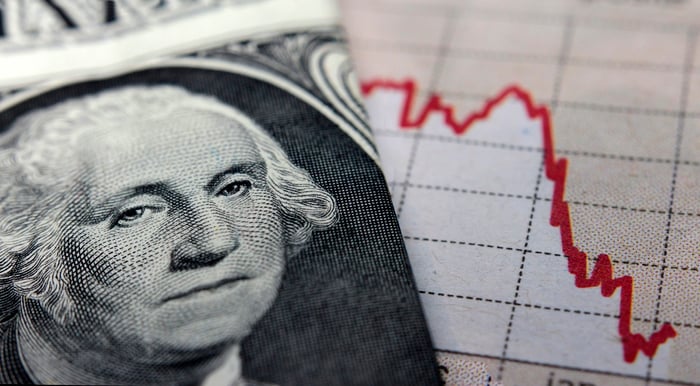 This is the reason Buffett is keen to sell his losers in 2017, while the current tax rates still apply. If Buffett realizes losses on his losers, the losses count against any profits. At a 35% tax rate, realizing a $1 billion loss saves $350 million in taxes for Berkshire. Should the tax rate change in the future, as the GOP is proposing, selling losers today makes a lot of sense. It's better to take a $1 billion loss at a 35% tax rate than take the same loss in a year when tax rates are lower.

For similar reasons, Buffett implied he's also looking to hold on to his winning investments until the calendar year rolls over into 2018. If corporate taxes are reduced, Berkshire would make a mistake by realizing the gains at a 35% tax rate if it can wait just three short months and harvest gains at a 25% tax rate, for example.

Buffett's belief that corporate tax rates could fall in the future is an interesting revelation, particularly since he's been offloading some of his losing investments in 2017.

Earlier this year, Berkshire Hathaway sold a large part of its billion-dollar stake in IBM, an investment that has been a laggard in its portfolio for several years. Berkshire also sold all of its holdings of Twenty-First Century Fox, a smaller position that was probably held at a loss, based on when shares were added to Berkshire's portfolio.

Tax-inspired portfolio moves are nothing new. Every year, fund managers and average Joes alike employ a strategy known as tax-loss harvesting. It can create short-term declines in already depressed stocks during the fourth quarter of the year, as investors who hold shares of money-losing stocks sell to realize the tax benefits of taking losses.

It's curious to me that Buffett's more active approach to the portfolio follows a first-ever warning in his annual letter that no publicly traded company has a permanent place in Berkshire's portfolio.

This year, Buffett wrote in his letter to shareholders: "[I]t is true that we own some stocks that I have no intention of selling for as far as the eye can see (and we're talking 20/20 vision). But we have made no commitment that Berkshire will hold any of its marketable securities forever."

Of course, taxes are but one reason to buy or sell an investment, but with a corporate tax cut as a wild card for the remainder of 2017, Buffett's thinking about how to maximize his losers to minimize the tax burden on Berkshire's shareholders. It's the smart thing to do, even if it is a little unusual.