Please ensure Javascript is enabled for purposes of website accessibility
Log In Help Join The Motley Fool
Free Article Join Over 1 Million Premium Members And Get More In-Depth Stock Guidance and Research
By Keith Speights - Updated Apr 17, 2018 at 10:51AM

If you like 12 dividend checks each year instead of only four, these stocks could be for you.

Most dividends are paid out quarterly. That makes sense, because public companies operate on quarterly calendars with their regulatory filings. But not all companies limit their payouts to every three months -- some distribute dividends on a monthly basis.

Main Street Capital Corporation (MAIN 2.89%), Pembina Pipeline (PBA 3.28%), and Realty Income (O 1.76%) are three companies that cut you a check each month. Here's why these stocks could be worth a look for income-seeking investors. 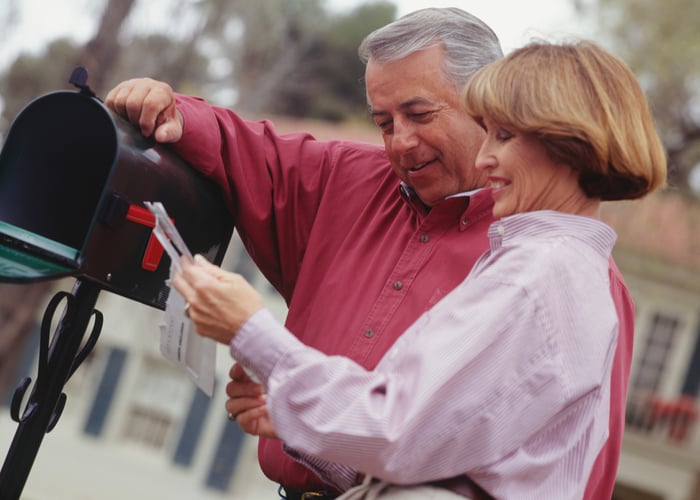 The company's dividend currently yields 5.74%. Main Street Capital has also routinely increased its dividend, with its payout now more than 50% higher than six years ago. The BDC uses around 72% of earnings to fund the dividend program.

There are reasons to be both positive and negative about Main Street Capital stock. Its share price has increased a healthy 17% over the last 12 months, helped by a relatively strong economy and Main Street Capital's low operating costs. The flip side of that, though, is that the stock's valuation is much higher than the industry average. Also, Main Street Capital's portfolio companies are sensitive to any bumps in the economy. But despite these negatives, this stock is one to consider for long-term investors wanting monthly dividends.

Pembina Pipeline is a leading pipeline and midstream service provider serving the North American energy industry. The company was formed in 1954 and has grown to become one of the largest integrated energy infrastructure companies in Canada.

Pembina's dividend yield stands at 4.7%. Investors haven't been able to count on consistent dividend increases in recent years, however. Pembina cut its dividend in 2015, but payouts have grown significantly since early 2016.

The future appears to be pretty bright for Pembina. The company has expanded its pipeline network in British Columbia and Alberta. It's about to partner on building a new propylene and polypropylene production facility. Most important of all, though, is Pembina's just-completed buyout of another Canadian energy infrastructure company, Veresen. This acquisition not only makes Pembina a much bigger player in the industry, but it also resulted in a nice boost to its monthly dividend.

Realty Income touts itself as "the monthly dividend company." That billing is well deserved. The real estate investment trust (REIT) has paid a monthly dividend for 566 consecutive months (over 47 years).

Even better, Realty Income has increased its dividend for 80 quarters in a row. Its dividend now yields 4.42%. Realty Income's strong dividends combined with solid growth in its share price to give the stock a compounded average total return of 16.4% since 1994.

The REIT has over 5,000 properties under long-term net lease agreements across 49 states and Puerto Rico. Many of those properties are in the retail sector. Some investors might worry about Realty Income's high exposure to retail. The good news for the company is that its top tenants largely consist of grocery stores, drugstores, discount retailers, and theaters. Those kinds of businesses should continue to perform well over the long run.

While all three of these monthly dividend stocks merit attention from investors, I think Realty Income is the best pick. Its track record is much stronger than the other two stocks. Even though Realty Income currently has the lowest yield of the three, investors should be able to count on dividend hikes in the future.