Please ensure Javascript is enabled for purposes of website accessibility
Log In Help Join The Motley Fool
Free Article Join Over 1 Million Premium Members And Get More In-Depth Stock Guidance and Research
By Rich Smith, Sean Williams, and Demitri Kalogeropoulos - Oct 5, 2017 at 6:53AM

Facebook overcame obstacles to become one of the best-performing stocks of the last half-decade. Now ... who's next?

It's hard to fathom today, but when Facebook (META 7.19%) went public on May 18, 2012, its IPO was kind of a disaster. Technical glitches with the flotation, errors in recording trades, and allegations that Facebook withheld material information from its investors all spawned a spate of lawsuits from aggrieved investors, and within just hours of the IPO Facebook stock was already falling.

Who would want to buy a stock that looks anything like Facebook did in 2012? Come to think of it, a lot of investors would probably jump at the chance. After a rocky start, Facebook quickly recovered from its early stumble, and proceeded to march on to ever higher heights. At last report, Facebook stock was trading north of $168 a share -- $130 higher than its $38 IPO price. 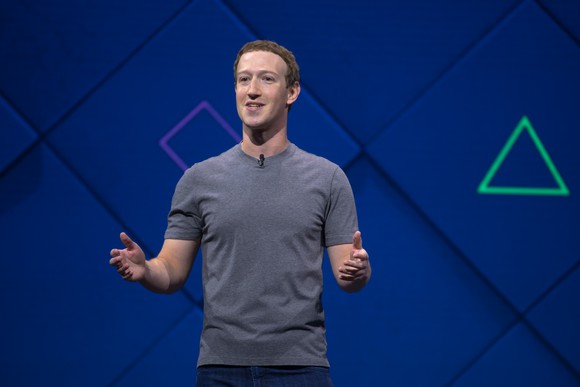 Demitri Kalogeropoulos (TripAdvisor): Five years ago there were serious questions about whether Facebook could profitably navigate the shift in internet usage from desktop computers to mobile devices. In fact, the social media giant highlighted this challenge as one of its biggest business risks heading into 2013. Executives said in a 10-K report at the time that advertising revenue might slump due to increased access through mobile devices, "where our ability to monetize is less proven than it is from use on personal computers."

TripAdvisor is facing a similar issue today. The vacation travel search specialist announced in early August that its earnings metrics took a surprising dip as mobile usage spiked 60% to account for 40% of its hotel shopper base.

Like Facebook back in 2012, TripAdvisor's management team is encouraged by the user engagement that it's seeing on mobile devices, even if that activity isn't producing healthy profits right now. "We believe we can drive more revenue, marketing efficiency, and profitability in this business" over the coming years, CEO Steve Kaufer told investors.

The company has other major problems to solve, too, including shrinking results in its core hotel-booking business. Yet Facebook's soaring results over the last five years at least show that it's possible for a vibrant online community to pivot to mobile while protecting, or even expanding, the earning power of its advertising business.

This near-monopoly should see its margins expand over time

Sean Williams (Sirius XM Holdings): In 2012, Facebook was already established as a major player in the social media space, but few investors envisioned just how large its competitive moat would be. I believe we're seeing something similar with satellite radio provider Sirius XM Holdings.

Like Facebook, Sirius XM holds the lion's share of people's attention in its given niche. There are no other satellite radio operators, meaning terrestrial radio and online streaming radio providers are its only true competition -- and they're sporadic at that. And Sirius XM has a major advantage over terrestrial radio and online streaming: it isn't reliant on advertising for a majority of its sales.

Terrestrial and online radio are intricately tied to the health of the U.S. economy since they rely on ads for most of their revenue. By comparison, Sirius only leaned on ads for $40.2 million of its $1.35 billion in sales during the second quarter.  The majority of its sales are based on subscription revenue, which provides more stability in a topsy-turvy economy.

Sirius XM is also able to keep its expenses well under control, which can't be said of its competitors. Because Sirius XM is the only company that has a radio satellite system in orbit, and the costs to operate those satellites are fixed regardless of its subscriber count, its only fluctuating costs tend to be personnel and the contracts of on-air talent. This makes the company's cash flow extremely predictable, which Wall Street seems to appreciate.

With a veritable monopoly and fixed satellite costs, Sirius XM should be able to see its margins continue to expand as its subscriber base grows. If that's not Facebook-like, then I'm not sure what is!

Pardon me. Haven't I seen you here before?

I mean, Facebook at its IPO in 2012 was a PR professional's nightmare, right? Well, how is that so different from Facebook today? Depending on the day, you can open a newspaper and find Facebook being lambasted for selling ads placed by Russian election hackers, targeting other ads toward hate groups, or inflating its claims about the audience size reached by the ads it is selling.

And yet, then as now, all the bad press needs to be weighed against the attractiveness of the stock. Five years ago, I made the case that despite very optimistic expectations for the company's growth, Facebook's valuation actually didn't look so bad -- assuming it hit its growth targets. I think the same holds true today.

Cash-rich, debt-free, and priced at an enterprise value 38 times trailing earnings but only 32 times trailing free cash flow, Facebook isn't growing as fast as it once was -- but it's still expected to grow profits at close to 30% annually over the next five years. Relative to that growth rate, I think Facebook's valuation is aggressive, yes, but not exorbitant. Meanwhile, the competitive threat from rivals Twitter and LinkedIn, which seemed significant five years ago, is significantly less so today, posing less risk to the company's presumed growth rate.

Long story short, I see every possibility that the next five years will be just as rewarding for Facebook investors as the last five years have already been.