The stock market has pummeled the offshore rig industry, but Seadrill Partners is showing signs of life.

Here's what to make of this incredibly unusual situation. 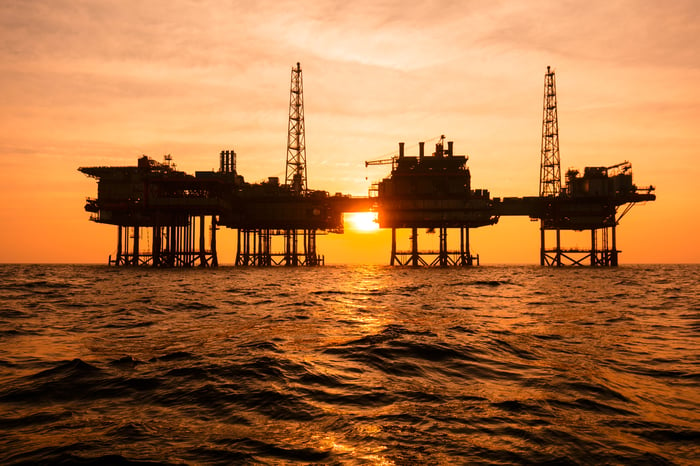 On September 13, Seadrill (the parent) took the long-anticipated step of filing for Chapter 11 bankruptcy protection, after agreeing to a restructuring plan with its creditors and bondholders. Ironically, shares "spiked" (if you can call a jump from $0.25/share to $0.475/share a "spike" for a company that three years ago commanded $45/share) to finish the month up 25%. But don't let that fool you: Existing Seadrill shareholders are expected to own less than 2% of the restructured company.

Interestingly, this will likely have little effect on the fate of Seadrill's subsidiary, Seadrill Partners, which maintains it own set of rigs, its own ticker symbol, and -- most importantly -- its own set of finances. Shares began to rise modestly as soon as the parent's bankruptcy was announced and finished the month up 12.4%.

For shareholders of Seadrill Partners, this will have surprisingly little effect, thanks to a savvy maneuver the company executed in August.

Luckily for its shareholders, Seadrill Partners altered its credit agreements so that it was guaranteeing them with its own assets and not its parent's. That insulates Seadrill Partners from Seadrill's bankruptcy and had the pleasant side effect of allowing it to resume cash distributions to shareholders.

For shareholders of Seadrill, well, the bankruptcy is officially here. If you were still holding out hope for some sort of miracle recovery, sadly, it isn't going to happen.

Well, it's too late to do anything about Seadrill, but the beaten-down Seadrill Partners may still have some upside. Despite the stock's recent rallies, it's still 89% off its 2014 high, much further down than many of its peers. However, Seadrill Partners isn't likely to see its fortunes improve until there's an oil price recovery, and it's anyone's guess when -- or if -- that will happen.

If you're dead set on buying an oil rig operator, Seadrill Partners isn't a bad choice, but be aware that the entire industry is full of potential pitfalls to recovery.