The galvanizing and electrical products company cut guidance again but set the tone for a better 2019.

Having previously updated full-year 2018 guidance at the end of September, investors were already prepared for the negative news in AZZ Inc's (AZZ 0.64%) second-quarter results. Management gave a plethora of reasons why AZZ's performance is lagging expectations in fiscal 2018 and promptly guided investors toward thinking about a stronger 2019.

CEO Tom Ferguson began the earnings call by outlining the reasons why AZZ had such a tough quarter, but before going into them, let's look at their impact. As you can see below, the energy segment was hit the hardest, but both segments reported disappointing sales performance.

Back on Sept. 25, AZZ lowered full-year expectations for sales and earnings for the second time this calendar year. Management lowered expectations on its fourth-quarter earnings presentation in April, and following a disappointing set of first-quarter results in July, some investors might have been surprised that management didn't cut guidance again.

The following table shows how guidance has been cut this year.

What happened in AZZ's second quarter?

Here are the reasons Ferguson outlined for the disappointing performance:

It's a long list, but Ferguson helped to clarify matters on the earnings call. Answering a question from Sidoti analyst John Franzreb, he outlined that a third of the impact came from nuclear issues (Westinghouse and VC Summer), another third related to the refinery turnaround delays, and the final third from the operational difficulties.

There's little management can do about end-market weakness in nuclear or a bankrupt customer, but the operational problems -- Ferguson cited things like "operational excellence" and sales organization in its electrical business -- can be expected to be improved. Ferguson suggested it would be "early fiscal 2019" before the electrical platform got back to "normal margins." 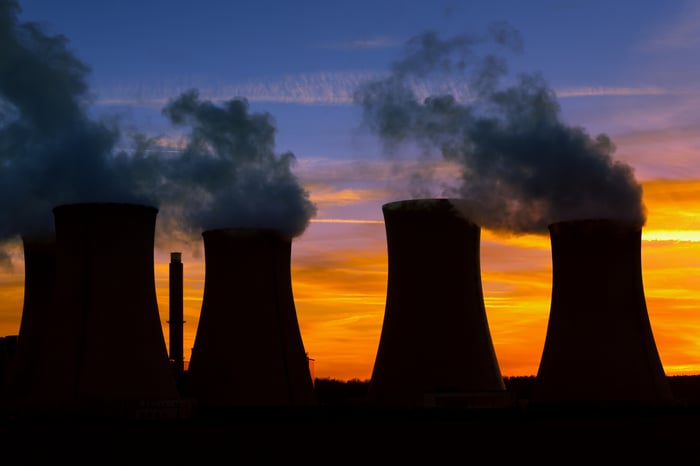 Furthermore, the refinery turnaround issue is expected to improve in the first quarter of fiscal 2019. When asked about the refinery delays on the earnings call, Ferguson stated that his confidence was based on AZZ's meetings with customers with large projects rather than any kind of prediction for general improvement in market trends.

It was another disappointing quarter for AZZ, and investors can be forgiven for wondering when the ongoing issues will end. However, AZZ won't be the only company finding it hard to predict refining and nuclear activity. Cautious optimism was expressed regarding the galvanizing operations, and it's here that investors can look forward to some immediate improvement. Meanwhile, AZZ's fiscal 2019 promises to be a better year.