Please ensure Javascript is enabled for purposes of website accessibility
Log In Help Join The Motley Fool
Free Article Join Over 1 Million Premium Members And Get More In-Depth Stock Guidance and Research
By ` - Oct 9, 2017 at 9:32PM

The heavy equipment maker has been bulldozing its way higher, but it might not be able to last.

With Caterpillar (CAT -0.26%) shares jumping 45% over the past year, and being up 55% from their 52-week low, investors are right to wonder whether buying the heavy equipment maker's stock is a good idea at this point.

It's no secret that construction, agriculture, and the like are cyclical in nature, and Caterpillar has been able to ride the current wave of growth higher after a multiyear slump. Sales were up $1 billion in the second quarter while per-share profits rose 37% on an adjusted basis. It saw gains in all of its end markets, including construction, resources, and energy and transportation, as well as across geographic regions.

It's that sort of broad-based, well-rounded growth that has many thinking Caterpillar can keep the momentum growing. 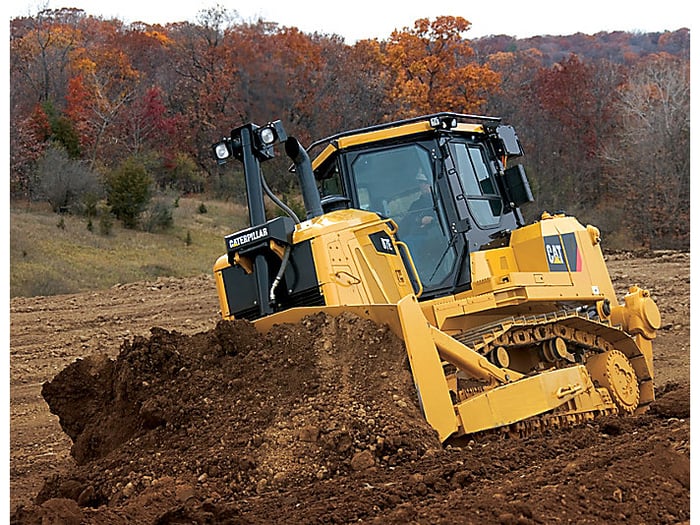 China no longer the key

Investors would be wise to cast a skeptical eye on how long that could last. A big part of Caterpillar's gains came as a result of surprising strength in China where there was unexpected growth in areas such as iron ore, which helped propel revenues 44% higher. Even with this surge, North America remains its largest market. It's there that analysts are looking to see the heavy equipment maker's gains holding, which Caterpillar said benefited from gas compression growth.

Analysts also looked at the amount of cash profits Caterpillar has been able to throw off. A UBS analyst wrote in a note to clients that he anticipated the equipment maker generating "nearly $10 billion of cash flow after capex and dividends that can be strategically redeployed or returned to shareholders." The analyst further thought that was a point that's been lost on a large part of the marketplace, but when it wakes to Caterpillar's cash-generating capabilities, investors will buy into the stock even more.

My colleague Rich Smith agrees Caterpillar has been a monster when it comes to throwing off cash, but he disagrees that it's underappreciated by the investing public. In fact, he counters that Caterpillar's prodigious free cash flow is precisely why investors have been buying up the stock. 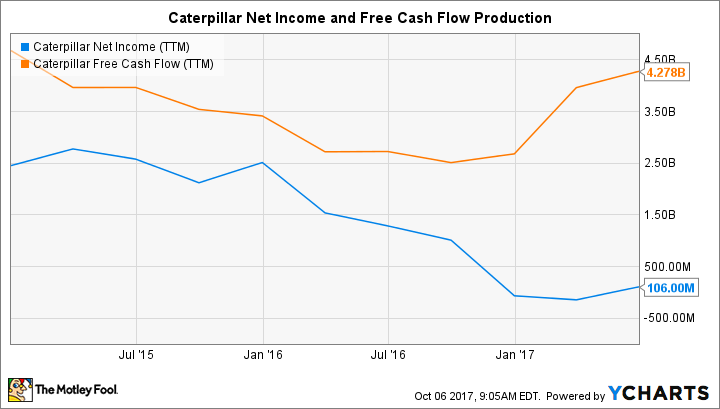 Profits haven't been particularly robust for the equipment maker as it reported a loss last year, and net income has been tepid. That would hardly be a reason for investors to buy in, which suggests they really are looking at the cash production capabilities. It has over $10.3 billion on hand and, over the first six months of 2017, has produced some $3.3 billion in free cash flow.

The risk with Caterpillar is the cyclical nature of the industries in which it operates. Right now the signals are pointing to further expansion, and Caterpillar is benefiting from the change. Just a few years ago, though, it bore the brunt of the rout the commodities market. The ebbs and flows of its business are inescapable, but it does appear to be on an upswing now.

Still, the equipment maker may be hit with fines and penalties by the IRS, which is investigating it for tax and accounting fraud. That could always turn out to be a material number, and with Caterpillar's valuation at a peak, there seems to be more downside risk than upside.

Caterpillar trades at 19 times next year's earnings estimates, meaning it has to keep the kind of growth it's been enjoying going. That's a tall order, and as good as Caterpillar looks today, and may still appear tomorrow, that amounts to pricing for perfection -- and a risk investors probably shouldn't take.