Please ensure Javascript is enabled for purposes of website accessibility
Log In Help Join The Motley Fool
Free Article Join Over 1 Million Premium Members And Get More In-Depth Stock Guidance and Research
By Lee Samaha - Oct 9, 2017 at 7:55AM

Three reasons to invest in the package-delivery company.

The bullish case for FedEx

Here's how the glass-half-full contingent would respond: 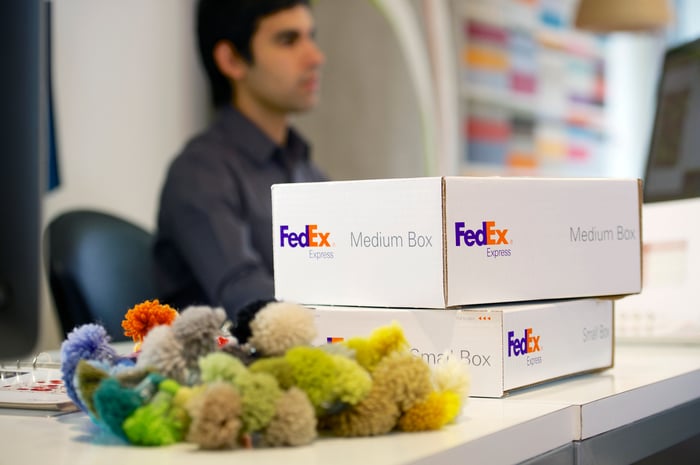 The first two points are obviously connected. For example, residential deliveries are relatively expensive for FedEx and UPS. These deliveries can also be inefficiently packaged, and some can be bulky and hard to deliver, such as trampolines and mattresses. Throw in the difficulties of dealing with peak demand surges during the holiday season, and it's easy to see the pressures on FedEx and UPS to generate profitable growth.

However, end demand is strong enough to accommodate pricing initiatives from both companies. Consequently, both have raised prices, applied additional handling surcharges, increased the application of dimensional-weight pricing (that is, charging for packages based on size as well as weight), and taken pricing measures during peak demand periods.

FedEx and UPS are in a position to take these actions, and their price increases have improved yield growth. Volume growth, meanwhile, remains solid, implying that the price increases aren't curtailing demand: 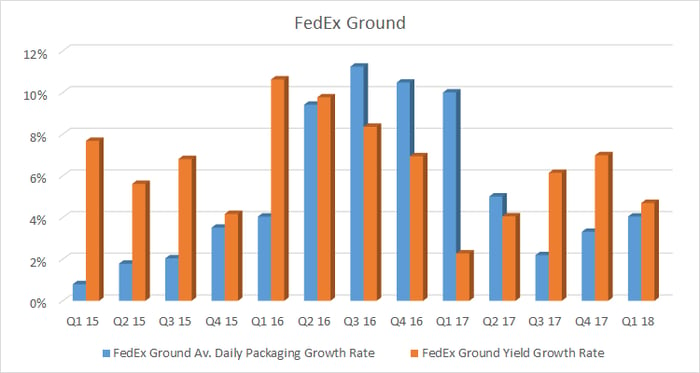 FedEx is increasing its shipping rates by 4.9% in its express, ground, and freight operations on Jan 1. The hope is that it can start to increase margin again in its ground operations: 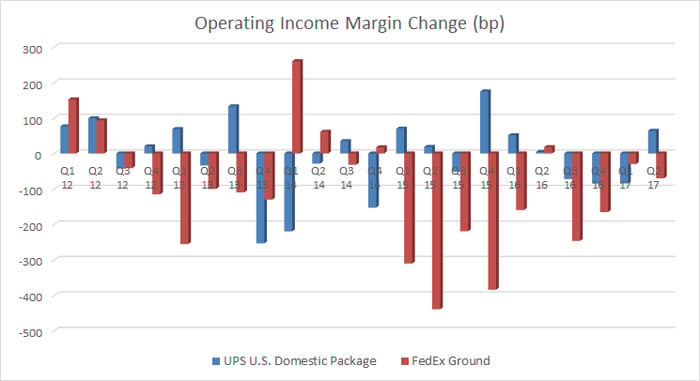 Another thing to keep in mind is that part of the margin contraction has come from increased operating costs coming from the investments in upgrading and expanding facilities -- investments that will generate more earnings and cash flow in the future.

TNT Express integration is on track

Despite the $300 million hit to income that a cyber attack caused in the company's recent fiscal first quarter, management maintained its earnings targets for the TNT acquisition. In a nutshell, management continues to expect operating income in the express segment which now includes TNT Express, to increase by $1.2 billion to $1.5 billion from 2017 to 2020.

Investors have cause to be confident in FedEx management's track record of execution, not least because it's performed much better than UPS in recent years in dealing with peak demand. In addition, profit improved by $1.7 billion in the four years leading to 2016 in the express segment, suggesting that  management is on the ball.

FedEx and UPS find themselves in the enviable position of having strong end demand from which they can apply pricing power. The bullish view sees that pricing power turning into increased margin and profit at both companies. For example, even though ground margin is under pressure, FedEx is busy laying the groundwork for future profit.

The capital investments being made now are likely to lead to more growth. Throw in the benefits of a world-class leadership team, and you have a recipe for buying this stock.