Extreme yields can serve as warning signs of troubled businesses, but these generous dividends are actually the real deal.

Sky-high dividend yields can be tricky beasts. Sometimes, those extreme payouts can be signs of a deep rot in the underlying business, based on nothing but terribly low share prices and a dream. In other cases, the rich yield really does tell the whole story, and that stock could be a great income stock for serious investors.

One way to tell the difference between the winners and losers is to ask for some help. So we asked a handful of your fellow investors here at The Motley Fool to share their best high-yield investment ideas.

Read on to see why our panelists could see themselves buying Oaktree Capital Group (OAK), China Mobile (CHL), and Seagate Technology (STX), despite the possible warning flags that are hanging from their extreme dividend yields. 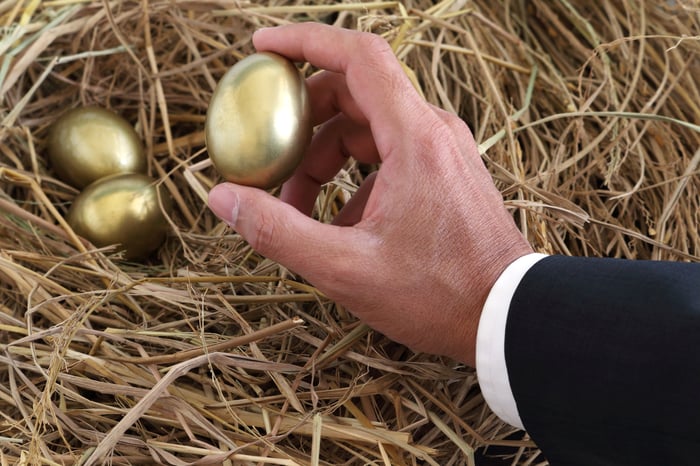 This high-yield stock should rise when others fall

Jordan Wathen (Oaktree Capital Group): This alternative asset manager is a great company to own for the simple reason that its business gets better when stock and bond prices fall, making it a great high-yield stock for diversifying a portfolio.

Oaktree's sterling reputation as a credit investor allows it to charge both management fees and incentive fees on most of its funds in its line-up. Thus, when its investment performance is particularly good, Oaktree gets a slice of the profits right off the top.

These incentive fees are what power Oaktree Capital Group's ability to earn outsize returns for its own shareholders. Thanks to its post-crisis successes, Oaktree had about $5.55 of net accrued incentive fees per share on its balance sheet as of June 30. In the next few years, these incentive fees will be collected in cash as Oaktree's older funds wind down, and will help support its juicy 7% dividend yield.

Should asset prices fall -- which is what you want to happen if you're an Oaktree shareholder -- the company has about $21.5 billion of its $99 billion of assets under management on standby, sitting on the sidelines for a particularly juicy investment opportunity. With still more gains to harvest, and plenty of capital for its next buying binge, I think Oaktree is a great stock to own at a price between $45 and $50 per share.

This Chinese giant is serious about strong dividends

The Big Four networks over here would kill for numbers like that. The next two mobile rivals add up to just 508 million subscribers, giving China Mobile a stranglehold on the Chinese cellphone market.

That unimpeachable market position generates $106 billion in annual revenues, and $36 billion of the top-line haul is preserved as free cash flows. 80% of the cash profits is sent right back to shareholders in the form of dividend payments. That's enough to fuel a meaty 5.5% dividend yield at today's share prices.

China Mobile may not be a traditional income investment, since its dividend checks vary from one payout to the next, and not always upward. But we're talking about an unstoppable giant that is taking full advantage of the thriving Chinese economy, and is no afraid to reward shareholders with a heaping serving of fully cash flow-powered dividends.

In my book, that's makes China Mobile a solid income-generating investment for the long term. Extreme dividend yields can be warning flags of fundamental business problems, but there's none of that going on with this massive telecom. 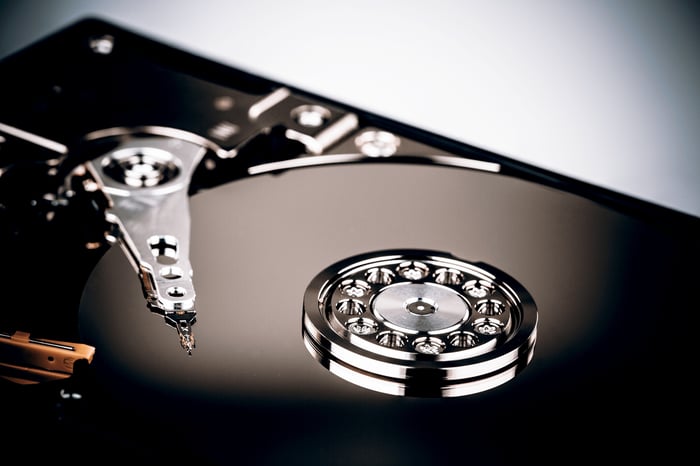 Stack dividends with this storage company

Keith Noonan (Seagate Technology): Seagate Technology trades at just nine times forward earnings estimates and packs a roughly 7.5% dividend yield. Those metrics are likely to pique the interest of value-minded investors, but it's still important to understand why the stock has dropped nearly 30% over the past six months to put its long-term prospects in context.

Seagate derives most of its revenues from the sale of hard drives -- roughly 91% last quarter. With cloud storage technologies on the rise, some investors are worried that one of the company's biggest sales pillars will weaken over the long term.

In the near term, Seagate's more profitable hard drive offerings face competition from its own solid state drives and those from rival companies. Seagate is also still reeling after delivering disappointing fourth-quarter results in July, which saw both sales and earnings come in far below analyst estimates.

With those pressures in mind, I still think the stock looks like an appealing play for income investors at current prices. The need for data storage is almost certain to grow in the long run, and Seagate is making shifts to ensure that it remains competitive in the space. Consumer cloud use will increase, but this will still create demand for hard drives on the back end, and the stock's substantial returned income component will do a lot to smooth over near-term pressures.