Seagate posted a fourth-quarter earnings report on July 25, and it wasn't a pretty picture. Revenues landed at $2.4 billion, 7% below the Street's $2.6 billion consensus estimate. Bottom-line earnings fell 6% year over year to stop at $0.65 per share, while analysts were looking for 43% growth. Moreover, longtime CEO Steve Luczo announced his retirement. Seagate shares fell 15% on the news. 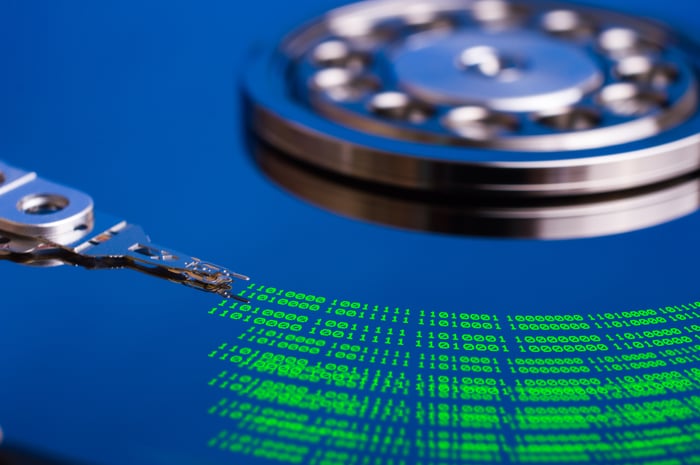 Later that week, archrival Western Digital (NASDAQ:WDC) took a 7% overnight haircut based on disappointing results. Seagate investors had already priced in that pain into the stock, but the dual letdown was at least a clear signal of sectorwide weakness rather than a unique Seagate situation.

That being said, both Seagate's and Western Digital's management explained that this should be a temporary drop while demand for data storage remains healthy and growing in the long term. In Seagate's case, the company ran into soft demand for its cloud storage systems and cautious orders from enterprise customers in China.

Luczo's retirement was said to be the culmination of a two-year transition process, and new Seagate CEO Dave Mosley should step up from the COO post to hit the ground running on Oct. 1.

So there's nothing terribly wrong with Seagate right now, at least if you take the company's management at its word. I still prefer Western Digital's more progressive strategy, but Seagate could be a solid investment at these low prices.