Investing in dividend stocks might seem risky these days as rising interest rates drive income investors toward the relative safety of bonds. However, I believe that dividend stocks are still great long term investments since the power of reinvested dividends and compounding usually offset the impact of market downturns.

The biggest casino company in the world

Las Vegas Sands is the biggest casino operator in the world. It was the first US company to open casinos in Macau, and it owns five properties in the lucrative region -- which generated half of its adjusted property EBITDA last quarter. Gaming revenues in Macau have risen annually for 14 straight quarters, despite the ongoing corruption probes and crackdowns on high rollers.

As a result, analysts expect Sands' revenue and earnings to respectively rise 10% and 18% this year. The company also plans to expand to Japan, which recently legalized casinos, over the next few years. Sands trades at 25 times earnings, which is much lower than the industry average of 62 for casino operators.

Sands pays a generous forward yield of 4.6%, more than double the S&P 500's current yield of 2%. It spent 143% of its earnings on that dividend over the past 12 months, which might seem unsustainable, but those dividends only consumed 89% of its free cash flow during that period -- which should allow Sands' to continue its four-year streak of dividend hikes.

Tanger Factory Outlets owns 43 outlet shopping centers across the United States and Canada. Its stock stumbled over 30% this year as investors sold retail stocks out of fear of e-tailers obliterating brick-and-mortar retailers.

However, Tanger isn't a retailer. It's a property owner and landlord, and its occupancy rate of 96.1% last quarter indicates that its tenants are staying put in its outlet centers. Tanger also raised the average base rent by 10.1% on renewed leases during the first six months of the year, indicating that its outlets remain healthier than traditional malls.

Analysts expect Tanger's revenue to rise 4% this year, but its earnings are expected to fall 13% on remerchandising and expansion efforts. However, analysts expect its earnings to rebound 23% next year. Tanger trades at just 16 times earnings, compared to the industry average of 34 for retail REITs (real estate investment trusts).

As an REIT, Tanger pays out most of its taxable income as dividends. That's why it pays a forward yield of 5.6%, which is supported by a payout ratio of 87%. It's raised that dividend annually for 24 straight years.

A survivor in the apparel industry

Shares of American Eagle Outfitters fell 8% this year due to the same concerns that sank Tanger. But just like Tanger, the bearish thesis on AEO is misguided, and ignores the fact that the retailer consistently posted positive comps growth as its peers reported negative growth.

Moreover, American Eagle's Aerie lingerie and activewear brand repeatedly posted double-digit sales growth, which offset the anemic growth of its namesake brand. AEO is also taking steps to rejuvenate its namesake brand -- which is popular with females but less so with males -- with new tops and bottoms. 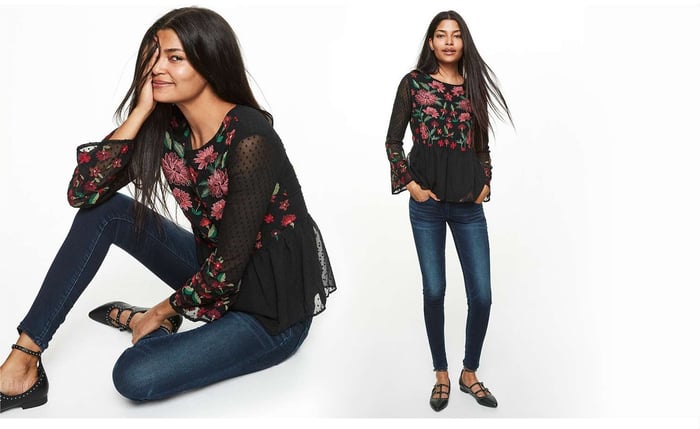 Analysts expect AEO's revenue to rise 3% this year, but for its earnings to drop 10% on higher promotions before rebounding next year. That upcoming earnings decline spooked some investors, but the stock now trades at 15 times earnings, which is much lower than the industry average of 23 for apparel retailers.

AEO pays a forward yield of 3.5%, but it hasn't raised its payout since 2013. Nonetheless, its low payout ratio of 52% gives it plenty of room to do so as its earnings growth stabilizes.

Las Vegas Sands, Tanger, and AEO are all good long-term income plays, but investors should mind the risks. Sands could be hurt by a slowdown in Macau, Tanger's occupancy and rental rates could slip, and AEO's promotional strategy could be a slippery slope. Therefore, investors should weigh those risks against their dividends and valuations before buying any shares.