Few companies can match Starbucks' electric growth rate of the past quarter century. Here are 3 stocks that will try.

Since then, Starbucks has grown into a coffee-brewing empire spanning more than 25,000 stores, with plans to open 12,000 more over the next five years. By then, say analysts, Starbucks could be earning more than $5 billion annually on sales of nearly $34 billion.

Are there any stocks out there today that resemble Starbucks in 1992? Polling our best investors here at the Fool, we came up with three good bets: Ulta Beauty (ULTA 3.33%), Proto Labs (PRLB 4.29%), and GrubHub (GRUB). 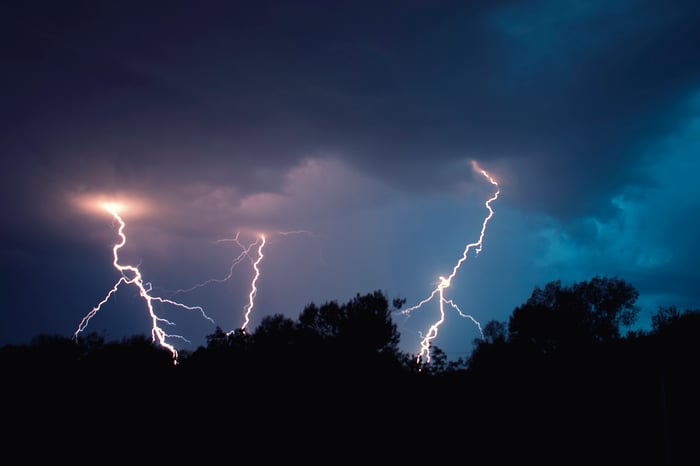 Like Starbucks in its early days, Ulta Beauty is benefiting from a quickly growing store base. CEO Mary Dillon and her team are launching about 100 new locations per year and just crossed the 1,000 store mark. Combined with surging revenue at existing shops, that base boost pushed revenue higher by over 20% through the first two quarters of 2017.

The company is just getting started in that regard. Executives see room for at least a 40% increase in the store footprint from here, and the U.S. market might even support as many as 1,700 locations, or a 70% expansion, over the long term.

In the meantime, management is pressing the company's e-commerce advantage this year -- digital sales are on pace to accelerate from last year's 50% spike in 2017. Ulta Beauty investors can also look forward to significant earnings growth as net profit margin climbs toward 10%, not too far from Starbucks' 13% figure.

(3D-printing) service with a smile

Sean Williams (Proto Labs): When I think of Starbucks in 1992, I'm reminded of when my addiction with coffee began. I also think of a company that was quickly becoming the go-to premium brand for everything from that morning cup of Joe to an afternoon bite to eat. Today, Starbucks has transformed into a global giant with an easily recognizable brand and exceptional pricing power. It's something I could see of Proto Labs one day.

Proto Labs is a digital manufacturing company in the 3D-printing space, but it's nothing like its other struggling 3D-printing peers. Instead of focusing on developing 3D printers for the public and enterprise customers, which hasn't panned out as expected for traditional 3D-printing companies, Proto Labs acts like a FedEx Office for prototypes and low-production parts. Consumers and businesses place orders with Proto Labs for a quick turnaround order, and Proto Labs completes the order. It's as simple as that.

Second, there are fewer obstacles to bridge between the business and customer. As my Foolish colleague Travis Hoium pointed out earlier this year, not everyone is going to understand how to operate a CAD/CAM machine, which is an intimidating obstacle to overcome. With a service provider like Proto Labs, the machine knowledge and costs are passed back to Proto Labs.

Finally, Proto Labs isn't reliant on a single technology to make its prototypes and low-volume products. Instead, it can allow the job, product, or customer to dictate what method to use. There's just so much added flexibility for Proto Labs compared to its peers.

Without question, 3D printing can be the high-growth industry that Wall Street and investors once predicted. But first we need consumers and businesses to get comfortable with what 3D printing can offer. Proto Labs offers that bridge, just as Starbucks offered a bridge into the premium coffee experience in 1992.

Rich Smith(GrubHub): I'm not certain I know of any company guaranteed to match Starbucks' growth over the past 25 years -- but I know one stock that has a shot.

To me, one-stop take-out ordering service GrubHub looks a lot like Starbucks in 1992. In fact, in some ways I'd even say that GrubHub looks better than Starbucks. For example, GrubHub did more than $575 million worth of business over the past year, and at better margins than Starbucks started out with. In 1992, Starbucks' $4.1 million in profits on $93 million in sales worked out to a net profit margin of just 4.4%. GrubHub's $59.3 million in profits over the past year, in contrast, represented more than 10% of sales.

Like Starbucks, GrubHub is growing at impressive rates. According to data from S&P Global Market Intelligence, GrubHub's sales grew 52% compounded over the past five years, while its net income grew at nearly 27%. Furthermore, analysts who follow the stock project 20% long-term annual earnings growth at GrubHub -- Starbucks-like rates of growth.

How do I know those growth rates are real? Well, I'd been checking GrubHub's website for months, waiting for it to begin delivering to my ZIP code -- to no avail. But I just checked again this week, and it's finally here!

As of today, you can count me in as one enthusiastic contributor to GrubHub's growth.