The $20 billion bank from Little Rock, Arkansas has amassed considerable exposure to out-of-market loans despite the added risk of doing so.

Over the past five years, Bank of the Ozarks (OZK 0.91%) has grown incredibly fast. It's done so by financing large commercial real estate projects in virtually every major metropolitan area in the country.

Bank of the Ozarks has been called the "only show left in town" in New York City. It's the "lender of choice for developers doing the largest deals" in Chicago. It has "funneled more money into Nashville's construction boom than any lender around in recent years." And it has developed a reputation in Miami as "one of the most aggressive in issuing construction loans to Miami condo developers."

The Little Rock-based bank has made real estate loans in 41 states. Of the 20 biggest metropolitan areas in the country, it's financing major commercial real estate projects in all of them, with the exception of Detroit. 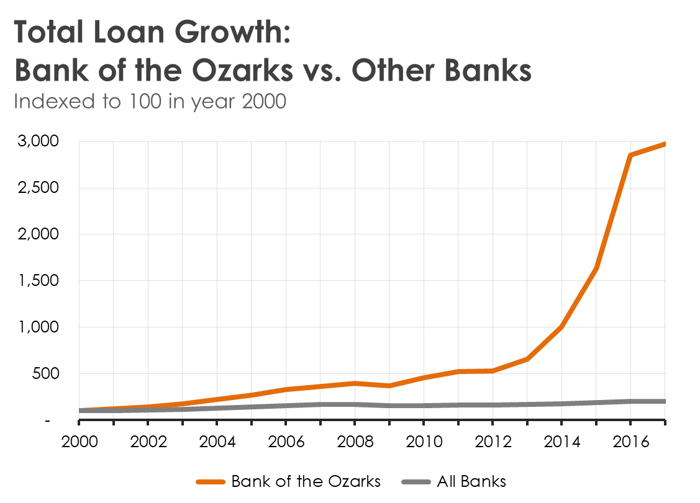 The unit was founded by the bank in 2003, but it wasn't until after 2012 that RESG supercharged its growth by lending on commercial real estate projects seemingly without regard to geography. This strategy goes against the well-known axiom in banking that commercial real estate lending is best done in one's own market.

To this end, a study of bank failures between 2008 and 2011 cited out-of-territory lending as a contributing factor. Another study found that loans made out-of-territory experience higher losses in the event of default. The estimated impact is 312 basis points, which is huge in an industry as leveraged as banking.

Despite this, Bank of the Ozarks has loaded up on out-of-market commercial real estate loans since 2012. Of its $12.7 billion in real estate loans as of the second quarter of 2017, 80% finance projects in states beyond its traditional strongholds of Arkansas and neighboring Texas. That compares to only 20% five years ago. Bank of the Ozarks' biggest geographic exposure is to New York, where it finances large commercial real estate projects in and around Manhattan. Its total exposure to the Empire State is $2.7 billion according to its latest 10-Q. The runner-up is Florida at $2.2 billion, followed by Texas and Georgia. Arkansas doesn't show up until fifth place, at $1.2 billion.

Bank of the Ozarks responds to concerns about this by pointing to what it considers to be its conservatively capitalized loans. Even if they were to go into default, the bank argues that it wouldn't suffer steep losses, which would be absorbed instead by holders of equity and mezzanine debt on the projects. 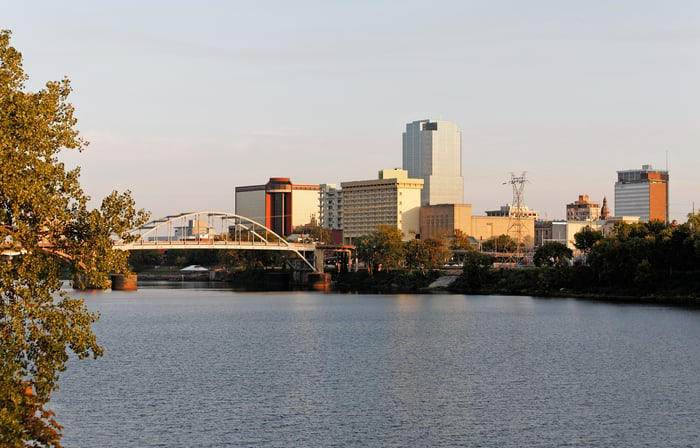 So we're the only person with a mortgage on the asset more 42% loan to value. So when you have that level of conservatism, and you're dealing with that quality of product, and that quality of sponsor you just don't have a lot of problems, and that lets us stay active all the time, every day, every product type in every market in the country.

To be precise, the bank's argument is less about whether RESG's loans are at a greater risk of default, and more about whether the bank will suffer losses in the event that they do. Bank of the Ozarks says that it won't, though, as Warren Buffett has said in the past, "You never know who's swimming naked until the tide goes out."