Please ensure Javascript is enabled for purposes of website accessibility
Log In Help Join The Motley Fool
Free Article Join Over 1 Million Premium Members And Get More In-Depth Stock Guidance and Research
By Chris Neiger - Oct 14, 2017 at 11:30AM

There's only a few months left in 2017, which makes it a good time to look at what some of the biggest technology players are working on right now and how that might translate into new tech trends next year.

Apple (AAPL 2.45%), Alphabet (GOOG 5.20%) (GOOGL 5.11%), Tesla (TSLA 4.53%), Amazon.com (AMZN 3.58%), and other tech leaders are leading advancements in augmented reality, voice-enabled speakers in the home, and semi-autonomous driving technologies -- and each trend is poised to dominate the technology landscape in 2018. 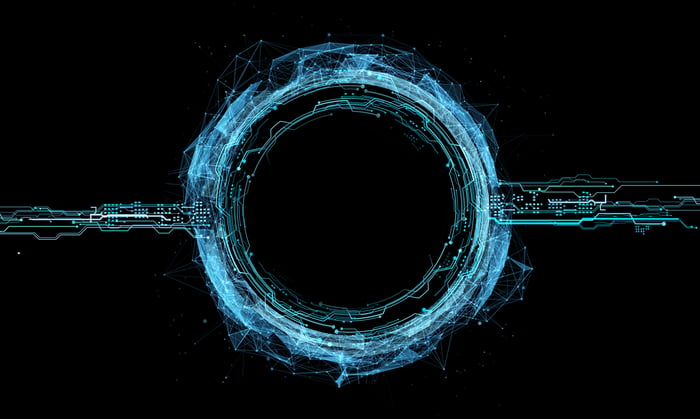 Voice-enabled speakers will take over the home

Voice assistants aren't new, and neither is the smart speaker. Amazon released the first Echo -- with its Alexa virtual assistant -- in late 2014. But a slew of new devices by Amazon, Apple, and Google mean that voice-enabled smart speakers and devices will be one of the biggest tech trends of next year.

Amazon now offers seven Alexa-powered devices, and they can do everything from help you with your clothing style to make video calls to call an Uber. The company's latest devices range from just $50 to $230, and the plethora of Alexa devices has already allowed the company to take more than 70% of the voice-enabled speaker market.

The original Google Home smart speaker allows users to make search queries and sync other smart devices together, and the new, small Google Home Mini does the same but in a smaller size and at a cheaper price. Meanwhile, the Home Max adds superior sound quality thanks to a much larger speaker.

Google currently holds about 23.8% of the voice-enabled speaker marker right now, and is hoping to expand that with its new Home devices lineup. Meanwhile, Apple will enter the ring toward the end of this year when its own high-end voice-enabled speaker, the HomePod starts, starts shipping in December.

The smart speaker market is expected to grow from 4 billion units this year to 7 billion by 2020. With the recent release of all of these new devices, it's likely that 2018 will be the pivotal year when users start adopting the devices in droves, and when we see competition among Apple, Amazon, and Google truly heat up. 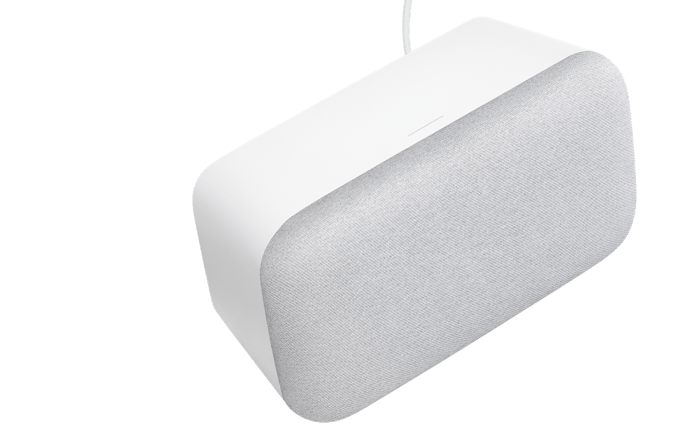 There's been a lot of autonomous driving advancements, announcements, and partnerships this year, and it's likely that things will pick up even more next year for several reasons.

First, Tesla is planning on showing off its autonomous driving chops later this year by having one of its cars drive itself all the way from Los Angeles to New York. Tesla has already started manufacturing its new vehicles with hardware capable of full autonomy, and has been slowly rolling out software updates to allow its vehicle to tap into the hardware.

Tesla is also expected to unveil a new semi truck some time in November. The electric semi truck will likely be equipped with Tesla's semi-autonomous Autopilot driving system, which provides automatic steering, braking, and lane changes on highway roads. This could be an initial step toward autonomous semi trucks, and with the announcement coming in late 2017 it means that next year we're likely to hear about even more semi-autonomous semi truck technology. 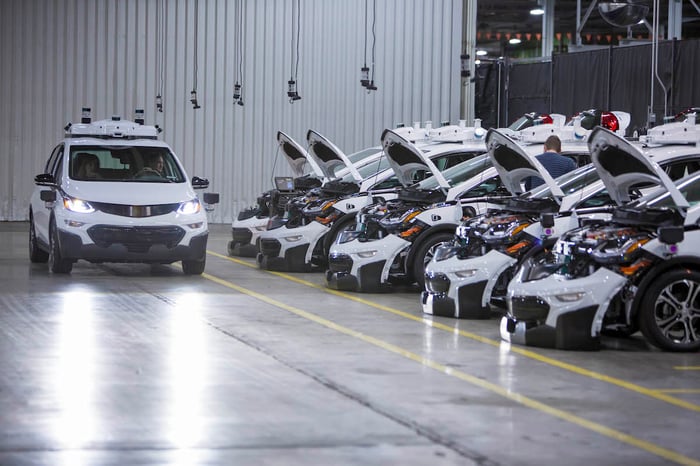 Of course, Tesla's not the only carmaker pursuing autonomous driving technology. Just last month, General Motors (GM 5.55%) said that it had produced 130 fully autonomous cars on a regular vehicle production line. Like Tesla, GM will roll out the autonomous software as it's ready, but the fact that two key automakers already have the hardware capabilities for driverless cars on the road this year means that we should see much more semi-autonomous technology inch toward full autonomy next year.

The driverless car market is expected to be worth $77 billion by 2035, and with the pace of innovation among Tesla, GM, and others already picking up, you can bet that next year we'll see even more semi-autonomous car technology on the roads.

Augmented reality (AR) is poised to grow exponentially among consumers next year thanks to Apple and Google's recent push to make the technology mainstream.

Apple updated its mobile operating system, iOS, late this year, and of its most imporant new features is its abiliy to run augmented reality apps. For example, say you want to measure how wide your TV is and whether it will fit on your wall. There are apps now in the Apple App Store that will display a measuring tool on your phone's screen and adjust the length as you move your phone, just like a tape measuere.

That many not sound like a big idea, but overlaying digital information onto the real world is going to be a huge business. MarketsandMarkets estimates AR will be worth $61 billion by 2023. 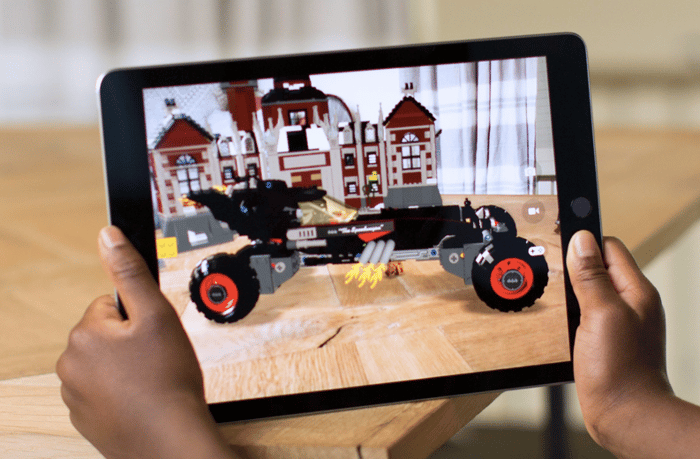 We will likely hear more about Apple's AR plans next year as well, especially as the company is rumored to be working on its own augmented reality glasses, which are expected to debut in 2020.

And Apple isn't the only one betting on this. Google's latest release of its new Pixel 2 phones is sure to spark more AR use in 2018 as well. The company says the cameras on its new phones are especially good for augmented reality. Like Apple, Google recently released an augmented reality kit for developers, called ARCore, that should encourage more developers to create AR apps next year.

2018 could be huge, but the same investing rules apply

There's no crystal ball to peer into, but it's likely that some of the big technology ideas making headlines at the end of this year are likely to become some of the biggest tech trends in 2018.

If you're considering investing in any of the tech trends above, just remember that the usual investment rules apply. Look for a leader in the space that's outpacing the competition with solid financials, and hold the stock for the long haul.

Also, remember that while these areas are growing, that doesn't mean the companies will earn substantial revenue from them in 2018. For example, Amazon has the potential to earn $10 billion from its Echo devices by 2020, according to RBC Capital Markets, but the Echo still represents a small portion of Amazon's total revenue. We may see these trends take off next year, but it could be several years before the companies see a significant benefit to their top line.