The 2015 merger of Kraft Foods and H.J. Heinz created the fifth-largest food and beverage company in the world. Most noteworthy about this deal was not the scale and impressive portfolio of diversified brands it would create, but who was orchestrating it.

Warren Buffett, whose Berkshire Hathaway (NYSE:BRK.A) (NYSE:BRK.B) owned 53% of Heinz before the merger, was instrumental in bringing the two companies together. Berkshire partnered with Brazilian investment firm 3G Capital to invest $10 billion in the new Kraft Heinz (NASDAQ:KHC). Today, 3G and Berkshire Hathaway own more than 50% of the company, with Warren Buffett sitting on the board of directors.

3G's strategy is on full display

While Berkshire Hathaway is the largest shareholder, owning 26.7% of the stock, Kraft Heinz is 3G Capital's show. Bernardo Hees, a partner of 3G Capital, is the CEO of Kraft Heinz with a few other current or former members of 3G Capital serving in important leadership roles.

3G Capital has been following the same playbook with Kraft Heinz as it did with other acquisitions it has made in the consumer goods sector. At the time of the merger, the new management team set the goal of cutting unnecessary costs and using that savings to plow more investment into growth opportunities, particularly international expansion, where Kraft Foods has untapped growth potential.

The cost-cutting strategy has worked like a charm on the bottom line. In 2016, the first full year under 3G Capital's leadership, Kraft Heinz grew earnings per share (excluding costs associated with the merger) by 52%. Earnings have continued growing at a brisk rate, up 15% in the first half of 2017.

Weak top-line growth has been a key investor concern

Sales growth has been another story. Kraft Heinz has seen very sluggish growth in North America, as consumers shift away from packaged, heavily processed items to fresher foods. As a result, sales grew only 0.3% in 2016, and sales are down 1.8% so far in 2017. Kraft Heinz's struggle to grow sales has taken its toll on the stock price, as you can see in this chart. 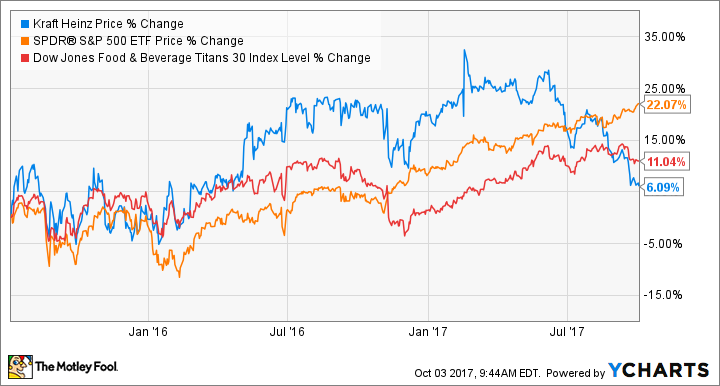 This is an industrywide problem with no easy solution. While Kraft Heinz has scale, iconic brands, a large marketing budget, and arguably the smartest business minds in the world directing the company, investors shouldn't expect a quick turnaround. 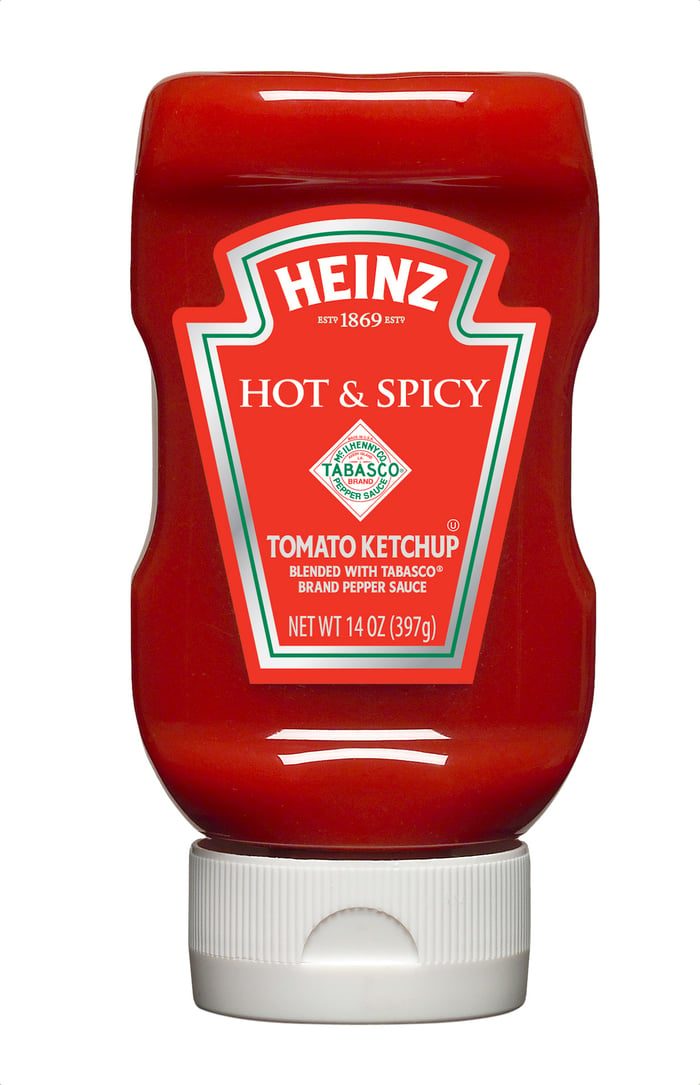 Part of management's plan to grow sales in the face of consumer headwinds has been increases in marketing and the introduction of new products, such as Heinz barbecue sauces and Heinz Seriously Good Mayonnaise. Although total sales are not growing, the company would likely be doing worse if not for these new product innovations since 3G took over.

While sales growth will likely continue to be sluggish, investors can expect management to keep the bottom line growing via cost-cutting, strong marketing of new products, price increases, and better in-store execution. The stock trades at about 22 times trailing earnings per share, so it's not expensive relative to recent double-digit earnings growth rates. But to keep investors satisfied, Kraft Heinz will have to improve sales growth at some point, because cost-cutting only gets you so far.