The connected-home technology company is on roll in 2017, trading up roughly 200% year to date.

Shares of Control4 Corporation (CTRL) climbed 19% in September, according to data from S&P Global Market Intelligence, with the movement probably stemming from ratings upgrades and new product launches.

Control4 specializes in connected technologies and services for high-end homes and businesses and has a market cap of roughly $750 million. Because of the company's relatively small size, its stock can post big movements on ratings coverage and other news.

In product news, the company announced and launched a new line of Triad-branded multi-room audio equipment on Sept. 6. Control4 reports that over 65% of its customers make use of its multi-room audio setups, so the recently released switches and amps are likely to enjoy solid adoption numbers among the company's client base.

Cowen and Company issued a new research note on the stock on Sept. 8, raising its rating on the stock from "market perform" to "outperform" and moving its price target from $22 to $30. The note pointed to the release of the Triad audio equipment, a new router, and other new features as reasons for the upgrade. Following that, Needham & Company raised its price target on Control4 from $25 to $27 on Sept. 11. 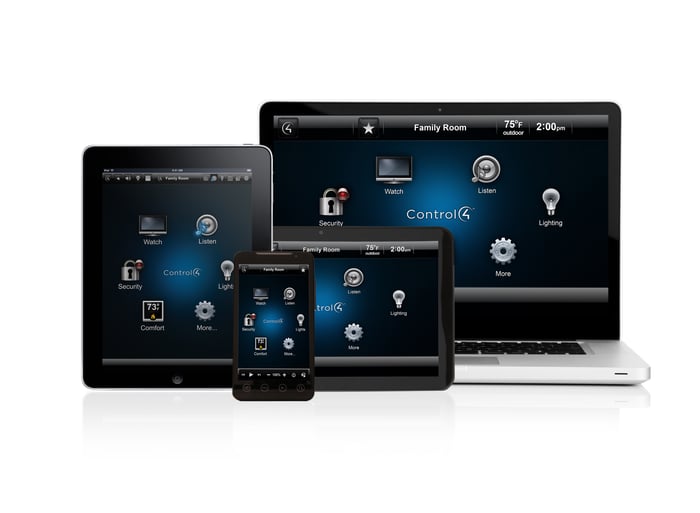 After gaining roughly 200% year to date, Control4 trades at roughly 30 times forward earnings, but the stock could still have room to run at that price. While the company's earnings multiple looks high, a forward price-to-earnings growth ratio of just 0.3 suggests the stock might still be undervalued. The company estimates that it has reached less than 2% of its addressable market in the high-end home space, which points to a huge growth avenue as smart home technology adoption becomes increasingly mainstream.

Control4 is scheduled to report third-quarter earnings results on Nov. 2.

Why Control4 Stock Popped 36% in May

Why Control4 Shares Got Crushed Today