When you buy a stock you are, effectively, giving your money to a company with the expectation that management will invest it wisely on your behalf. This is a relationship inherently built on trust. I, personally, take the trust issue very seriously, which is why two dividend stocks I'd never buy are Kinder Morgan, Inc. (NYSE:KMI) and Energy Transfer Equity (NYSE:ET).

What do you mean, a dividend cut!?

On Oct. 21, 2015, midstream oil and natural gas giant Kinder Morgan increased its dividend, stating, "[W]e currently expect to increase our declared dividend for 2016 by 6 to 10 percent." The company also reiterated that returning cash to shareholders "in increasing amounts" was a key corporate goal. 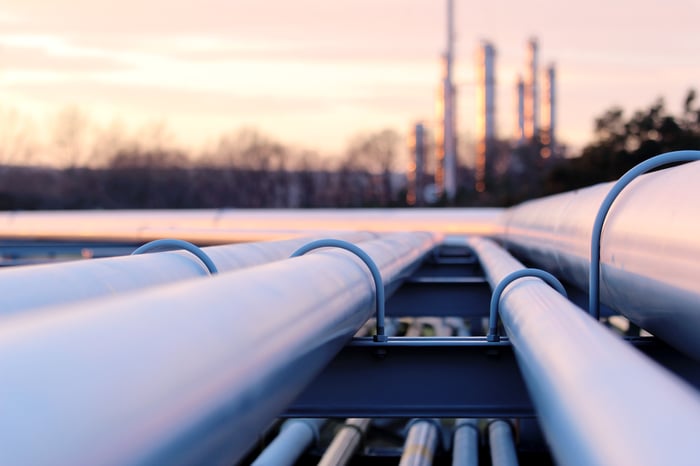 On Dec. 4, 2015, Kinder Morgan explained: "KMI has now completed its 2016 budget process and expects to generate 2016 distributable cash flow of slightly over $5 billion, which would be sufficient to support dividend growth in the range discussed in the third quarter call." But it noted that it would be reviewing the dividend policy as it looked at its funding needs in 2016. On Dec. 8, the company announced a massive 75% dividend cut, less than two months after assuring investors more increases were in the cards.

The main reason for the dividend cut was the company's extensive use of leverage, well above that of more conservative oil and gas midstream players like Magellan Midstream Partners, L.P. When the oil prices started to fall in mid-2014, Kinder Morgan simply didn't have the financial flexibility to keep funding its growth projects. To be fair, management probably made the right move for the company, which recent plans to start growing the dividend again prove. 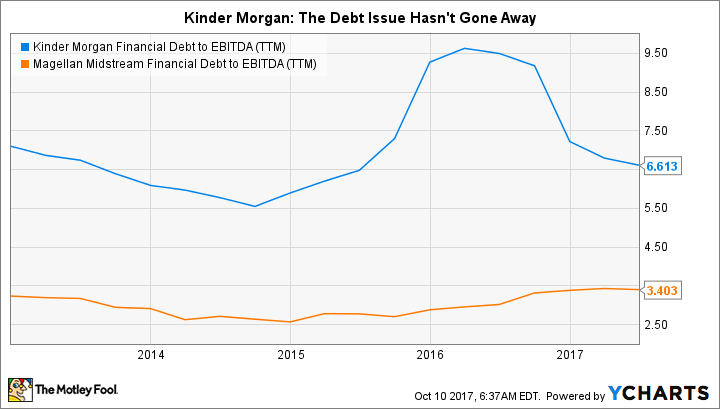 But I don't like the fact that Kinder Morgan didn't live up to earlier promises about the dividend. And since debt levels still remain elevated compared to peers, the issue that led to the cut hasn't really been addressed. In the end, I can't trust that Kinder Morgan will live up to its dividend promises, and that's more than enough to keep it off my buy list even as it starts to hike the disbursement again.

Next up is another midstream giant, Energy Transfer Equity. My concerns here date back to Energy Transfer's scuttled attempt to buy Williams Companies Inc. Here's what you need to know.

Energy Transfer agreed to acquire its competitor, Williams. Oil prices, however, were rapidly deflating, and the deal Energy Transfer struck quickly turned into a bad decision. As originally designed, the purchase would likely have required cutting the dividend, taking on huge amounts of debt, or issuing dilutive shares. Energy Transfer realized the error of its ways and worked to scuttle the deal. In the end, it succeeded. 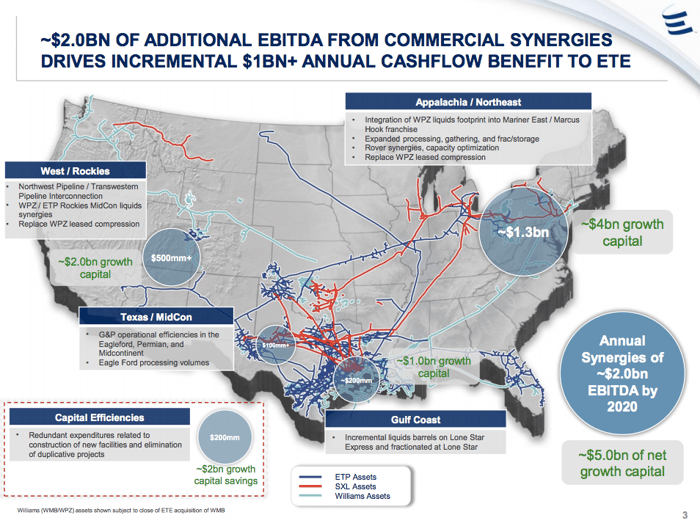 Here's the problem: Part of the effort to kill the Williams deal involved the issuance of convertible securities. A large portion of the convertible securities went to Energy Transfer Equity's CEO and chairman of the board, Kelcy Warren. These securities would have, effectively, protected the CEO's distributions if the deal were consummated and the common dividend was cut. Think about that for a second: When push came to shove, it certainly appears like the CEO chose to protect himself from a worst-case scenario that would have hurt shareholders.

There are other reasons to dislike Energy Transfer Equity today, as fellow Fool Matthew DiLallo recently pointed out. But for me, the more important issue is trust. As long as Warren is still the CEO and chairman of the board, Energy Transfer won't find its way onto my buy list.

Companies have to earn it

When you invest, you need to make sure you put your hard-earned money into shares of a company that’s trustworthy. The leaders of dividend payers Kinder Morgan and Energy Transfer Equity have done things that make me worry that I can't trust them. There's no way I'm giving them my hard-earned money.