Please ensure Javascript is enabled for purposes of website accessibility
Log In Help Join The Motley Fool
Free Article Join Over 1 Million Premium Members And Get More In-Depth Stock Guidance and Research
By Dan Caplinger - Oct 15, 2017 at 8:03AM

Learn the basics along with this year's changes before the Nov. 1 starting date.

The Affordable Care Act has been under attack in 2017, but at least so far, the federal government hasn't passed legislation repealing the ACA, better known as Obamacare. As a result, Obamacare open enrollment will go forward as scheduled, allowing Americans to sign up for healthcare coverage using ACA-sanctioned insurance marketplaces. However, if you expect to use Obamacare coverage in 2018, there are some things about open enrollment that you'll need to be aware of before you look to sign up. In particular, the following questions will in some cases have slightly different answers than they did in previous years.

The Obamacare open enrollment period for the 2018 plan year begins on Nov. 1. It runs for 45 days, ending on Dec. 15. That's a change from previous years, when longer periods were available. Last year, for instance, open enrollment started on Nov. 1 and ran through Jan. 31. If you wanted your coverage election to take effect by Jan. 1, then you had to act by Dec. 15, but those who filed in the latter half of the period still had the ability to enroll or make changes. 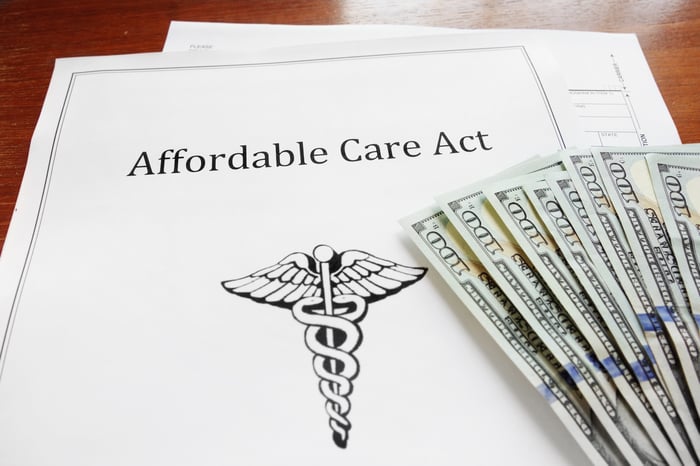 The Healthcare.gov website is still the central clearinghouse where you can get information about coverage under the Affordable Care Act. However, as has been the case in past years, not all Americans will enroll for coverage using that site. If you live in any of 14 states that have their own marketplace programs or the District of Columbia, then the actual signup process will happen on your state's own website. This page shows you which states have their own programs and provides links to each state's website.

Will signing up for Obamacare be harder than in past years?

The Trump administration has made several changes to the way it implements the Affordable Care Act compared to how the Obama administration worked with the healthcare coverage program, and some of them could result in greater difficulty for some people in signing up for Obamacare. Substantial cuts to the Department of Health and Human Services' budget for Obamacare will result in spending reductions on certain efforts related to the program. For instance, advertising from the federal government promoting the Affordable Care Act will be down 90% from previous years. The government has also reduced its spending on outreach efforts through community groups and other institutions. These changes will put more of the onus on participants to seek out the information they need to enroll in Obamacare.

Another recent controversy has centered on administration plans to close the Healthcare.gov website for maintenance for 12-hour periods from midnight to noon Eastern time on Sundays during the enrollment period, with the exception of the final Sunday on Dec. 10. Administration officials have said that website maintenance is routine, but critics believe that the period of downtime is excessive and unnecessarily long.

Will Obamacare premiums increase in 2018?

Many insurance companies providing coverage under the Affordable Care Act have asked for substantial rate increases compared to 2017 premium levels, with double-digit percentage hikes being commonplace. The political wrangling in Washington over the ACA has led to considerable uncertainty among insurance companies about key provisions of the law, especially how cost-sharing reductions that subsidize millions of Americans will be handled going forward. If reduced outreach efforts to promote participation lead to smaller numbers of enrollees, then insurers could face greater losses from covering a riskier pool of participants. Some insurance companies have simply chosen not to provide coverage, leaving a smaller number of providers and leading to less competitive pricing.

Be ready for open enrollment

Despite multiple efforts to repeal and replace the Affordable Care Act, Obamacare open enrollment for 2018 will still go through as scheduled. If you need coverage under the program, it's essential to know when and how to get it, all the while understanding the challenges that you might face in navigating a changing environment for Obamacare.