The iconic handbag maker is making corporate branding changes to reflect its evolving business. Has the investing story changed?

On Oct. 11, fashion company Coach (TPR 1.40%) announced that it will be rebranding by changing its name to Tapestry. The name change reflects the transformation Coach has pursued in past few years. Here's what investors need to know.

Since 1941, Coach has been a New York-based maker of leather fashion accessories. The company is especially known for its women's handbags, but over the years, it has begun to offer other types of accessories for both men and women.

Things started to change in a bigger way in 2014. Company sales were struggling, and management set out on a campaign to transform the Coach name into a "house of fashion" rather than a single brand. The first meaningful push in that direction began in 2015 with the purchase of luxury shoe brand Stuart Weitzman for an initial cash payment of $530 million. In the last quarter, Stuart Weitzman contributed $88 million in sales (8% of total revenue) and $0.08 in earnings per share (15% of the bottom line).

Earlier this year, the company announced another acquisition. This time, it was rival New York fashion company Kate Spade, known for graphic prints and vibrant colors across its line of handbags, accessories, and clothing. The $2.4 billion deal closed in July.

The rationale here was that the two combined fashion companies would have greater reach with an expanded product lineup, all the while saving on expenses and maximizing the bottom line. Coach said it expects Kate Spade to contribute over $1.2 billion in revenue in the next fiscal year, about 20% of total revenue, while generating $30 million to $35 million in synergies.

Now that Coach has a budding portfolio of notable brands, it has become a true "house of fashion", and management felt that the corporate structure should be rebranded. While Coach, Kate Spade, and Stuart Weitzman keep their respective names and operate independently, Tapestry will report both consolidated and segment-specific results during the upcoming fiscal year.

The name change will take place on Oct. 31. At that time, the ticker will change from the current COH to TPR. 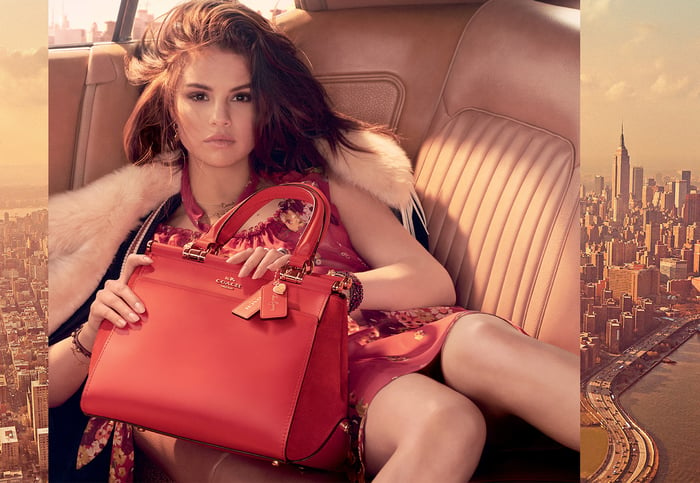 Not much is changing here for shareholders besides the ticker. And if you like Coach handbags, Kate Spade prints, and Stuart Weitzman shoes, don't panic -- you won't see any fashion product or store with the name Tapestry on it.

However, the name change does represent the company's ongoing focus on becoming a multi-brand fashion company rather than a specialty retailer. A move like this isn't unprecedented. While it's hardly a comparable company, remember when Google changed its corporate name to Alphabet? The Tapestry strategy is similar, becoming more of a holding company for each independently operated segment.

It could also be a clue that this isn't the end of fashion consolidation. The industry has been struggling against stalling sales and high promotional activity the past few years. Perhaps the newly minted Tapestry aims to add more brands to its stable in the years ahead.