The second-largest shareholder, owning 11.6% of RBI is National Indemnity, a subsidiary of Warren Buffett's Berkshire Hathaway (NYSE:BRK.A) (NYSE:BRK.B). Together, 3G and Berkshire own about 54% of RBI, effectively giving control of the company to two well-regarded investors who invest very Foolishly -- buying prosperous companies with a focus on the long term. 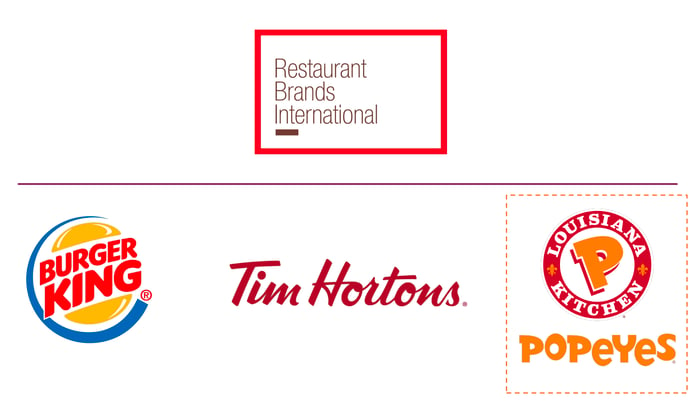 3G Funds is managed by 3G Capital, the Brazilian investment firm famous for orchestrating the merger between Inbev and Anheuser-Busch in 2008. Since then, 3G Capital has gone on a rampage through the U.S. consumer goods sector, buying large stakes in H.J. Heinz and Burger King, which is now part of Restaurant Brands International.

3G Capital teamed up with Buffett in 2013 to take control of H.J. Heinz before merging the famous ketchup brand with Kraft Foods to form Kraft Heinz in 2015. In his 2015 letter to Berkshire shareholders, Buffett had this to say about 3G Capital manager Jorge Paulo Lemann:

Jorge Paulo and his associates could not be better partners. We share with them a passion to buy, build and hold large businesses that satisfy basic needs and desires. We follow different paths, however, in pursuing this goal.

Whereas 3G likes to buy sizable stakes in companies in order to infuse a new culture with a disciplined focus on the bottom line, Buffett takes a passive role in Berkshire's investments, letting existing management continue their ways of doing things.

The most important thing RBI shareholders should know is that, while they follow different approaches with their investments, both 3G and Berkshire have great track records of delivering good returns to shareholders. Since 3G took control of Anheuser Busch Inbev in 2008, the stock is up more than 200%, outperforming the S&P 500 index.

3G Capital's success is even more impressive when you consider it all started with the 1989 purchase of Brazilian brewer Brahma for $50 million. After a series of acquisitions over the years, 3G's beer empire grew large enough to enable a $52 billion transaction for Anheuser-Busch.

RBI has the potential to deliver good returns for shareholders given its restaurants' small geographic footprint. Tim Hortons is mainly a regional restaurant chain, with more than 80% of its restaurants in Canada. RBI just completed the acquisition of Popeyes Louisiana Kitchen, which only has a speckling of restaurants open outside of its home region of the southern U.S. Even its largest chain, Burger King, still has good growth potential to expand its global unit footprint.

Make no mistake. The people behind 3G Capital are clearly out to conquer the quick-service restaurant industry following the same formula that worked well for them in the global beer market.

The fast-food market is a different terrain than beer, so success isn't guaranteed. But with a Berkshire subsidiary partnering with one of the best business operators around, shareholders couldn't ask for better stewardship to guide RBI.