Please ensure Javascript is enabled for purposes of website accessibility
Log In Help Join The Motley Fool
Free Article Join Over 1 Million Premium Members And Get More In-Depth Stock Guidance and Research
By Scott Levine - Oct 16, 2017 at 8:15AM

Analysts are forecasting $0.33 earnings per share, but there's much more to an earnings report than just one figure.

An industry leader in gold mining, Newmont Mining Corp. (NEM 0.27%), is expected to report its third-quarter earnings on Oct. 25. Interested as investors may be, digging through a miner's earnings report can be overwhelming, and it's easy to feel as if one's been buried under mountains of facts and figures. Let's try to make things a little easier by focusing on three things we can expect management to address.

A peek at the pipeline

In its second-quarter earnings call, management identified eight projects in development that will play a critical role in helping the company to achieve its annual average gold production forecast of 5 million ounces. Specifically, management foresees these eight projects contributing "annual gold production of about 1.3 million ounces at all-in sustaining costs (AISC) below $750 per ounce for their first five years and generate internal rates of return above 20%." 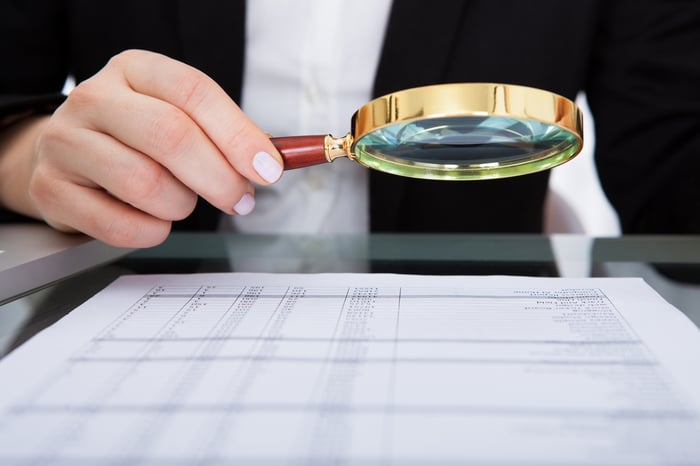 In Australia, for example, the Tanami Expansion -- completed on schedule and within the approved budget -- began commercial production in August. In addition to increasing Tanami's annual gold production by 80,000 ounces per year, management expects the expansion project to reduce the mine's all-in sustaining costs to between $700 and $750 per ounce and extend mine life by three years.

Look for management to provide updates on other prominent projects in the pipeline. Namely, there should be confirmation that production is continuing to ramp up at Cripple Creek and Victor and Long Canyon. Moreover, in Nevada, there should be progress at the Twin Underground, where first gold production is expected to begin in the fourth quarter of this year.

When it comes to returning cash to shareholders, Newmont stands out from its peers in that its dividend is linked to the price of gold. When the average quarterly price of gold is between $1,250 and $1,299 per ounce, for example, Newmont's annualized dividend is set at $0.30 per share. Investors, however, may find the company announcing a new approach in the Q3 earnings presentation.

Speaking with Reuters over the summer, Gary Goldberg, Newmont's CEO, revealed that during the company's October board meeting, "One of the things we'll be looking at is what's an appropriate level of dividend that might attract new investors." 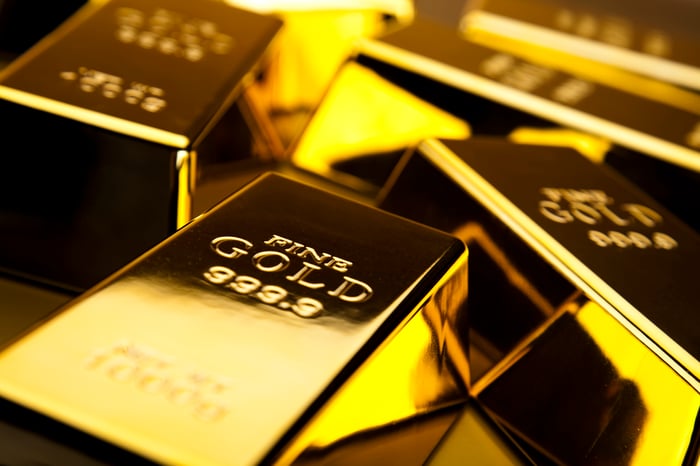 Between the $3.2 billion in cash it reported at the end of the second quarter and a net debt-to-EBITDA ratio of 0.6, Newmont could, presumably, raise its dividend while remaining in a secure financial position.

Three out of four ain't bad

Identifying an initial AISC target between $940 and $1,000 per gold ounce for fiscal 2017, Newmont recently provided a downward revision. Based on strong performances from mines located in North America, Australia, and Africa -- three of the four continents where Newmont Operates -- it now estimates AISC between $900 and $950 for the year.

At the Carlin mine in Nevada, for example, the company completed a planned maintenance shutdown ahead of schedule and under budget in the second quarter, which contributed to a cost reduction. And thanks to a smooth ramp-up in production at Long Canyon, management downwardly revised its initial fiscal 2017 AISC forecast by 13%.

What to expect from Newmont

Founded more than a hundred years ago, Newmont has a rich history of digging the yellow stuff out of the ground. And the successful development of projects in its pipeline will be one sign that the company has a lustrous future before it. Most intriguing for me, though, is whether Newmont will adjust its dividend policy -- one that is already distinguished from its peers. The company's stockpile of cash and conservative approach to leverage certainly suggest that there's an opportunity for this gold miner to return more green to its shareholders.