Wall Street seems to think so… and so do I.

Last week, Netflix (NFLX 5.03%) announced it was hiking prices. While the move may be jeered by its 100 million-plus subscribers, it was cheered by Wall Street, as the stock appreciated 7.4% by the end of the week.

The move seemed to surprise people -- not because Netflix raised prices, as its high multiple always implied further price increases were possible -- but rather, how soon the hikes came after the last one, which was just in the spring of 2016.

Over the summer, I postulated Netflix's intrinsic value using some very general assumptions. One can only guess as to Netflix's true potential, as the worldwide streaming market is vast, and Netflix's management has a history of blowing past expectations. Now that Netflix is jumping on the price hike-train sooner than I thought, it's quite possible the company will be more profitable than I assumed, especially when one looks to 2025. Here's how the new hikes affect my value assumptions.

While only $1-$2 dollars, the increases represent a 10% and 16% hike. This is pretty rich when you consider inflation has failed to get over 2% since the financial crisis, and even more stunning considering 2016's Standard Plan increase was 25%, from $8 to $10. 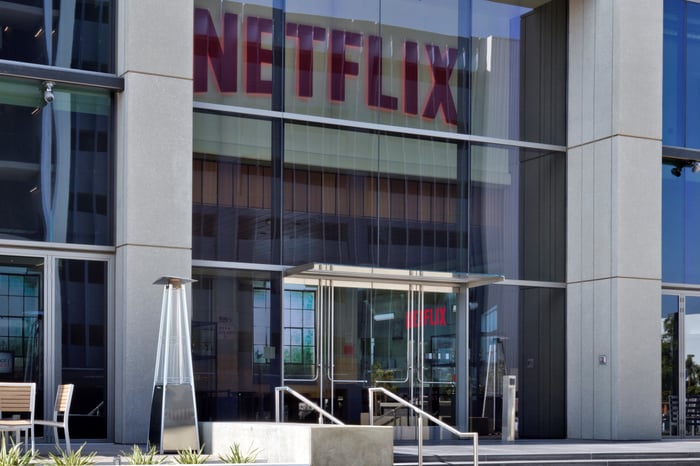 The big question is whether the price hikes will lead to increased customer churn. I don't think so. In 2016, Netflix actually did experience an increase in churn when it raised prices, but that was only a hiccup on the way to continued subscriber growth over the next year and a half.

Netflix also learned some lessons from its 2011 Quickster debacle, when it hiked prices far too drastically, and subscribers fled in droves. You can be sure the company has a whole lot of data and had a lot of conversations about how and when to hike (not coincidentally, it's doing so just as the second season of hit show Stranger Things is about to drop).

How it affects Netflix's value

In my previous article, I came out with a base, bull, and bear case as seen below, using Disney as example numbers in net margin percentages and price-to-earnings multiple.

Chart shows assumptions based on authors own calculations, extrapolated from company earnings.

While these don't seem like spectacular returns, the recent price hike does point toward the bull case, which would only require four more $1 hikes over the next eight years.

It's also possible my margin profile for the company is too low. While the 16.6% generated by Disney is quite good, a subscription business with global scale could exceed that.

For instance, Netflix has said it will spend $7 billion on content next year, up from $6 billion in 2017. Netflix already has tons of content and spends more than any other cable channel except ESPN. In addition, more of this content is original, which means it will be owned by the company forever, so Netflix won't have to replenish its library once these shows end their run.

In other words, I don't think Netflix needs to increase content spending at the current rate forever. For the sake of argument, let's say that Netflix spends $12 billion in content in 2025 -- double what it did this year. The company additionally spends about 27% of its revenue on operating expenses such as technology, marketing, and administrative expenses, but that number has been ticking down. So, even if the bull case occurs and Netflix makes $54 billion in 2025 revenue, it could feasibly have operating income of $25 billion, or around 50% (a la Facebook). With interest expenses and taxes, the company could thus earn $16 billion. At the same P/E multiple, that would make Netflix worth almost $300 million, or 3.5 times the current market cap (for a 16.8% annualized return, even from these levels).

Nothing is certain of course, especially looking eight years out -- but right now, the signs are pointing toward the bull case rather than the bear or base cases. Let's just see if the company can retain its subscribers over the next year.