We anticipate negative [free cash flow] to accompany our rapid growth for many years.

As with many high-growth companies, Netflix places less emphasis on current profits and earnings, and instead, shareholders must look to the future to justify the company's nearly $80 billion market valuation.

As my former professor Aswath Damodaran said, valuation is a story put into numbers. And since Netflix is in the storytelling business, let's look at a few different cases for the company's future to determine what kind of story the numbers tell. 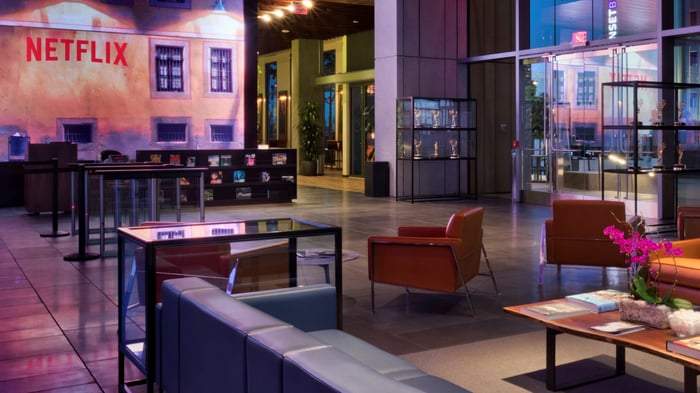 Who Netflix resembles at maturity

Obviously, Netflix will not trade at over 200 times earnings forever. So when I think about what a "mature" Netflix might look like in, say, 2025, I think of another entertainment giant -- Walt Disney (NYSE: DIS) -- a wide-moat, high-quality industry leader in the mature phase of its growth cycle.

Currently, Disney has net margins of 16.6% and trades at a valuation of 18.5 times forward earnings. We'll use these numbers as benchmarks for three different growth scenarios at Netflix.

At the end of the second quarter, Netflix had roughly 104 million subscribers split between its domestic and international segments. That gives the company about 50% penetration in the U.S. market, according to the U.N. figures, but less than 7% penetration internationally.

So the question remains: How much of this market can the company take ... and at what price?

Applying the net earnings margin of 16.6%, Netflix would earn about $5.6 billion in 2025. And at Disney's 18.5 price-to-earnings multiple, Netflix would trade at a market capitalization of $103 billion. That represents only a 3.5% annualized return from current levels, okay but far from exciting.

While Netflix is an incredible company, it's not without competition. There's not only Amazon, which will spend an estimated $4.5 billion this year on video content but also HBO, Showtime, Starz, Hulu, and other international services.

In a more bearish scenario, let's say this competitive pressure limits Netflix to 60 million domestic and 120 million international subscribers in 2025. Meanwhile, the company has been unable to raise prices, keeping its monthly price at $9.99. Those number combine for a $21.6 billion top line.

With the same benchmarks from Disney, earnings would amount to $3.6 billion, and the company would trade at a $66.3 billion market cap -- down 15% from current levels.

Now, here's where things get fun. Netflix has a dominant brand, visionary management, and a huge addressable market. I think a plausible bull case could be made for 300 million total subscribers by 2025. That may seem high, but remember that it still accounts for just 35% of current U.N. estimates for global fixed broadband subscriptions.

It's also possible Netflix has untapped pricing power and could reasonably command $14.99 per month. That might seem like a significant 50% increase, but it's what rival HBO already charges.

With pricing and subscriber growth playing out favorably for the company, Netflix would generate a whopping $54 billion by 2025. Turning to our fixed margin and multiple once again, the valuation rises to $165.7 billion, good for a 9.9% annualized return.

There's obviously a lot of uncertainty and guesswork to these estimates. Netflix may eventually become even more profitable than Disney thanks to its operating leverage, or the company could branch into completely new growth avenues and maintain a premium valuation multiple. But putting the company's story to numbers can help anchor our expectations for high-flying growth stories such as Netflix. Based on my range of expectations, the market seems to have Netflix priced about right.