Spend enough time reading financial news or corporate annual reports and you're bound to come across the term "gross earnings," which can also be expressed as "gross income" or "gross profit." The figure is important because it's the starting point for many financial calculations. And whether it's describing earnings at a multinational corporation or your own personal salary, "gross earnings" differs from "net earnings" in exactly the same way.

When used as a financial adjective, "gross" simply means "without deduction," or "total." And so the term "gross earnings" refers to all of an entity's income. For a person, that means your total salary before any of the common deductions like taxes and retirement contributions are removed.

For a company, gross earnings is often found on the third line on the income statement. The first line is usually sales, or revenue. The second line is usually some form of cost for that revenue, or "cost of goods sold." Subtract cost of goods sold from sales and you have calculated gross earnings. Then you just make the appropriate deductions to arrive at net earnings.

Let's look at a real-world example.

Coca-Cola sells a lot of beverages -- 1.9 billion drink servings per day, to be exact. And those sales generated $46 billion of revenue in 2014. 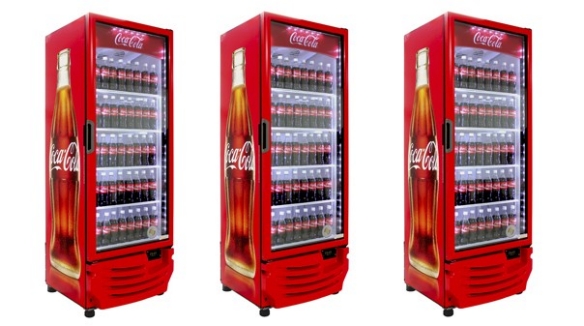 But the genius of Coke's business model involves the fact that its products aren't expensive to manufacture. Cost of sales in 2014 was a relatively tiny $18 billion. So, Coke's gross profit in that period was $46 billion minus $18 billion, or $28 billion.

From there, it's only a tiny step to another critical investing figure: gross profit margin. Simply divide gross profit by revenue to arrive at that result ($28 billion divided by $46 billion in this case, or 61%). Coke's 61% gross margin makes it one of the most profitable companies on the planet.

Yet Coke's costs go far beyond just manufacturing expenses. The soda king has to market those products by spending billions of dollars on advertising. It also has to pay the salaries of its army of sales employees. And it has to pay taxes. After deducting expenses like those, Coke had $7.1 billion of "net income" left in 2014. Again, we can divide that number by the sales figure to arrive at a (still healthy) net profit margin of 15%.

We now have loads of information about Coke's business, just thanks to these few figures. We know it has incredible pricing power because it can sell its products at a substantial premium to their cost of production. And we know that, after distributors, employees, and ad agencies get their respective cuts, net earnings, the bottom line for shareholders, is an impressive double-digits.

Feel like you're ready to take the plunge into investing? Head over to The Motley Fool's Broker Center and get started today.