The data security mainstay is riding high, and there don’t appear to be many potholes in road ahead.

The growth in the cybersecurity market many pundits had expected last year didn't materialize, but 2017 is a different story entirely. Providers including Fortinet (FTNT 1.40%), Palo Alto Networks (PANW 2.90%), and a host of others are enjoying a banner year.

Fortinet stock is up 28% in 2017, and even Palo Alto, which hasn't seen a profit seemingly forever, is up 21%. The strong results aren't surprising given the rise in data breaches of late, including the recent crack in Equifax's (EFX 2.06%) security. But in Fortinet's case, the reason it could be a gold mine for growth investors is that it's not only in the right market, it's delivering the goods. 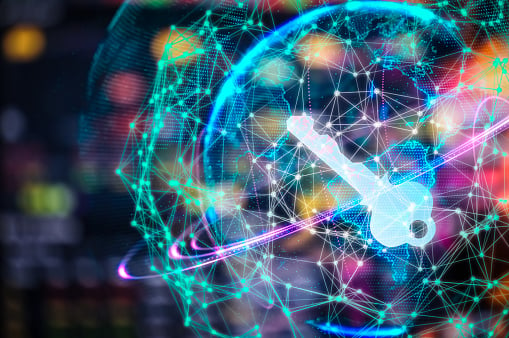 More of the same, please

When Fortinet reports third-quarter earnings on Oct. 26, don't be surprised to see another strong period on both the top and bottom lines -- assuming last quarter, and several before that, are any indication Fortinet should keep the ball rolling.

Last quarter's $363.5 million  in total revenue was a better-than-expected 17% jump compared to a year ago, and CEO Ken Xie's emphasis on service sales and the recurring revenue it generates should help his other goal of maintaining a handle on expenses.

Both product and service revenue climbed last quarter, but it was  the latter that really shined. Product sales rose 4% to $142.7 million, which is a sound result given Fortinet's growth lies more with its service unit. The strong top line was largely due to the 26% increase in service revenue to $220.8 million, which now represents 61% of Fortinet's total, a percentage that's growing with each successive quarter.

Fortinet's earnings per share (EPS) is one thing that separates it from many of its peers, including Palo Alto. The $509.1 million in revenue Palo Alto reported last  quarter was a 27% improvement over 2016. The difference between Fortinet and Palo Alto is that Palo Alto's impressive revenue growth doesn't trickle down due to its sky-high spending.

Another step in the right direction

Despite Palo Alto's revenue growth, its EPS sank 20% to a negative $0.42 compared to 2016's loss of $0.35 a share. Fortinet, on the other hand, translated its strong top line into a significant rise in per-share earnings. A year ago, Fortinet was in Palo Alto's shoes: no profits to show for its stellar revenue growth.

This year is entirely different with EPS soaring to $0.13 a share, demolishing last year's $0.01 a share loss. A big part of the reason Fortinet turned its revenue into profits was that operating expenses inched up a mere 3.6% to $239.32 million, more than acceptable considering its stellar 17% jump in revenue.

An area to improve upon is shaving sales-related costs. As it stands, Fortinet's sales costs of $166.34 million equal 46% of revenue. Though, to Fortinet's credit, relying more on ongoing service revenue minimized its rise in sales and marketing costs to just 2% year over year.

Some growth investors may cringe at Fortinet's valuation of 105.7 times earnings, but there's no need. Fortinet's peer's average  price-to-earnings ratio (P/E) is a mind-boggling 116.9. Better still, looking ahead Fortinet is valued at a rock-bottom 33.9 times future earnings.

Though not all investors are enamored with share buybacks, Fortinet upped its existing program $300 million to $600 million in total, of which $456 million remains to repurchase additional shares between now and the end of Jan. 2018.

A year ago I was more bearish than bullish thanks to Fortinet's money-losing results. However, Xie's renewed expense management efforts and service revenue focus were clearly more than the "CEO-speak" investors often hear when financial performance isn't living up to expectations. But Fortinet is delivering, which is why it could be a gold mine for growth investors.