FDA approval for its lead drug candidate may have just become a bit more uncertain.

After TG Therapeutics, Inc.'s(TGTX -1.62%) discussion with the FDA regarding its most advanced clinical-stage drug raised concerns over a speedy approval, shares in the company are losing 15% of their value as of 2 pm EDT.

TG Therapeutics reported earlier this year that adding its TG-1101, or ublituximab, to AbbVie Inc.'s (ABBV -0.64%) and Johnson & Johnson's (JNJ 0.29%) top-selling Imbruvica resulted in an objective response rate (ORR) of 78% in patients with high-risk chronic lymphocytic leukemia. The complete response rate to the two-drug combination was 7%. These results matched up favorably to the 45% ORR and 0% complete response rates for Imbruvica on its own. 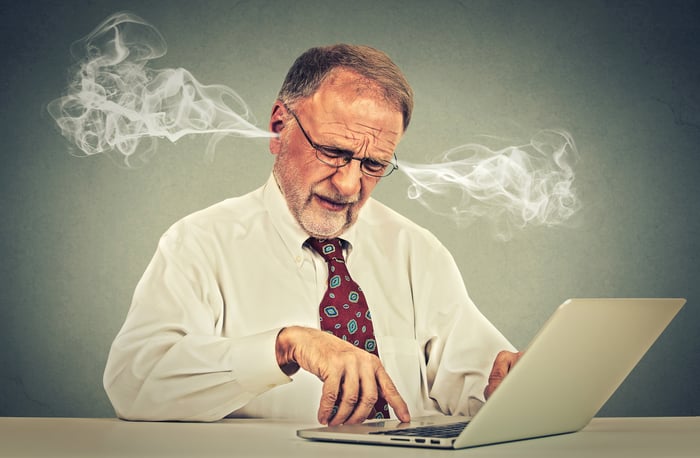 The FDA has been suggesting that it's open to using surrogate endpoints like ORR rather than overall survival when considering new cancer drugs for approval, and the combination of ublituximab's solid data and a willing FDA has led investors to believe ublituximab could win an accelerated OK.

Today, management poured a little cold water on that thinking.

After TG Therapeutics discussed ublituximab with the regulator, the use of ORR as an endpoint for approval remains up in the air. Instead, it seems the FDA might prefer progression-free survival data. TG Therapeutics expects to have a follow-up conversation to discuss this in more depth with the FDA before the end of 2017.

There's a big need for new therapies that can help CLL patients, but ublituximab's approval timeline just became a bit fuzzy. The company's current thinking is that it will file for FDA approval in the second quarter of 2018. If the FDA cooperates and TG Therapeutics hits that filing goal, then ublituximab could make its way to market either late next year or early in 2019, depending on the FDA's review time.

Overall, TG Therapeutics' ublituximab appears to be effective, and while anything can happen, I think this drug has a good shot at making it across the finish line. If I'm right, then it could enjoy peak sales in the nine figures someday. The company's got other ongoing trials that could have data available soon, too, and that could ultimately allow it to address an even bigger opportunity. Given the upcoming catalysts, buying this company's shares on a pull-back could be a good bet.