Please ensure Javascript is enabled for purposes of website accessibility
Log In Help Join The Motley Fool
Free Article Join Over 1 Million Premium Members And Get More In-Depth Stock Guidance and Research
By George Budwell - Oct 17, 2017 at 7:00AM

22nd Century Group may be ready to take flight as a result of the FDA's latest tobacco harm reduction initiative.

Shares of 22nd Century Group (XXII -5.84%), a plant biotech company focusing on the development of low nicotine cigarettes and smoking cessation aids, jumped by as much as 10.7% yesterday before ultimately ending the day up 2.14%. This brief double-digit rally was sparked by a new 12-month price target from Chardan Capital Markets analyst James McIlree.

What really appears to have caught investors' eye yesterday, however, was the magnitude of the price target increase. Specifically, Mcllree's new price target of $11.50 (up from $3.50) implies an upside potential of a whopping 310% compared to where the stock opened on Monday. 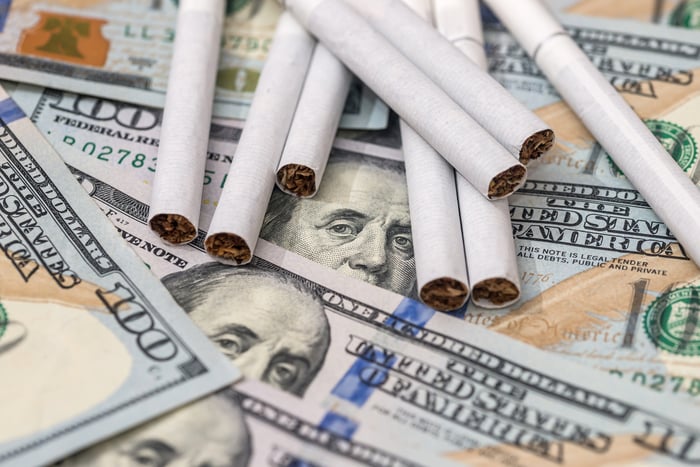 Although Mcllree's revised outlook was light on specifics, his central thesis appears to revolve around the latest tobacco harm reduction initiative from the U.S. Food and Drug Administration, or FDA. In short, 22nd Century Group's low nicotine cigarette platform may end up benefiting immensely from the FDA's new mandate, under the Family Smoking Prevention and Tobacco Control Act, calling for all combustible cigarettes sold in the United States to contain nicotine levels that are nonaddictive.

While 22nd Century Group does appear to be getting into the low nicotine cigarette game at almost the perfect time, there are still some good reasons to remain cautious with this speculative biotech stock right now. Big tobacco's ginormous lobbying machine, after all, could ultimately blunt the FDA's plans, and that would spell disaster for companies like 22nd Century Group that are counting on this latest regulatory overhaul to spur revenue growth in the years ahead. Thus, this promising small-cap biotech arguably isn't well suited for investors that are adverse to risk -- despite its tremendous upside potential.