Find out how these three stocks did so much better than the market.

Tuesday was another solid day on Wall Street, although major benchmarks finished on a mixed note. The Dow Jones Industrials pushed above the 23,000 mark for the first time, ultimately finishing a few points lower, but most indexes with a broader scope were closer to the unchanged level. Despite signs of strength from the healthcare sector in the form of good earnings, some market participants continue to worry about whether the White House can work with Congress on various domestic policy priorities. A few stocks overcame the general malaise to post outsize gains, and TransEnterix (ASXC -1.53%), W.W. Grainger (GWW -0.45%), and Overstock.com (OSTK 0.24%) were among the best performers on the day. Below, we'll look more closely at these stocks to tell you why they did so well.

TransEnterix gets a huge win

Shares of TransEnterix jumped by nearly half after the robotic surgical specialist got approval from the U.S. Food and Drug Administration for its Senhance robotic system. Many believe that TransEnterix could have a leg up on existing players in the robotic surgery field because of Senhance's unique technological advances, including a feature that gives surgeons a better sense of touch that mimics what they would feel if they were doing the surgery directly. With reusable instruments, Senhance also helps its users save money. Although it faces steep competition, TransEnterix has its shareholders feeling good about the future. 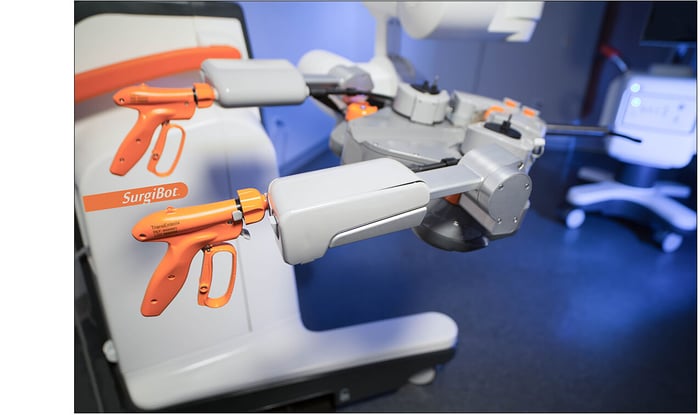 W.W. Grainger stock climbed almost 13% in the wake of the company releasing third-quarter financial results. The supplier of maintenance, repair, and operating products said that sales were up 3% from year-ago levels after adjusting for calendar differences, and investors were pleased with Grainger's bottom-line results even though adjusted earnings per share fell 5% from year-ago levels. CEO DG Macpherson said that digital marketing activities paid off during the quarter, and efforts to turnaround its struggling Canadian business are ongoing. With favorable guidance for the rest of the year, Grainger hopes to take advantage of improving conditions in its industry.

Overstock makes a bit of coin

Finally, shares of Overstock.com gained 11.5%. The company best known for its online marketplace has changed strategic gears and tapped into demand for cryptocurrencies, with its tZero subsidiary looking to take advantage of the popularity of internet coin offerings. The price of bitcoin jumped to nearly $6,000 in the past week, adding to huge gains both in 2017 and during the past several years. Overstock will have to prove that tZero's business model will be as successful as bitcoin has been in order to convince shareholders of its full potential.

Have $3,000? Buying These 3 Stocks Would Be the Smartest Move You Ever Made