The Oculus Go comes with a single controller that looks similar to the Daydream View's. The headset uses a "fast-switch" WQHD LCD screen and spatial audio and will be cross-compatible with Gear VR titles. Like the Daydream View, the Go is made from "breathable" fabric instead of plastic. Facebook didn't reveal any other hardware specs yet, but it stated that the development kits will start shipping next month.

The introduction of the Oculus Go indicates that high price tags and complicated PC setups are hobbling the growth of the VR market. Research firm SuperData estimates that only 6.3 million VR headsets were shipped last year, with Samsung's Gear VR leading the pack at 4.5 million shipments. Facebook reportedly only shipped about 240,000 Oculus Rifts.

During the first quarter of 2017, SuperData reported that Facebook only sold 64,000 Rifts, compared to 782,000 Gear VRs. The reason was simple -- Samsung had an established user base with its high-end smartphones, its setup was simpler and offered more mobility, and the newest model costs just $129.

The Oculus Rift previously cost $499, but the price was recently reduced to $399. However, it still needs to be tethered by cables to a gaming PC, which costs at least another $500. Hardcore gamers and tech enthusiasts are willing to pay that price and set up the hardware, but most mainstream consumers aren't.

Google Cardboard fared better at spreading public awareness of VR apps, and its core app has been installed up to 50 million times on Google Play. However, the apps for Cardboard generally offered a much weaker VR experience than native apps for the Gear VR and higher-end devices like the Rift and HTC's Vive. As a result, many people saw Cardboard as a neat trick, but they weren't compelled to buy a higher-end headset.

Therefore, the general consensus seems to be that mobile and stand-alone headsets, which are cheaper and don't require complicated setups, represent the future of the fledgling VR market. However, they also need to offer higher quality experiences than Cardboard to demonstrate that VR is a viable computing platform instead of a parlor trick.

Microsoft (NASDAQ:MSFT) and its hardware partners recently unveiled a wide range of "mixed reality" headsets that cost between $399 and $499. Those devices represent a step forward from the Rift and Vive, since they don't require external cameras to track movements, but they still need to be tethered to a PC via an external cable. 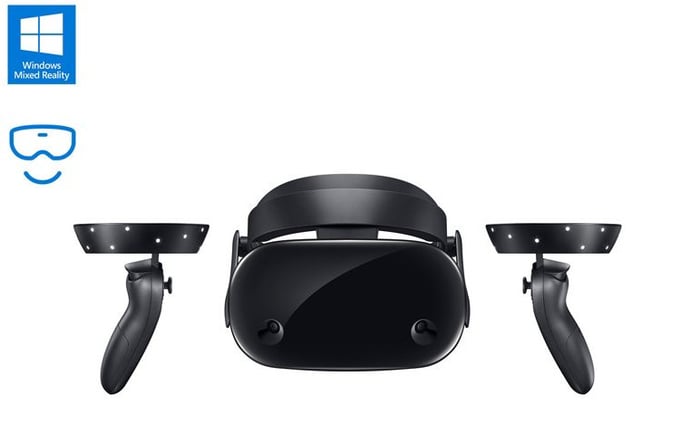 Google is building stand-alone VR headsets with HTC and Lenovo, which will reportedly use an "inside out" tracking similar to that of Microsoft's headsets to eliminate the need for external sensors. Like the Oculus Go, the headsets will be wireless and won't require phones or PCs. However, it's still unclear when these products will arrive or how much they'll cost.

Based on those facts, the Oculus Go seems to be a step ahead of the competition and could gain a first-mover's advantage in the mid-range "affordable VR" market.

Facebook already has an established VR platform with Oculus Home, which delivers apps and VR experiences to Rift and Gear VR users, so the Go could broaden that ecosystem's reach and widen its moat against Microsoft's Windows 10 and Google's Android in the VR market. Facebook has also given us a glimpse at the social possibilities of VR with online games and Spaces, its new "virtual room" feature for Facebook users.

It will likely take years for Facebook to break even on its $3 billion purchase of Oculus. But Facebook believes that a billion people will eventually use VR, making it a major computing platform for software makers. Investors should keep an eye on how the Go performs next year to see if that forecast is based on reality or a Silicon Valley pipe dream.