The long, storied history of the financial services giant is hard to match, but there are a few stocks facing similar transitions.

It's a brave new world

Tim Brugger (IBM): There was a time American Express was the preeminent credit card of the well-to-do, and its traveler's checks were a "must-have" whenever a vacation or business trip was forthcoming. Fast-forward to today, and AmEx isn't exactly a niche player in the highly competitive financial services industry, but it does seem to have lost a bit of its luster.

Though they play in entirely different sandboxes, IBM is undergoing a similar challenge as AMEX: finding its way in a transitioning marketplace. Until its recently released third-quarter earnings results, IBM stock had been under pressure due largely to the slowing growth of its strategic imperatives units, which include the cloud, cognitive computing, data security, and mobile.

While one quarter does not confirm that IBM's transformation away from legacy hardware to cutting-edge new markets is a success, it was a pleasant surprise and resulted in a 9% jump in share price in early Wednesday trading, the largest rise in eight years. The $19.2 billion in total revenue was essentially flat compared to a year ago, and IBM's $3.30 per-share earnings excluding one-time items handily beat analyst estimates.

As a group, strategic imperatives generated $8.8 billion last quarter, good for an 11% improvement. The all-important unit now has an annual run-rate of $34.9 billion, equal to 45% of IBM's trailing sales. IBM isn't out of the woods, but if it's able to string together a few more strong quarters where it counts, it will shed its similarities with AmEx way back when. 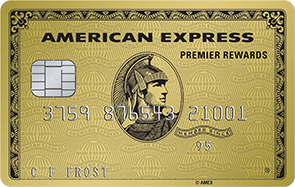 The competition is coming for Kroger

Rich Smith (Kroger): American Express 40 years ago, you say? That sure takes me back. 1977 was the year American Express ran the commercial featuring just-retired Brazilian soccer phenomenon Pele pitching (in Portuguese) the American Express card as "known and respected all over the world."

America's biggest supermarket chain is being attacked on multiple fronts today. Aldi and Lidl are attacking its profit margins on the bottom, with ultra-low-discount prices. Higher up, Amazon and Whole Foods are stealing high-margin customers with their promise to automate the process of grocery delivery direct to the home, saving shoppers both time and gas money.

To date, Kroger's best response to this threat has been to offer a clunky system for grocery ordering online, but requiring customers to drive to the store to pick up their eggs and milk. If you ask me, Kroger's reacting too little, too late -- and if it doesn't do better, faster, Kroger could be gone in 40 years.

Jeremy Bowman (Paypal Holdings): American Express debuted on the public markets nearly 40 years ago, in January of 1978. At the time, the company was synonymous with travelers' checks and charge cards, and it's ridden that brand strength and global reach to a 2,400% return during that time, even as its business has evolved.

The company that most reminds me of American Express today is Paypal Holdings, Inc., which has been at the forefront of online payments since the dawn of the internet and continues to dominate the digital payment space through organic growth and via acquisitions like Venmo and Xoom. American Express grew much in the same way over its history, swallowing financial companies like brokerage house Shearson Loeb Rhodes in 1981 and Investors Diversified Services in 1983.

Just as credit cards have exploded over the past 40 years, digital payments, especially with the proliferation of smartphones, are poised to do the same thing. The technology is convenient, safe, and customer-friendly. Venmo, for instance, has become enormously popular among millennials as a way to reimburse one another for meals, drinks, and other expenses.

With a valuation already at $80 billion, Paypal may seem like a giant, but so was American Express at the time of its IPO. The stock market is likely to expand exponentially over the next 40 years, meaning we'll probably have a number of trillion-dollar stocks by then. With its growth potential and leadership in digital payments, Paypal could easily be one of them.