Apple's latest chip is incredible, but this Fool thinks manufacturing technology snags held it back from reaching its true potential.

This year, Apple (AAPL 2.14%) announced a trio of new iPhones, each of which is powered by Apple's custom-designed A11 Bionic chip. The A11 Bionic is an impressive chip, offering solid improvements in CPU and graphics performance over its predecessor as well as enhancements that help boost battery life, camera and video image quality, and more. 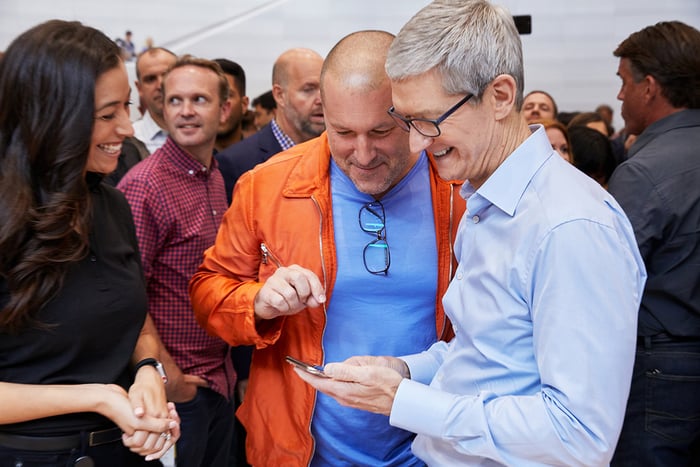 It's a great engineering achievement on Apple's part.

Despite that, I suspect that, thanks to issues with the Taiwan Semiconductor Manufacturing Company (TSM 1.50%) 10nm technology that the chip is built on, Apple missed some of its performance targets for the chip.

In the table below, I show Apple's claimed CPU and graphics performance increases over prior generation chips for each A-series processor generation going back to the A8 chip, which Apple introduced in the fall of 2014:

It might be tempting to blame this on Apple's engineering rather than on the underlying chip manufacturing technology, or it might seem reasonable to argue that at some point generational improvements become harder to come by as performance levels reach new heights.

Though I can't rule out either for certain, I think TSMC's 10nm technology simply didn't deliver the kind of performance that Apple (and likely TSMC) had hoped for (something that industry analyst Daniel Matte believes to be the case), which ultimately forced Apple to run the A11 Bionic's CPU and GPUs at lower frequencies than it had hoped to.

TSMC 7nm should be a lot better

The good news is that I think TSMC's upcoming 7nm technology, which will almost certainly be used to manufacture most, if not all, of Apple's upcoming A12 processors, will be analogous to TSMC's 16nm technology -- a technology that doesn't deliver as aggressive an area reduction but enables a large performance boost.

I think Apple's A12 will, enabled by TSMC's 7nm technology, deliver a much larger boost in both graphics and CPU performance compared to what the A11 Bionic did. This should help improve the user experience for next generation iPhones, particularly as the new phones may have Apple's fast ProMotion displays, which will require much more computing power than standard iPhone displays do.