Spectrum Pharmaceuticals (SPPI -2.86%), a biotech developing treatments for various blood disorders and cancers, saw its shares gain as much as 51.7% today on over 19 times the average volume. The spark was provided by an extremely impressive interim data release for the company's non-small cell lung cancer (NSCLC) candidate, poziotinib. Poziotinib's interim mid-stage results were released as part of an oral presentation at the 18th World Conference on Lung Cancer in Yokohama, Japan. 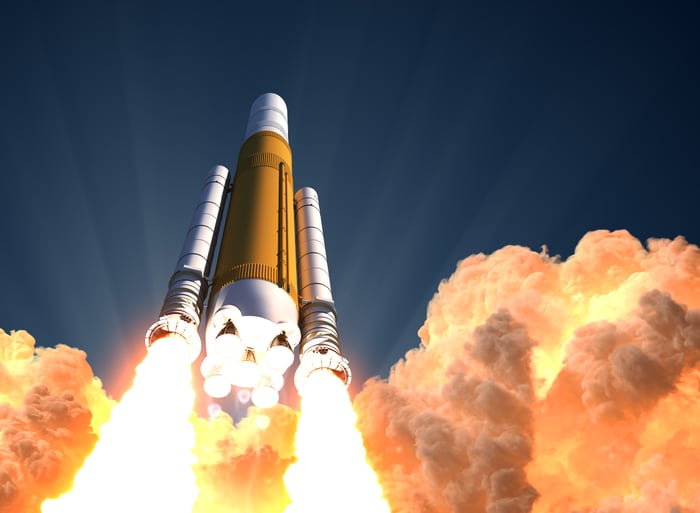 Spectrum has long been an oddball in commercial-stage oncology, because the company has largely failed to generate a robust revenue stream on a consistent basis -- despite having multiple products on the market. The crux of the problem is that Spectrum's diverse product portfolio lacks a bona fide star to drive growth.

Poziotinib, however, appears capable of filling that critical gap in the company's lineup. After all, 11 evaluable patients in this mid-stage study showed at least some amount of tumor shrinkage. The drug's safety profile also appears to be fairly standard for a tyrosine-kinase inhibitor, meaning that safety issues shouldn't be a major concern.

Of course, it is important to bear in mind that these results -- while impressive -- are based on an exceedingly small sample of NSCLC patients. In other words, Spectrum probably won't be able to apply for an accelerated approval pathway with either American or European regulatory authorities.

Investors should therefore probably brace themselves for a fairly large secondary offering, within the next few trading sessions, as a way to fund the drug's clinical development. Spectrum, after all, exited the most recent quarter with only $138.5 million in its coffers.