United, America's fourth biggest airline by traffic, confirmed Wednesday evening that its Q3 revenues declined 0.4% in comparison to Q3 2016, while operating profits plunged 33% and net income was down 34%. A reduction in share count pared the company's per-share profit decline to only 30% -- but even that wasn't good enough to prevent a sell-off in the shares. 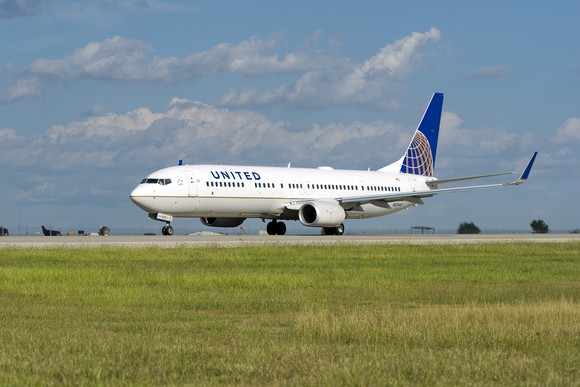 But even so, operating profits for the quarter declined by $532 million, indicating that while hurricanes might have been part of the problem, United cannot blame all of its problems on the weather. Adding to the airline's difficulties were "higher fuel and labor expense," which helped to push operating costs up 6% year over year.

In a separate report, United updated investors on how things are looking for the rest of the year. For both Q4 and for the year as a whole, United is looking to reduce capacity (i.e. seats and flights) by about 3.5% in comparison to 2016. One would think that by limiting supply it would help to bolster pricing and profits at the company.

Instead, United says it expects to see revenues decline by at least 1% year over year in Q4, and perhaps by as much as 3%. At the same time, operating costs (ex: fuel) are expected to grow by at least 2.5% in the quarter, and by at least 3.3% for the full year. With higher costs, but less revenue to pay for them, it's looking like Q3's bad results could get even worse in Q4.