This biotechnology specialist is soundly beating the broader market. 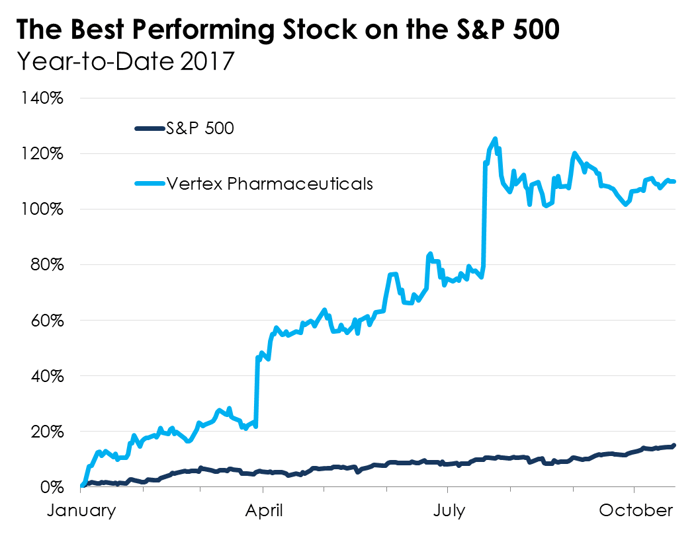 Vertex is a global biotechnology company that specializes in treatments for cystic fibrosis, a genetic disease that affects the lungs and limits patients' ability to breathe.

The company sells two treatments: Kalydeco and Orkambi. What makes them unique is that they address the underlying cause of cystic fibrosis; other drugs on the market just treat the side effects.

Vertex's stock has climbed as the Food and Drug Administration (FDA) continues to expand the population of people approved to take Kalydeco as a treatment. Its original approval in 2012 was for cystic fibrosis patients with a specific mutation in the gene that causes the disease. At the end of 2014, Kalydeco won a second approval, followed by approval for another 10 mutations in 2015. Earlier this year, that was increased again to 33 mutations.

It is a promising trend not only for patients with cystic fibrosis, but also for shareholders of the Boston, Massachusetts-based company. And things could get better from here, as Vertex is seeking approval for additional treatments.