Please ensure Javascript is enabled for purposes of website accessibility
Log In Help Join The Motley Fool
Free Article Join Over 1 Million Premium Members And Get More In-Depth Stock Guidance and Research
By John Maxfield - Oct 23, 2017 at 9:11AM

The nation’s second biggest bank by assets has shifted its focus from expense management to revenue generation.

After spending years retreating and retrenching in the wake of the financial crisis, it seems clear that Bank of America (BAC -0.83%) is changing gears. On the bank's latest earnings call, Chairman and CEO Brian Moynihan rattled off a list of things the bank is doing to go on offense.

In the first case, it's investing heavily in technology, a reflection of the ongoing digitization of banking. Through the first nine months of 2017, Bank of America has spent $2.25 billion in technology-related investments. 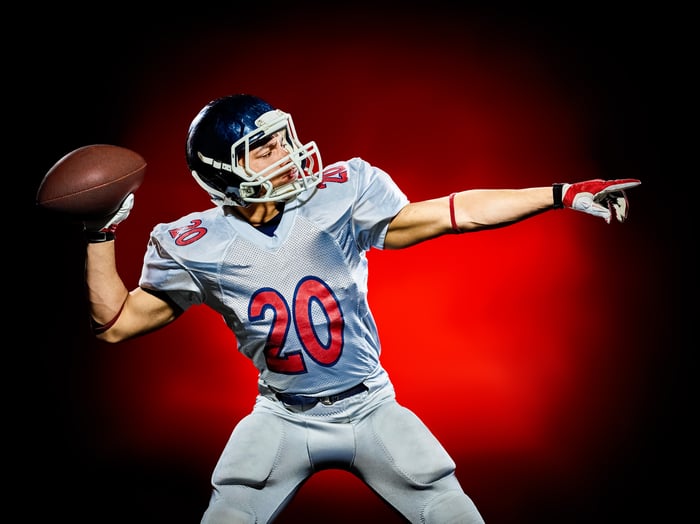 Bank of America is back on offense. Image source: Getty Images.

"Look no further than the branch in your pocket for evidence of that," said Moynihan.

What he's referring to is the growth in Bank of America's mobile banking capabilities. At the end of the third quarter, the Charlotte, N.C.-based bank had 34.5 million digital banking users, with 23.6 million of those being active users of its mobile banking app.

Bank of America's customers logged in to its app 1.2 billion times in the three months ended Sept. 30, equating to a 19% increase over the year-ago period. All told, more than one in every five deposits made at the bank was on its mobile app. 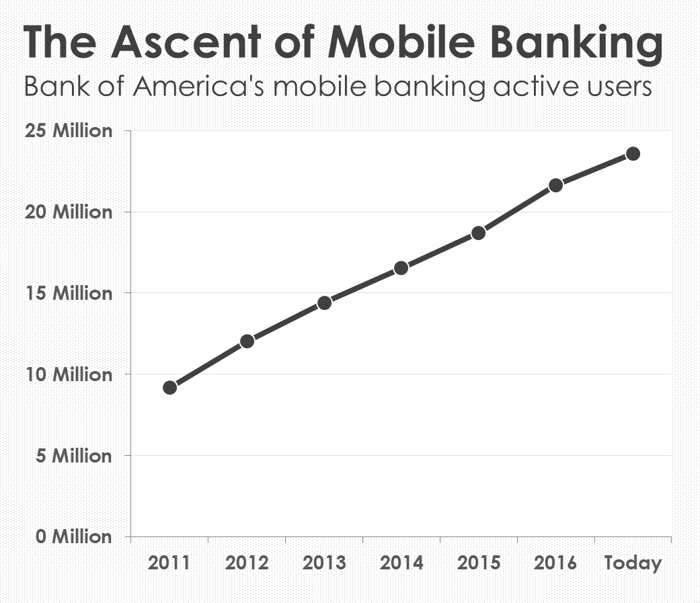 Bank of America isn't anywhere close to being done with its digital transformation. Another area it's expanding involves digital payments, with its latest offering, Zelle, accounting for $4 billion worth of money transfers in the third quarter.

It's delving into artificial intelligence as well. It's slated to roll out its retail-based AI service named Erica through the next couple of quarters. It is also using AI to "efficiently prospect business clients and offer client receivables management alternatives to our clients," said Moynihan.

Beyond technology, Bank of America is investing in its branch network. This may catch some investors by surprise, given that the bank has spent the past decade culling branches, which have declined from more than 6,100 in 2009 to about 4,500 today. 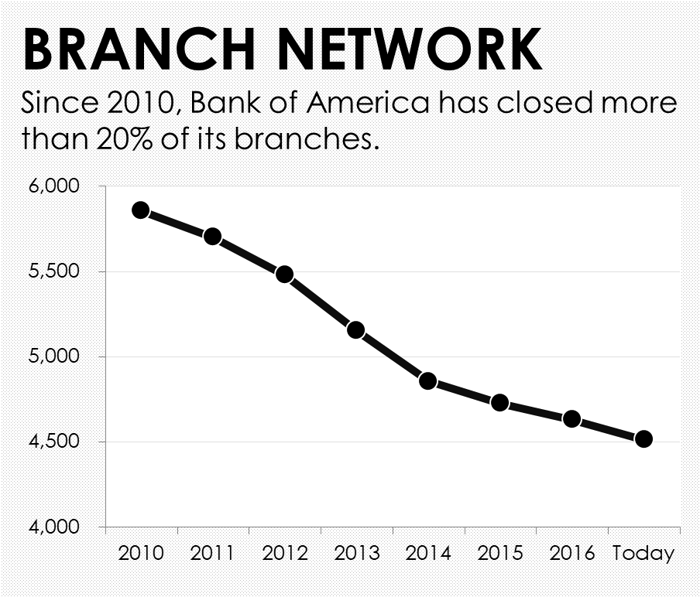 But Bank of America's is nevertheless keeping branches and is updating the ones that will stick around.

"We continue also to invest in our physical network by refurbishing nearly all our existing financial centers, which is well under way and we will complete over the next couple of years," said Moynihan. "We have been and we will continue to open centers and markets where you have a strong commercial banking wealth management client base that lack financial centers due to historical issues."

Finally, while Bank of America has similarly focused on reducing its headcount, dropping it from about 290,000 employees in 2011 down to 210,000 today, the bank is now on the hunt for employees who generate revenue. To that end, it has added 2,000 primary sales professionals over the past 12 months, split between relationship bankers, financial advisors, and commercial and business bankers.

In short, while Bank of America has had a long row to hoe over the past decade, its latest shift toward strategies that will drive revenue suggests that the nation's second biggest bank by assets has once again gone on offense.