Still confused about bitcoin? Don't know what cryptocurrency is? Can't figure out why anyone would want to make a chain out of blocks? You've come to the right place.

The biggest investing story of 2017 has undoubtedly been the incredible take-off of cryptocurrencies. While there have been dozens of initial coin offerings (ICOs) and several cryptocurrencies have risen to various levels of prominence this year, the undisputed champion remains bitcoin. Yet, while there is plenty of hype and buzz surrounding this cryptocurrency, a great deal of confusion still exists concerning what exactly bitcoins are, how they might prove to be useful, and whether they truly represent a once-in-a-lifetime investment opportunity or if there is a bitcoin bubble ready poised to burst.

With this sense of confusion in mind, here is a brief primer for investors wanting to know more about the biggest investing story of 2017. 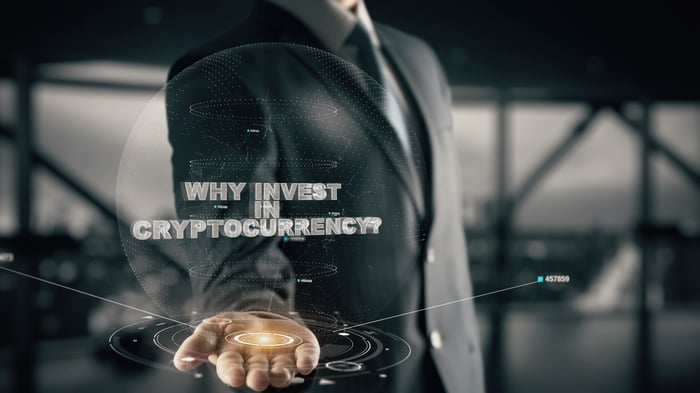 Bitcoin is the king of cryptocurrencies but does it make for a good investment? Image source: Getty Images.

So what exactly is a bitcoin?

It's probably best to begin by defining the terms. Bitcoin is a type of cryptocurrency. One of the better definitions I've found is from OxfordDictionaries.com, which helpfully defines cryptocurrency as "a digital currency in which encryption techniques are used to regulate the generation of units of currency and verify the transfer of funds, operating independently of a central bank."

It might be useful to think of bitcoin as a digital currency that can be used to complete a transaction between two parties without involving a middleman. In other words, it enables direct, private transactions between users, with virtually no transaction costs; something it can accomplish because it is powered by blockchain technology.

The real innovation is blockchain technology

A blockchain is a decentralized and distributed ledger that can be accessed by many different parties simultaneously. When a transaction is completed, it is recorded on a "block." When a block's memory is full, it is added to the end of the blockchain, always in successive order. It then becomes part of the permanent database of transactions of the blockchain. For the purposes of bitcoin, the blockchain records transaction details, like the amount and time, but not personal details of the parties involved. 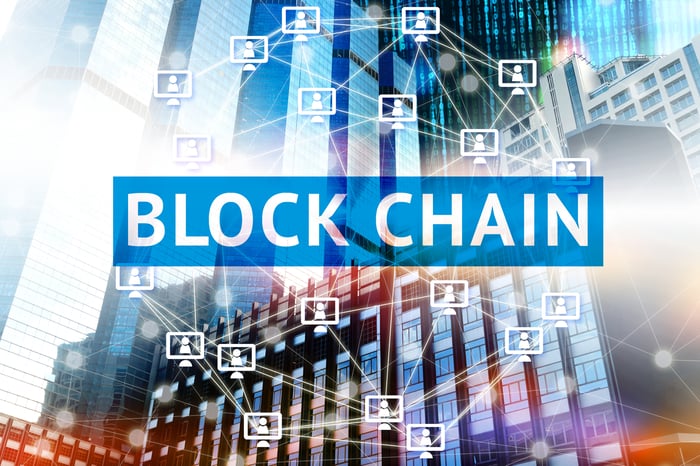 Of course, when used for applications other than bitcoins, the blockchain can be used to record all sorts of information which is why several companies are already using blockchain technology for a variety of applications aside from cryptocurrencies. These applications include everything from financial trade platforms to proxy voting to supply chain control.

The blockchain is monitored by computers connected to the network called nodes. A node receives a downloaded copy of the blockchain upon joining the network. When a new transaction is recorded, each node is able to independently record and verify it. Once information is recorded in a block, it cannot be altered unless the entire network agrees to the change.

How do I buy bitcoin?

There are several ways to buy bitcoin. One of the most popular is through a bitcoin wallet, a digital wallet used exclusively for bitcoins. The most popular of these bitcoin wallets is probably Coinbase, which lets users link an existing bank account to deposit and withdraw funds for the purpose of purchasing and selling bitcoins. Another bitcoin wallet featuring a nifty feature is Wirex, which comes with a payment card that converts your bitcoin into the local currency when making a purchase.

Another way to purchase bitcoin is through Bitcoin Depot, which allows users to make cash deposits at select ATMs located in several states. Minutes after depositing cash, the purchased bitcoin will be deposited in the user's Airbitz bitcoin wallet.

For investors, the easiest way to gain exposure to bitcoins is probably through their brokerage. Funds like the Bitcoin Investment Trust (GBTC -4.04%) were created for this very purpose, but beware: Often shares in this and similar ETFs trade far above the underlying bitcoin exposure.

Are bitcoin and other cryptocurrencies good investments?

Unfortunately, I just don't know. Bitcoin prices have seen a meteoric rise this year, something I would have never predicted, and has experienced chaotic volatility along the way. Even as I wrote articles about bitcoin, I stood on the sidelines and watched as prices soared more than 500% year-to-date. At least I'm in good company, though: None other than Warren Buffett called bitcoin a "mirage" in a CNBC interview in 2014. More recently, JPMorgan Chase CEO Jamie Dimon said, "If you're stupid enough to buy it, you'll pay the price for it one day." On the other side of the debate, Christine Lagarde, the head of the International Monetary Fund, recently stated virtual currencies might end up giving existing currencies a "run for their money."

What cannot be denied is that investors who have purchased bitcoin have done spectacularly well with it thus far. While it's not something I would want anyone to bet their retirement on, if someone wanted to take a speculative bet on bitcoin or another cryptocurrency, I could appreciate the instinct. Just understand, unlike a disciplined, fundamental approach to investing in the stock market, it is nearly impossible to accurately gauge the intrinsic value of bitcoin or other cryptocurrencies.

Given the amazing returns the cryptocurrency market has seen this year, it would also probably be wise to remember that prices will not continue to go up forever -- nothing ever does. With that in mind, potential investors should proceed with caution.